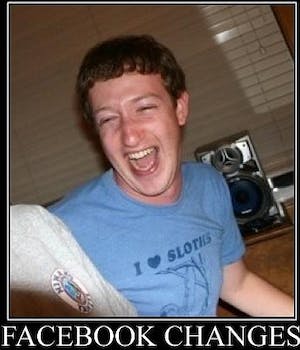 Taking a cue from Twitter and Google+, Facebook added Interest Lists, a feature that allows you to sort people and brands into seperate categories.

One of Facebook’s most effective strategies has always been to incorporate the strengths of other sites like Twitter and Google+ in its quest to become the only social network you’ll ever need, most notably with its Newsfeed feature.

That’s why it’s almost surprising that it’s taken Facebook until now to add Interest Lists, a feature not unlike Twitter lists and Google+ circles, which allows users to sort people and brands into separate categories. That way, if you just want to get your sports fix, you can create or subscribe to a list that’s all-sports updates without having to look at Farmville updates in between.

“When (users) are hanging out on their Facebook Newsfeed, they’re looking for bits of information that interest them, and they’re not really open to advertising. The Newsfeed is like a personal inbox, and nobody pays attention to ads in their email. However, when people are checking out a special curated list that they’ve taken the extra step of subscribing to, say one with all 32 NFL teams, they’re more open to see advertising based on the content they’re reading.”

It will eventually come down to how people choose to utilize the Interest Lists feature. If they take it upon themselves to create their own lists (like they do on Twitter and Google+), then it should facilitate a more focused, less cluttered experience.

But if Olanoff is right, and Facebook focuses its efforts on pushing pre-existing lists where advertisers have already claimed real estate, then it may threaten the original intent of Facebook: connecting with friends.