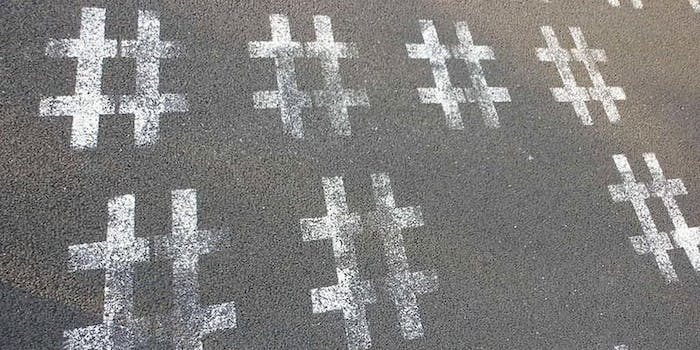 A new study shows that Facebook’s implementation of hashtags has not aided in getting companies more exposure on the network. In fact, data show that people are more drawn to posts without hashtags.

The study, released by EdgeRank Checker, a Facebook analytics service, showed that posts using hashtags actually receive less viral reach than those that do not. This discovery is strange because many thought that when Facebook introduced hashtags in June, it would increase the reach of content.

Hashtags create a way for users to search for other relevant content that is marked by the original poster. For example, if you are a coffee shop owner you may post a piece of content and mark it with #espresso. A customer could then click on this hashtag and see other content marked with the same hashtag. Twitter has a “trending” section where popular hashtags are displayed and some companies have seen major success when hashtags go viral. 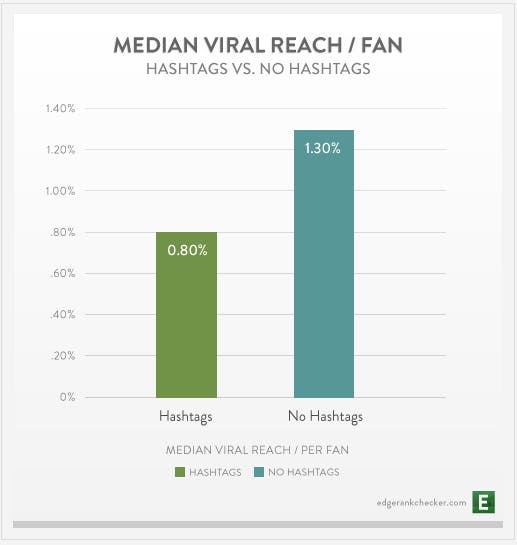 Besides showing that posts with hashtags were less viral, the study also showed that engagement per fan was also down for hashtagged posts.

The study concluded that the problem with using hashtags is mostly to blame on the way companies use them on Facebook:

“For some brands, they’ve created campaigns around particular hashtags and use them in all posts associated with the campaign. By nature, campaigns are promotional, therefore more likely to drive less engagement, less clicks, and ultimately less Reach.”

While these results are early and have not been vetted, they are the first signs that Facebook’s journey to become more Twitter-like may be in vain.

Next time you post to Facebook and are tempted to use a hashtag, you may want to #reconsider.