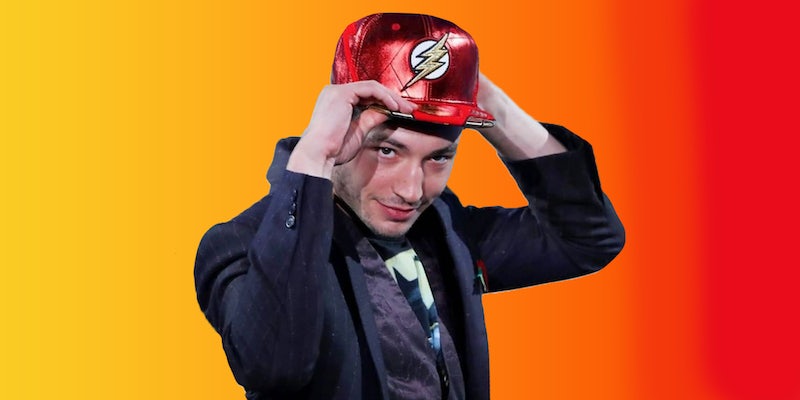 DC fans are questioning why 'The Flash' remains on track while 'Batgirl' got canceled.

Ezra Miller‘s legal troubles are one of the biggest Hollywood controversies of 2022, casting doubt on their upcoming role in The Flash. So it’s surprising to hear that Miller returned for Flash reshoots this summer, in the midst of multiple arrests and criminal citations.

In a new article about Warner Bros.’ evolving plans for the DC franchise, The Hollywood Reporter mentioned that “Miller participated in regularly scheduled additional photography over the summer, apparently without incident, before being charged with burglary—their third arrest this year—on Aug. 7 in Vermont.” This raises questions about Warner Bros.’s attitude to Miller’s behavior, seeming to endorse the actor’s continuing role as a franchise headliner.

Among other issues, Miller was arrested several times while visiting Hawaii in March and April, resulting in charges of harassment, disorderly conduct, and second-degree assault. Then this summer, they faced accusations of grooming and abuse regarding 18-year-old activist Tokata Iron Eyes. Her parents took legal action against Miller, accusing the actor of using violence and intimidation to control their daughter—something Tokata Iron Eyes explicitly denied and described as a “smear campaign.”

Meanwhile, Miller was accused of harassing a mother and child, who alleged that Miller brandished a gun in their presence. And according to a Rolling Stone report in June, Miller has been housing a different woman and her three children on their farm in Vermont, resulting in alarming allegations of child endangerment involving guns and ammunition left around the house.

Needless to say, the idea of Miller filming more Flash scenes is pretty mind-boggling. There’s been a lot of speculation about Warner Bros. potentially shelving the film outright, something that could still happen if Miller’s behavior continues to escalate. However, this would be financially disastrous for the studio. According to THR, Warner Bros. is weighing two other options: Rehabilitating Miller’s image before the film’s 2023 release, or keeping Miller off the publicity tour but still releasing the film as planned.

This would already be scandalous under normal circumstances, but Warner Bros. is also facing extra scrutiny as it restructures the DC franchise. Recent corporate decisions included canceling the fully-filmed Batgirl movie and reportedly “slowing” development on several projects including Supergirl, Ta-Nehisi Coates’ Superman, and Static Shock—all of which star characters of color.

As a result, many fans are drawing comparisons between these decisions and Warner Bros.’s choice to keep supporting The Flash. And every time there’s a new headline about Miller’s legal issues, it’s met with questions about The Flash‘s cancellation status. It’s hard to imagine this film arriving in theaters as normal in June 2023, but with a $200-million budget on the line, Warner Bros. is clearly trying to be as optimistic as possible.