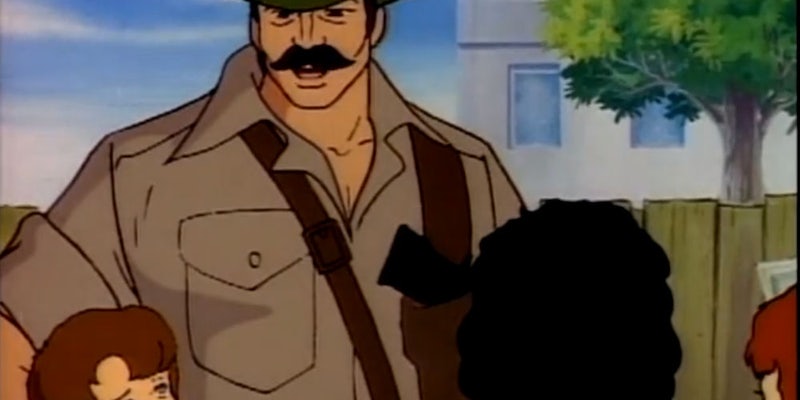 The definitive ranking of all 25 Fensler G.I. Joe parodies

Believe it or not, it has been 10 full years since a member of G.I. Joe's team first asked for a body massage.

Believe it or not, it has been 10 full years since a member of G.I. Joe’s team first asked for a body massage.

Beginning in 2003, Fensler Films made a name for itself by remastering old episodes of G.I. Joe. These became some of the defining viral videos of the pre-YouTube era; I brought my external hard drive to friends’ houses to collect Limewire downloads of them all. Subtle edits and not-so-subtle dialogue dubs made the cookie-cutter 1980s cartoon series into an absurdist collection of shorts that found the heroes suddenly saying things like “I am a computer” and “These beats are fresh.” They aimed for the PSAs that appeared at the end of every episode, which were lame even by 1980s standards and could barely be taken seriously. Honestly, after watching Roadblock risk his life in battle against Cobra Commander, G.I. Joes really have no right to tell me not to mess with a live wire that fell from a pole.

Here are all 25 of the Fensler PSA parody videos, ranked from best to worst. There’s really no contest for what’s at the top of the list, but come with us as we explore the lesser-known titles, too.

Last one there’s a penis pump.

Mutt, who has assumed the role of a computer, enlists the help of a snarling dog to teach a child about the dangers of illegal downloading. Not only is the clip hilarious—and one of Fensler Films’ best-known edits—but it is also far more effective than the “You wouldn’t steal a car” PSAs that studios place onto DVDs.

There is really nothing funnier than kids engaging in filthy exchanges—including one that works in the phrase “I fuckin’ haxxored your mom’s ass last night”—and mistaking Deep Six for Buzz Lightyear.

Let’s face it: Your entry is going to earn a high ranking when it opens with the phrase “Last one there’s a penis pump!” Enjoy watching Snow Job, retrofitted with a thick Cockney accent, yell at kids to get away from his frozen lake.

“Japanese” earned its high rank purely for the amount of WTF that is going on. Quick Kick catches a kid who falls out of a tree and the group follow up the rescue with a short conversation in full Japanese.

When a young girl with an impressive belch and her brother decide to grab more over-the-counter drugs, Doc pops in their window. He belts out some catchy reggae, which the brotherly effortlessly joins in on. Simple. Perfect.

Poor Johnny and his brother wake up to a fire engulfing their house. Barbecue shows up and proves that he isn’t much in the way of comfort.

“Slip” is simple and to the point. Not a single member of the G.I. Joe team shows up to help a young child who falls off of a cliff. Buck up, kid, Wile E. Coyote fell off hundreds of cliffs without G.I. Joe swinging in to save him at the last minute.

At the local carnival, a lost and very confused child runs into Alpine, who cannot speak anything but “mimimimi.” This episode, the very first of Fensler Films’ G.I. Joe PSA parodies, is rife with the trademark absurdity that gripped Adult Swim programming in the early 2000s.

9) There’s No Retard in Team

Flint decides to visit a youth soccer game and brief the players on military developments in the Middle East. The kids’ reactions are priceless.

When he smells a fire, Blowtorch is initially excited over the scent—until he realizes two young boys are about to burn their house down. He chases the pair out of the house with a chorus of “Get the fuck outta here!”

More of the early 2000s absurdist humor of Adult Swim can be seen in “Nosebleed,” Fensler Films’ second-ever G.I. Joe parody. Footloose shows up to pummel a child who already caught a sacking and nosebleed during a soccer game.

There’s nothing better than spotting a live wire on the roadway—and then Roadblock showing up touting free body massages. Possibly the most quotable line in the whole series, and many people’s introduction to Fensler’s work.

Dripping with pure absurdity, “Australian” finds a “down under” version of Recondo visiting a group of children and locking one of them in an old refrigerator.

At a high school dance—which Airtight just happens to be attending, for reasons unknown—he comments on the freshness of the beats. Instantly quotable.

Gung-Ho, thanks largely to his attire, is transformed into the very effeminate “Mr. LaFitte” in this episode. Standing at the edge of a skatepark, he compliments the various children playing there on their outfits and demeanor.

Young, bike-stealing Johnny is about to get the shock of his life when Shipwreck intercepts his theft. He isn’t there to badger him, though; rather, he is overjoyed to see the child who may very well be his long-lost son.

Buzz Lightyear, better known as Deep Six, returns—gibberish and all! In this episode, he chases two kids who cannot speak in complete sentences out of the water just before lightning strikes.

While “Fire Alarm” is worth a chuckle, nothing truly memorable comes from the kids or Barbecue, who talks unintelligibly through his helmet.

The entire “Motorcycle” episode feels like a setup for a joke that just doesn’t deliver. A young, aloof boy is being fed some rough words from an evil-looking driver before Wild Bill shows up and sings about his motorcycle. The kid doesn’t get what exactly is going on, and neither do we.

Lady Jaye enters a construction site where two young kids are playing, looking for her pink purse so she can smoke a cigarette. The young girl suddenly goes into a trance of some kind, producing a pretty hilarious reaction shot from Lady Jaye.

In this episode, Spirit wraps a child whose sleeve is on fire in a blanket and rolls him around—for an uncomfortably long time.

Scarlett’s chance to go water-skiing is stolen by a young boy, despite his initial failed attempt at the sport. She spends the rest of the episode gazing out to sea and singing. We wanted to do the same thing after watching this one, as it would have been far more entertaining.

This video clocks in at just over 2 minutes, but it feels like so much longer. Coach Cutter engages team members of a Little League team in some nice innocent sexual innuendo before challenging them to an extended belching contest—which goes on far too long.

“Pimp” starts out promising—after all, it is about a 10-year-old pimp who finds a rabbit—but Spirit’s appearance pretty much deflates the short.

Ranking last is “Car Accident,” which features two kids barely escaping being flattened by Dusty’s Jeep. He exits the vehicle and screams a near-unintelligible “Game Over Yeahhhh!,” a clear indicator that there simply wasn’t enough to work with here.