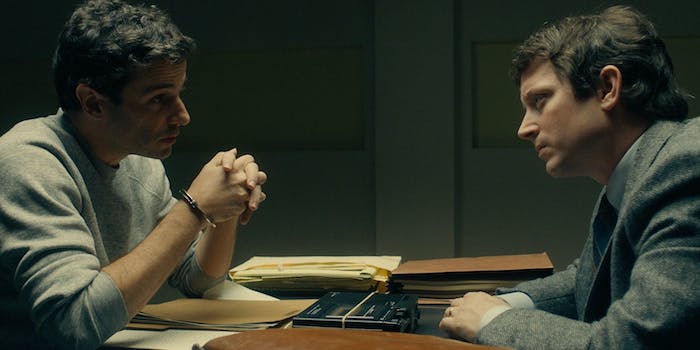 This week in streaming: The best of Tribeca 2021

Plus: A review of 'False Positive' and some thoughts on the political nature of 'Star Wars.'

The best of the 2021 Tribeca Festival

I’ve always had a soft spot for the Tribeca Festival. It’s the first film festival I professionally covered, it never felt too unapproachable for a novice film critic, and it gave me the avenue to spend a couple of weeks up in New York to watch a ton of great movies. In its 20th edition, Tribeca is among the first film festivals to bring back in-person screenings since the pandemic started. Here are a few films I enjoyed at this year’s festival:

Catch the Fair One: In director Josef Wladyka’s revenge thriller, there’s nothing glamorous about the depths to which Kaylee (boxing champion Kali Reis, who co-wrote the film) will go to extract her sister from the human trafficking ring that abducted her two years prior. But Kaylee isn’t afraid to fight dirty in this dark journey into a woman’s attempt to take down some of the forces that tore her family apart.

No Man of God: You don’t have to go far to find a movie or TV show about Ted Bundy, one of America’s most famous serial killers. In No Man of God, director Amber Sealey focuses on the final years of Bundy’s (Luke Kirby) life through the eyes of FBI analyst Bill Hagmaier (Elijah Wood). It doesn’t attempt to romanticize Bundy, but it doesn’t shy away from his allure, either.

The Novice: Before making her directorial debut, Lauren Hadaway had a decade-long career working in sound departments. In The Novice, which won three jury awards, the fact is evident as it harnesses sound and a surreal atmosphere like a weapon that will invoke the likes of Black Swan or Whiplash in a tense and thrilling character study.

7 Days: I’ve seen my fair share of COVID-centric projects over the past 15 months of the pandemic, and 7 Days, Roshan Sethi’s rom-com set in the early days of the pandemic, is easily among the better ones. After a disastrous date set up by their parents on an arranged marriage site, COVID forces one of them to crash at the other’s place. (But you may have to hold a lot of suspension of disbelief around its COVID depictions.)

A guide to Disney+

The world of streaming is overcrowded with options, but there are some classics that never go out of style. That’s why we love Disney+, a service that mixes the best of today’s content with a massive library of iconic classics. From the MCU to the Apple Dumpling Gang, here’s everything you need to know about Disney+.

False Positive doesn’t waste any time showing us where it will end up: In the first scene, protagonist Lucy (Ilana Glazer) wanders down the street, drenched in blood. But the journey there is complicated by a meandering script. False Positive concerns Lucy, an advertising exec who’s been trying to get pregnant for two years. Her surgeon husband Adrian (Justin Theroux) is supportive of her desire for a child, but doesn’t really have much of a personality or point of view. He does, however, have a direct line to the best fertility specialist in the city, Dr. Hindle (Pierce Brosnan). Hindle is Adrian’s medical school mentor, but somehow Lucy has never heard of him until now. False Positive is now streaming on Hulu.

Further details of The Acolyte, writer/producer Leslye Headland’s new Star Wars series at Disney+, are still under wraps, but a new AV Club interview shed some light on Headland’s attitude to the franchise—and it sounds like she’s very invested in Star Wars‘ political side. “When I do go on social media,” said Headland, “The feedback is ‘Don’t make Star Wars political,’ I’m like, ‘George Lucas made it political. Those are political films.’ War is, by nature, political.’” After all, the original movies are full of political allegories, most obviously the fascist imagery of the Empire.

Now Playing: “This Town Ain’t Big Enough for Both of Us” by Sparks