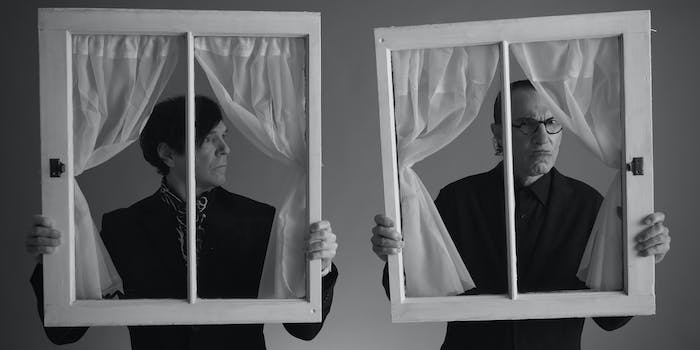 ‘The Sparks Brothers’ shines an overdue light on the influential band

Sparks is one of the greatest and most influential bands that you’ve probably never heard of, The Sparks Brothers, Edgar Wright’s comprehensive documentary on Sparks, argues. It’s an effective argument, one that spans over five decades (and counting) and doubles as a love letter to the band that is still pushing the envelope after all these years.

Release Date: June 18, 2021
Director: Edgar Wright
Release: Theatrical
Edgar Wright’s joyous love letter to Sparks is both a comprehensive appreciation of the Mael brothers’ decades-long career as well as a roadmap for people who might be unfamiliar with their work.

You can tell from the start that Wright has a deep fervor for Sparks, in both his interviews with the duo, brothers Ron and Russell Mael, and the attention to detail he gives to their discography. When it’s eventually his turn in the interview hot seat, he gives himself the title of “Fanboy.”

And he’s far from the only celebrity fan that Wright taps for interviews to gush about Sparks: Neil Gaiman, Beck, Fred Armisen, Mike Myers, “Weird Al” Yankovic, Jason Schwartzman, and Amy Sherman-Palladino are just some of the familiar faces who pop up in The Sparks Brothers alongside many of Sparks’ famous collaborators and contemporaries. (Frequent Wright collaborators Simon Pegg and Nick Frost even cameo as the voices of John Lennon and Ringo Starr, respectively, in a delightful imagining of a phone call that’s depicted in claymation.)

Across several decades, Wright charts the career of the two brothers who were born and raised in California and broke out in the U.K. When their current iteration stopped working, they reinvented themselves; sometimes they changed direction just because they wanted to.

The Sparks Brothers revels in playing around with the expectations of a music documentary. In some regards, it doesn’t go all that deep beyond the music; the information overload can also be a bit exhaustive. After a while, the Sparks albums might blend together for those not as familiar with their extensive (in both size and tone) and eclectic discography. And clocking in at nearly two-and-a-half hours, The Sparks Brothers is a lot of movie.

But it’s never a bore to watch. Wright plays around with its imagery, looping in home videos from the Mael brothers, 2D animation, claymation, and puppetry. He uses black-and-white film whenever the camera turns onto its interview subjects. It’s also a way of capturing some of the ways in which Ron and Russell’s life-long love of cinema has influenced them.

For someone who might watch The Sparks Brothers without knowing much (if anything) about the band, it’s a fantastic crash course for a duo that one talking head described as “a music enigma” and another called “the best British group to ever come out of America.” They’re much more than the heartthrob (Russell) and the guy on the piano who used to sport a Hitler and Chaplin-esque mustache (Ron). And given how they’ve only now been able to approach a new medium that’s eluded them for decades—film, in the form of the upcoming musical Annette (which they co-wrote the script and music for)—it’s evident that they’re still not done reimagining the wheel.

The Sparks Brothers is now in theaters.