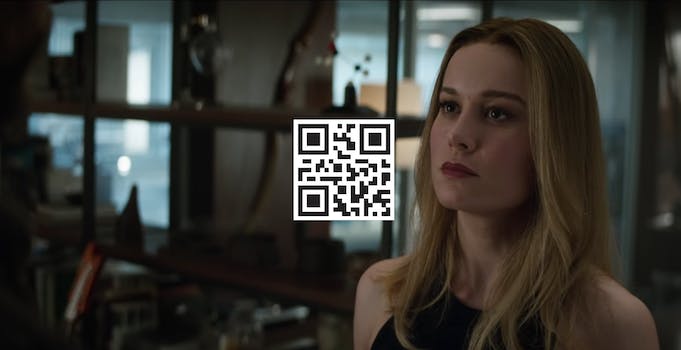 Marvel fans are talking about ‘Endgame’ spoilers in QR codes

It's a genius workaround to avoid spoiling the film.

Directors Joe and Anthony Russo, aka the Russo Brothers, pleaded with fans to not spoil Avengers: Endgame for those who have yet to see the last chapter in the 11-year franchise. And, except for a handful of people carelessly tweeting out major spoilers, dedicated Marvel fans have mostly honored the Russo Brothers’ request. But some fans have found a creative workaround to share their thoughts on Endgame without spoiling the film on social channels: QR codes.

Yes, some fans are creating custom QR codes that, when uploaded to a QR reader, translate to one (or several) sentences about Endgame. These range from theories to reactions to hot takes. Fans are literally talking in code to avoid spoiling the film for others, and it’s heartwarming.

To find these QR code messages, search for variations of “Endgame QR” on Twitter. But, a warning: If you haven’t watched Endgame and don’t want key plot points spoiled, do not upload these QR codes!

if endgame hurt you, scan this qr code to feel better pic.twitter.com/kH1fUOXqPR

It’s safe to assume that within a couple of weeks, fans will start talking about spoilers openly, without using codes. But for now, it’s beautiful to see so many fans talking in code to avoid spoiling the film for others.

As many fans pointed out, the Twitter app includes a QR code scanner that allows you to upload these QR codes. There are also many QR code reader apps available for Android and iPhone.