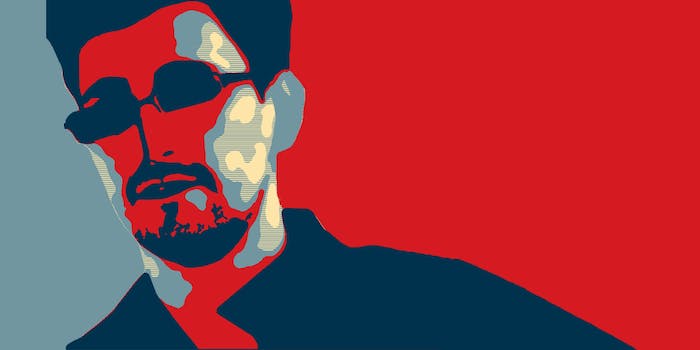 Edward Snowden to stay in Hong Kong until “asked to leave”

Edward Snowden, who leaked a slideshow proving the existence of the NSA‘s Internet surveillance program PRISM, has no plans to leave Hong Kong soon.

In his first interview since going public to the Guardian‘s Glenn Greenwald, Snowden told the South China Morning Post that he will stay in Hong Kong, where he fled to avoid immediate action by U.S. law enforcement, until he’s “asked to leave.”

Snowden seemed unfazed by critics of his choice to head to Hong Kong—which has a history of complying with U.S. extradition requests. “As long as I am assured a free and fair trial, and asked to appear, that seems reasonable,” Snowden said.

“People who think I made a mistake in picking HK as a location misunderstand my intentions. I am not here to hide from justice; I am here to reveal criminality,” he added. “My intention is to ask the courts and people of Hong Kong to decide my fate. I have been given no reason to doubt your system.’’

The U.S. hasn’t charged Snowden, and thus has no immediate plans to extradite him. But that’s certainly a possibility, and Hong Kong has a history of complying with American extradition requests.

Several members of Congress have called for Snowden to be brought to trial for treason, though some legal experts have said such charges wouldn’t stick. Other members of Congress have demanded increased transparency since the leak, but there’s not been comparable congressional support of Snowden as an individual. On the other hand, a White House petition demanding Snowden be pardoned has passed 62,000 signatures.

Snowden had previously expressed a desire to go to Iceland, where some members of Parliament have offered their support for him and other U.S. whistleblowers like Bradley Manning.

However, it’s not a given he’d be safer there, as Iceland also has an extradition treaty with the U.S.