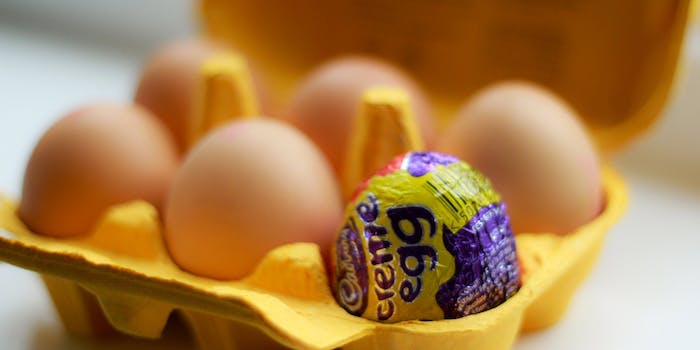 Cook these 9 Easter favorites with a little help from YouTube

From the simplest sides to crowdpleasing desserts, Easter dinner doesn't have to be the most daunting thing about this weekend.

A symbolic marker of spring is around the corner—even if it still feels like winter in much of the U.S.

For Christians, Sunday, March 31 marks Easter and celebrates the resurrection of Jesus Christ. And for TV enthusiasts, both The Walking Dead and Game of Thrones feature walkers from beyond the dead of a different nature and will air new episodes that night.

And if you gave anything up for Lent, you can say hello again to that particular food, drink, technology, or social media habit you’ve discarded for the past 40 days (just in time to relive the story of Easter on Twitter).

Meanwhile, children are excited by the potential visit from the Easter Bunny and an Easter egg hunt; even the First Family gets involved with the tradition. But as much as they might prefer it, the day’s food traditionally isn’t all chocolate-coated malt balls and jelly beans.

If you’re the one tackling Easter dinner and you haven’t a clue where to start—or need some pointers—we’ve curated our own selection of items that might appear on your table after Sunday Mass (or after the sugar rush dies down).

Hot Cross Buns are usually associated more with Good Friday, but they’ll still be good for Easter two days later. This recipe requires you to activate the yeast before adding it to the other ingredients. Let the dough rise before making round balls to bake. The cross comes from a glaze of confectioner’s sugar and milk, which you add to the buns once they’re cooked.

Dyeing eggs has become an integral part of the Easter tradition, and they’re incredibly easy to make. Boil the number of eggs you plan to use and wait until they cool off. Using a mixture of water, vinegar, and food dye, dip the eggs into the colors you choose and add other decorations. Once dry, they’re good to peel and eat.

Ham is a traditional dish in the United States since it was often cured before refrigeration became common—and simple to put together. Mix the spices together with pineapple juice and place the pineapples and cherries on the ham with toothpicks (so they’ll stay in place). Pour the glaze on the ham and place in the oven at 350 degrees for 75 minutes.

Lamb is more common outside the U.S. where it can be traced back to the sacrificial lamb consumed during Passover, which usually occurs close to Easter. Gordon Ramsay prepares his lamb (without excess yelling) by piercing the leg with cinnamon sticks and sprigs of thyme before giving it a dry rub of turmeric, cinnamon, salt, paprika, cayenne, and cloves. He pre-roasts vegetables in honey on the stovetop before adding the lamb to sear and placing the full pan into the oven.

After you line your pan with butter, add a layer potato slices topped with a layer of shredded cheese. Continue alternating these layers until you fill the pan. Add your liquid and bake for an hour. Once done, add even more cheese, butter, and breadcrumbs and place in the broiler for a crisp topping on this gooey side dish.

Not everyone likes asparagus, but it’s an easy dish to add to your meal. Cut the bottom two inches off, add a little bit of olive oil, ground pepper, Kosher salt, and citrus zest, and let them cook as you prepare the rest of your meal.

Each culture has its own version of Easter Bread, but the Italian version calls for you to activate the yeast and add the ingredients together in a mixer. Form it into a ball before you let it sit and rise. Cut the dough into pieces, roll it out, and twist it into a loose braided circle where you can add a few hard boiled egg. Let the dough rise again before baking.

They’re only available in stores a few months out of the year in the U.S., but now you can make them on your own time. First, mix corn syrup, butter, vanilla, and confectioner’s sugar for the filling. Add yellow food coloring to a third of the filling. Once cooled, you can make the “yolks” by pinching the white filling around the yellow and add them to molds filled with melted chocolate before placing them in the freezer to harden.

You can always buy a hollow or filled chocolate bunny in the store, but why do that when you can make your own? Melt vegetable shortening in a pot for a few minutes. Sift together sugar, powdered milk, cocoa, and a pinch of salt, and then add the melted shortening. Fill molds with the chocolate mix and place it in the fridge to set.