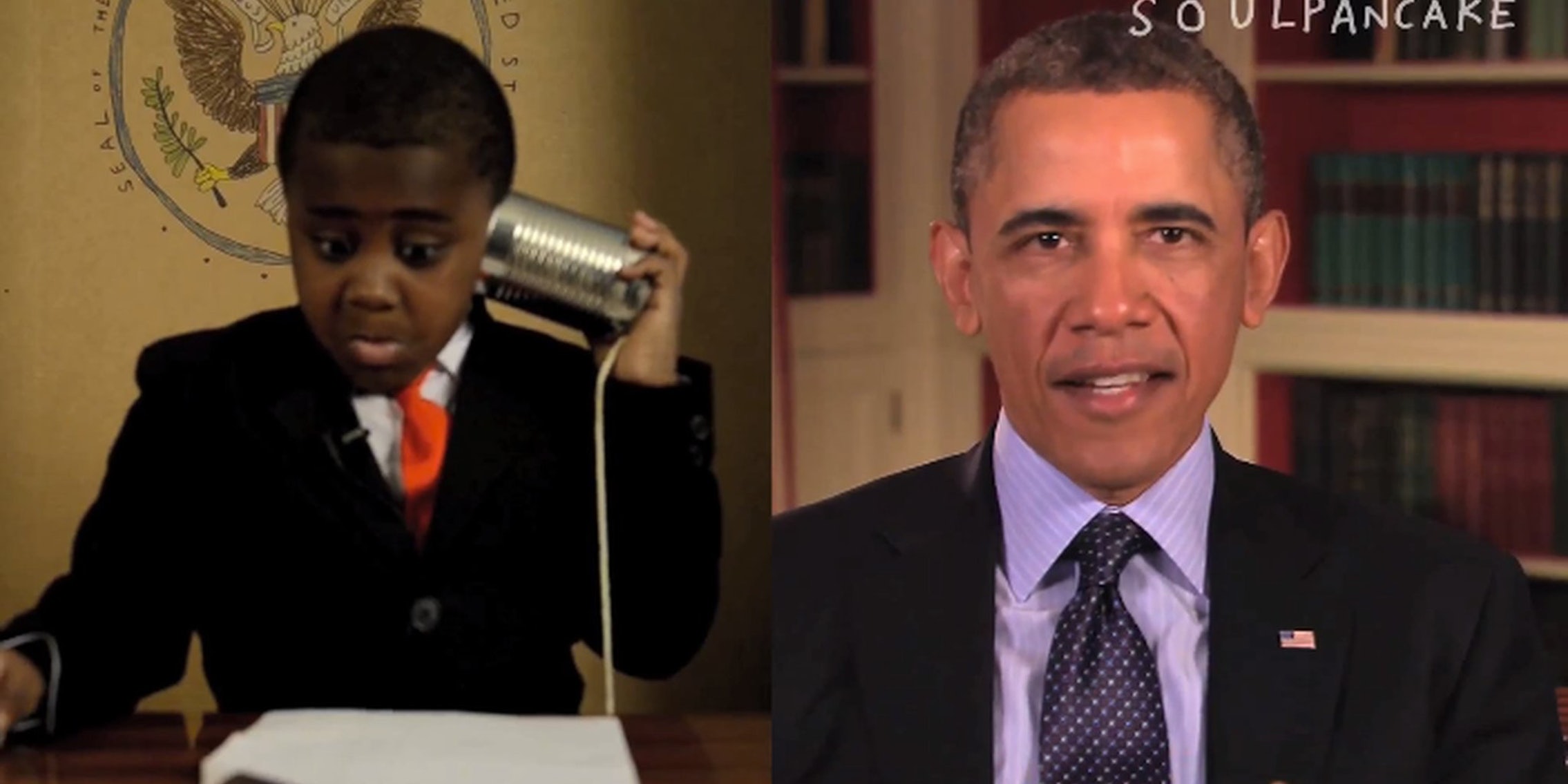 When President Obama wanted to announce the 135th Annual White House Easter Egg Roll, who did he call? Kid President, of course!

Robbie, the energetic 9-year-old who portrays the Kid President and has inspired millions with his Pep Talk, helped President Obama kick off the annual White House Easter Egg Roll ticket lottery in his latest video.

President Obama used his executive authority to send his message through Robbie’s line of kid messengers, and once the note reached his desk through a series of calls, flags, and paper airplanes, he called Obama right away on his trusty tin can.

“Kid President, looks like you got my message,” President Obama said in a split screen.

“Yes, Mr. President,” Robbie replied. “I got your message.”

The Easter Egg Roll is an annual day of fun, games, stories, and an egg roll which takes place at the White House around Easter. This year, more than 35,000 people are expected to join the Obamas on the South Lawn for the 135th annual event on Apr. 1, 2013. The Easter Egg Roll ticket lottery is open until Feb. 25 at 10am ET.

It’s a day full of kids dancing and eggs rolling, so of course the Kid President is game.

He kept his while he delivered the details for the ticket lottery and the Easter Egg Roll, but, true to form, he broke out his slickest dance moves in a fit of excitement when he initially found out.

“I told you people to make this awesome year, and look what you did,” Robbie said. “You made the White House call me.”

As it turns out, the POTUS is a fan of the Kid President.

“The White House media team approached SoulPancake and asked if Kid President would be interested in kicking off the annual Easter Egg Roll lottery,” Correy Stoner, Sales and Marketing Manager at SoulPancake, told the Daily Dot in an email. “We were informed that President Obama watched the Pep Talk video prior to shooting the Easter Egg Roll spot, and apparently he smiled through the whole video and laughed out loud during the ‘Space Jam’ part.”

The Easter Egg Roll is a pretty big deal, Robbie explained, as he listed some of the presidents who have previously hosted the event at the White House, although he thinks that Ronald Reagan might have been on the Disney Channel and he’s not sure whether Lyndon B. Johnson is a boy or a girl.

He’s still in shock that the White House watches his videos, but it didn’t take long before before he started grooving to his own tune again.

“This is not just a web show,” Robbie exclaimed. “We’re changing the world, y’all!”