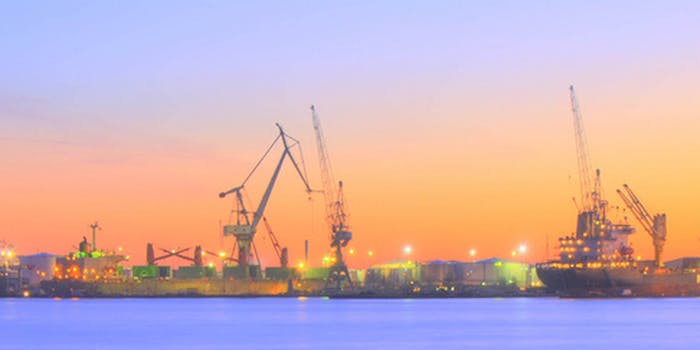 Criminals are getting better results with computers.

Law enforcement agencies in Europe have begun to notice a troubling trend that amounts to “a new business model” for organized crime: the facilitation of drug trafficking by digital means.

This year, raids in Belgium and Holland turned up more than the usual kilos of illicit substances, high-powered firearms, and suitcases filled with cash—there was also ample evidence of a sophisticated cyberattack, with specialist hackers employed as mercenaries by smugglers looking to move product. Beginning in mid-2011, the BBC reported, there was a security breach in the port of Antwerp that continued for another two years, when workers noticed that certain cargo containers had vanished.

Initially, the hackers, allegedly working for a Dutch syndicate, had gained access to port data by convincing employees to download remote access software—the same method employed by mobile thieves who have been robbing French companies blind. Later, when a firewall went up, they broke in and installed key-logging devices on computers to keep tabs on the staff. By tracking the containers that carried cocaine and heroin in addition to goods like timber and bananas, it was all too easy to show up and steal the right cargo.

IT security in the port of Antwerp has again been “improved” in the wake of numerous arrests and the shooting of a port employee who had been moving a container with drugs in it, but Europol director Rob Wainwright seems to see this as a new stage of the cat-and-mouse game that cops and criminals play. He said that “organized crime is becoming more enterprising, especially online,” adding that cyber-attacks would “become a more significant feature in future” drug-running cases.