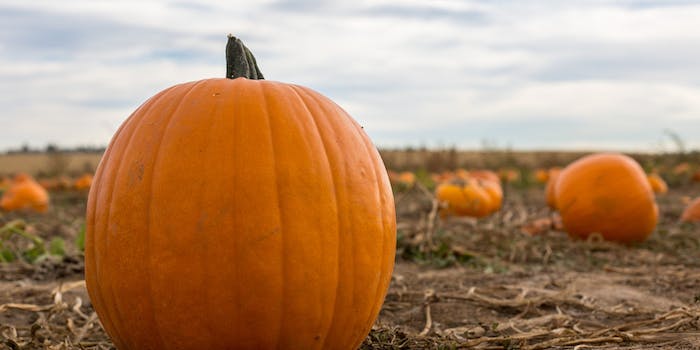 Brings a whole new meaning to the phrase 'smashing pumpkins.'

It’s a bird! It’s a plane! No, it’s just a pumpkin speeding through the air.

YouTube user Ugly Tutorials seriously regrets taking his drone out to a farm equipped with a good ol’ pumpkin cannon that launches the gourds into the woods at 200mph. Equipped with a GoPro, the quadcopter was deployed about 15 feet from where the flying fruits typically go. But thanks to a little bit of bad luck, the drone ended up in the path of a pumpkin.

The collision cost $500 in repairs, and it took about four hours to find the GoPro. And as Ugly Tutorials notes in the video’s description, “Pumpkins and drones do not mix.”