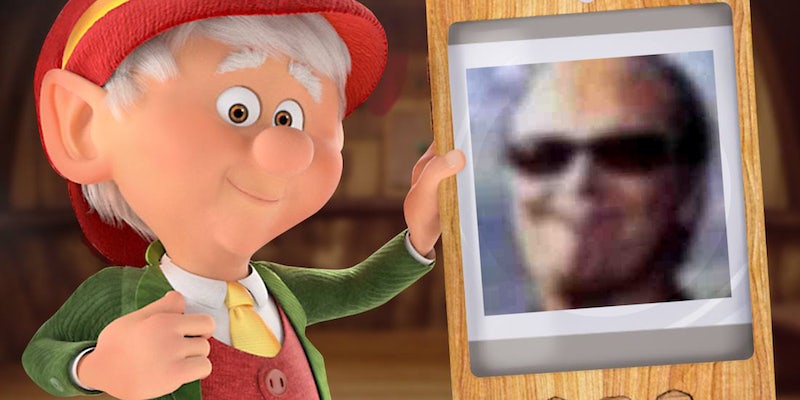 What level of irony are you on?

Some of the funniest Twitter accounts—especially in the loosely defined group of chuckleheads that’s become known as Weird Twitter—are covered in layers of rich, delicious irony. When you can’t tell if they’re joking or not, it’s safer and more entertaining to err on the side of humor.

But if your favorite account made an anti-semitic joke, what would you do?

Some people think @dril, the endearingly dysfunctional Twitter persona with a blurry Jack Nicholson avatar, is an actual Nazi because of a crack he recently made about cookie-company mascots the Keebler Elves. Or maybe they’re just on another level of irony, performing faux-outrage. Hard to tell with Weird Twitter! Either way, the controversy has consumed one of the only funny accounts on that website, so let’s take a look at what happened.

In early June, Mic.com brought public awareness to the rise of (((echoes))), the white supremacist practice of putting triple-parentheses around Jewish names online as means of marking people for harassment. Echoes are like emoticons for anti-semites, and they were quickly condemned by Jews and goyim alike.

The etiquette around this very 2016 expression of bigotry isn’t quite clear yet: Can a non-Jew apply the (((echoes))) to his own name as a show of allyship? Is it OK to use the parentheses in a joke at the white supremacists’ expense? There’s no clear consensus.

On the one hand, you have the people making the jokes. On the other, this argument:

And so @dril did a cannonball into these murky waters with this tweet:

If you’re on Irony Level 0, @dril’s writer—or, rumor has it, writers—really thinks the fictional Keebler Elves are supposed to be Jewish, and is boycotting them because he is a Nazi.

But @dril has never even heard of Irony Level 0. His most popular tweets are flailing, self-deprecating jokes:

another day volunteering at the betsy ross museum. everyone keeps asking me if they can fuck the flag. buddy, they wont even let me fuck it

fuck "jokes". everything i tweet is real. raw insight without the horse shit. no, i will NOT follow trolls. twitter dot com. i live for this

this account is now 100%, fully unbridled, Racist. Fuck you !!! pic.twitter.com/iqDjFXJoQH

Most people, especially @dril fans, understand that these are jokes. The problem is that Irony Level 0 is where the real anti-semites and white supremacists live. They don’t know he’s kidding, and they sense an ally.

Joining them on Level 0 are the well-meaning, presumably unbigoted people who also think @dril is a racist but aren’t happy about it.

people are still apparently very upset with me for cancelling "the thursday nite rant" feature… let it go folks.. pic.twitter.com/L3gqdFNYCX

please don't like or retweet this person, they are extremely antisemitic

@dril turning out to be a literal nazi is the last straw. 2016 is cursed

Moving up to Irony Level 1, we find those who realize @dril was joking but don’t think the joke was funny or worthwhile. This is a fine and fair position to take, but it’s unfortunately made them a target for @dril’s newfound white pride fan base.

Like I said, It's hard to tell the difference

making this tweet has put actual Nazis in my mentions. If you're a Nazi, you suck

On Level 2, check out most of Weird Twitter: they’re jokingly attacking @dril for being “a literal Nazi,” although they understood and probably laughed at the joke.

Meanwhile, @dril is chilling on Irony Level 69, playing the whole thing for laughs (though it’s somewhat uncomfortable to watch):

@KeeblerElves Please help me . You cowards

i stopped watching all the tv shows my followers think are bad, unfollowed all the Goof accounts, and yet twitter still sends thugs after me

So is @dril—or one of the people who writes him, or whatever—actually a Nazi? No. He just loves “feeding the trolls.” If you think the original joke was beyond the pale, you have a couple of options: You can confront a Twitter parody account, giving him fuel to keep the controversy going, or you can unfollow.

who the fuck is scraeming "LOG OFF" at my house. show yourself, coward. i will never log off