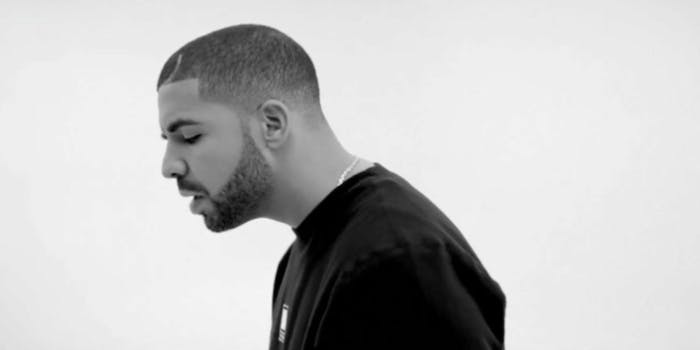 If you're reading this it's too late.

Sometimes you get lucky and come across celeb lookalikes in your everyday life, like when you freak out because a woman on the train looks just like Gwyneth Paltrow or some guy on Tinder sort of looks like a poor man’s Jake Gyllenhaal with the aid of a scruffy beard.

But then, once in a blue moon, a freaking ISIS member looks just like one of today’s hottest rappers: Drake.

Earlier this week, Complex pointed out that more than just a couple of people on the Internet thought that an ISIS member had an uncanny resemblance to the “Hotline Bling” performer after Twitter user @SayWalllah tweeted out the revelation.

But the image looks to have originally come from another Twitter user who shared some unfortunate news about the ISIS member: He was involved with attacks on a hospital east of Fallujah. BuzzFeed News confirmed with the International Centre for the Study of Radicalisation (ICSR) at King’s College in London that he was one of the suicide bombers involved in the bombing last year.

And of course the people of the Internet began to chime in with their horrible jokes, probably unconcerned or unaware of the fact that this man was responsible for such destruction.

If You're Reading This I Escaped RT @SayWalllah: Why this ISIS member look like Drake? LMAOOOOO pic.twitter.com/5WdjasC36a

What A Time For Jihad RT @yurimcfly_ 9AM in Baghdad RT @SayWalllah: Why this ISIS member look like Drake? LMAOOOOO pic.twitter.com/j71StaeTT2

There are a bunch of other tweets from where those came from if you’re ever so inclined to laugh at a horrible situation, but you’ll have to go looking yourself.

While the guy definitely looks like Drake, he doesn’t look like the newly unveiled buffed up Champagne Papi. I’m thinking more of Aubrey Graham’s days back in the halls of Degrassi as Jimmy Brooks. What do you think?