Did Drake’s ‘Energy’ sample this infamous scene from ‘The O.C.’?

You know you hear it.

I yearn for perfection. I like it when everything clicks into place and for a brief few seconds this confusing world makes sense. The sublime does not occur often, but that’s what makes it special. A brief flicker of magic, a distant whisper of faith.

For instance, what if I told you that one of Drake’s most popular songs may very well have sampled an episode of epochal teen drama The O.C.? That sounds like the sort of natural harmony we couldn’t possibly deserve, right?

We turn to our friends at WhoSampled, one of my favorite websites, who have pointed out the striking connection. 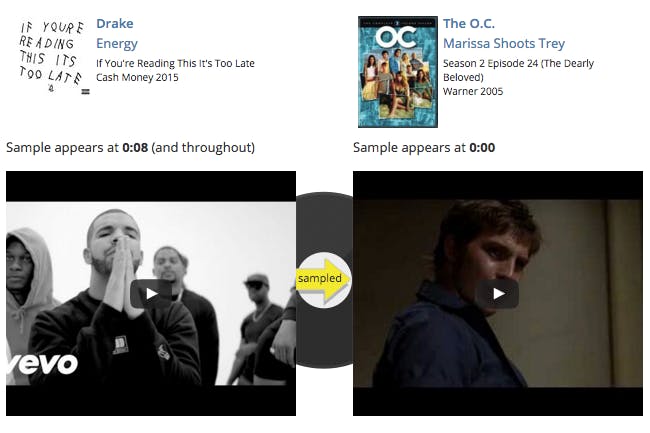 Our subject is Drake’s “Energy,” the mean-mugging anthem for turtleneck-wearers all across North America. At its heart you’ll hear that steely, minor-chord synth line: “dun-da-dun-dun, dun-da-dun-dun.”

Right. So listen to that closely, and now listen to the somber notes right before Marissa Cooper puts a bullet through Trey Atwood’s back. (Oh, um, spoilers, I guess.) Again, we’re talking about the first thing you hear when you click play, not the legendary Imogen Heap song cue that follows.

You hear that? That’s almost as uncanny as the video that proved Drake gets most of his song ideas from Nintendo 64.

Now, there’s no way for me to prove that “Energy” specifically sampled The O.C. After all, it’s like a four-note pattern—which could totally be circumstantial. That said, I refuse to believe this isn’t the case. I yearn for perfection, and perfection for me is Drake sitting on a purple suede coach, watching the The O.C.’s season two finale, and quietly muttering, “I got enemies, got a lot of enemies.”

We eagerly await the next Drake album, when he’ll no doubt rap over that scene where Ryan carries Marissa out of Tijuana.