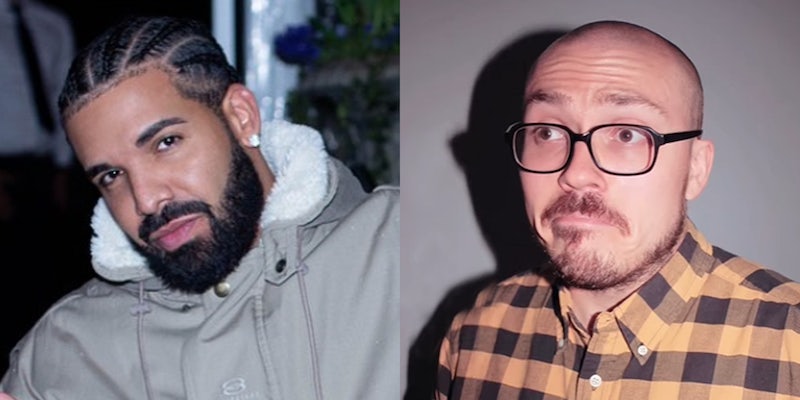 ‘Your existence is a light 1’: Drake posts DMs he sent to music critic Anthony Fantano

Fantano's claim that Drake sent him a vegan cookie recipe led the rapper to share the real DMs.

On Thursday evening, Fantano, a YouTuber and critic who runs music review site the Needle Drop, posted a video about how Drake “slid into my DMs.” He frames this as Drake cold-messaging him in the middle of the night, to drop, of all things, a recipe for vegan chocolate chip cookies.

“I’m amazed to even be on that man’s mind,” Fantano enthuses.

But over on Twitter, someone posted what was apparently Drake’s real DMs, which the rapper shared to his Instagram Stories. It’s still up as of Friday morning.

“Your existence is a light 1,” Drake wrote in the message, referencing Fantano’s spectrum of music ratings. “And the 1 is cause you alive. And cause you somehow wifed a black girl. I’m feeling a light to decent 1 on your existence.”

Was Fantano playing 4D chess, knowing that posting the fake vegan cookie DM would draw Drake out and cause him to post the real DMs? This was all likely because of Fantano’s review of Honestly, Nevermind in June, which he did not like.

Drake is known for getting into beefs. Fantano apparently went live on Instagram to explain the DM was initially sent by Drake on Wednesday, and he made the video as a “silly shitpost.”

We reached out to Fantano and Drake’s representatives for comment via email.