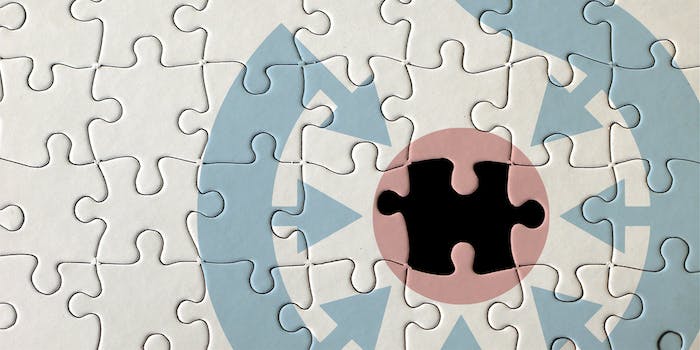 The beauty of Black Twitter is that this may be the first time mainstream America gets to view black culture, in action, in unprecedented numbers and candor.

We’ve seen this story before, with the blues, rock and roll, and hip hop: Black people do something white folks find fascinating; it is co-opted and controlled; and finally black people find themselves strangely on the receiving end of their own product. The latest rendition of digital, cultural colonialism is a white woman (who seemed to pop out of the ethereal space) creating a Wikipedia page that attempted to describe and define “Black Twitter,” which then excluded most of “Black Twitter.”

The wiki page creator is not alone in her fascination of how black people use this social networking tool. In fact, the academic sources cited in her write-up (for example, Andre Brock’s “From the Blackhand Side: Twitter as a Cultural Conversation”) were far better than the write-up itself. Some writers have been exploring this landscape since at least 2010, especially after the Pew Research Study revealed Twitter users were disproportionately black; and again when Black Twitter began to be reported on by non-black Twitter users mesmerized by certain trending hashtags.

But “Black Twitter” is not a term black people on Twitter created to define ourselves or what we do online—a fact not to be misconstrued as us not being self-reflective or self-defining. Rather than allow a new Wikipedia entry to define us, perhaps we should have made a more formal introduction (I say this tongue-in-cheek). 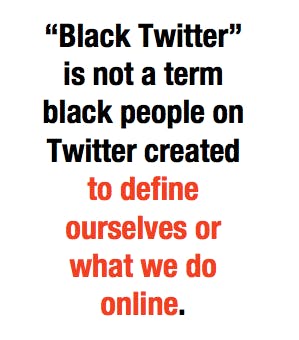 Self-determination is important, and, actually, we were already defining ourselves in real time. Case in point: the wiki page implies this is the year—2013—that Black Twitter has reached the mainstream. In actuality, by February 2012, Kiana Fitzgerald had already previewed my solo presentation on “The Bombastic Brilliance of Black Twitter” at South by Southwest Interactive, the largest technology conference in North America; likewise, Helen A. S. Popkin had already covered parts of the panel in a piece hilariously named, “It’s a Black Twitterverse, White People Only Live In It” in 2012 (yes, an entire year earlier, which in Twitter terms is like a decade), that highlighted a meme focused on chastising singer Jaheim for crashing Whitney Houston’s funeral in a most curious suit. This piece alone was covered on MSNBC , CBS Evening News, and more.

But let me go back to when I first joined Twitter myself.

As a scholar, poet, playwright, and organizer in my own right, I am used to trafficking in spaces that are artistic, visionary, political, and prophetic. I sell people on potential—harnessing hopes and dreams, challenging audiences, discussing issues, and creating awareness campaigns about how people can be better than their present circumstances—in short, to take action and to change our lives. Getting on Twitter with my brand name, @drgoddess, as a new way to engage people, was a no-brainer. 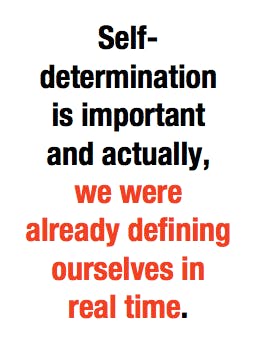 In September 2009, President Barack Obama and the G-20 came to Pittsburgh. One night, I decided to head out into the streets and see if the rioting at the #G20 I was reading about on Twitter was true. That night, I became a primary media source for America’s citizenry, right along with the other progressives (including @MrDaveyD, @JasiriX and @ParadiseGray) who were out there in the same few blocks, but whom I never saw until their tweets appeared on my timeline and in the hashtag. The presence and power of Twitter was revealed for all of us to see in our community long before #Jan25 or the “Arab Spring.”

Black Twitter is art—in its all glory, ugliness and reflexiveness. Black Twitter is a performative aspect of the multifaceted nature of black culture, exhibited on a social network and in a democratic, technological medium. All of those characteristics have proven to be of great interest to a certain portion of the mainstream population (and not just white folks). This is, of course, understandable. But history has proven we must be careful about this kind of interest.

The beauty of Black Twitter is that this may be the first time mainstream America gets to view black culture, in action, in unprecedented numbers and candor. In real time, it is intensely human. 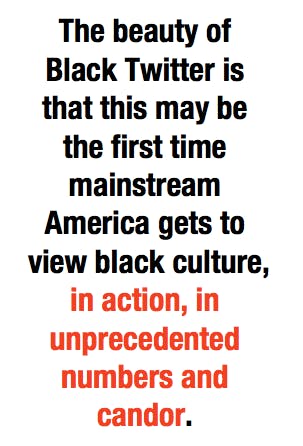 The problem is that there is no singular Black Twitter. The white, mainstream gaze that has tried to define this community has already gotten much of it wrong. We were already discussing ourselves and the potential of the medium on Twitter when the articles attempting to describe us started popping up. At least a handful of us immediately responded with corrective narratives, even moving beyond reaction to proactive storytelling and sharing.

When the initial version of the Black Twitter wiki page first appeared, it produced a collective sigh from the Black Twitter community, because it seemed to be more of the same—i.e. people outside of our community conducting a National Geographic version of who we are and what we do on Twitter. In short, it’s annoying. And it’s 2013. But it’s also Wikipedia, a seemingly democratic space that can be corrected, swiftly—right?

Just because “they” get it wrong doesn’t mean we can’t get it right again. 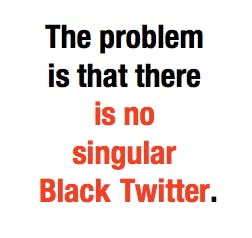 At least, that’s what I initially thought. But after having discussions with people like Andreas Kolbe of Wikipediocracy (a site and Twitter feed critical of Wikipedia), it seems that the general feeling is that it’s the “same ole, same ole” in full effect: Wikipedia as a bastion of white males who can and do challenge and erase articles and edits at will. Trying to keep the record straight about black people and black culture would likely prove to be a strenuous and perhaps even futile exercise.

In 2008, an African American Ph.D. student named Brenton Stewart conducted a survey of Black American Wikipedians. In the chapter, “Working for Free: Motivations Behind Black Contributions to the Wikipedia Project,” he stated:

“The findings suggest that while these Wikipedians contribute as a form of entertainment and support for the democratization of information they are also motivated by their racial/ethnic identity, highly cognizant of their minority status and tended to view their edits (labor) as a transgressive act that is ultimately beneficial to the black community. This research argues the social-factory forms the foundation of not only Wikipedia but also a multitude of online peer-produced communities such as Facebook, MySpace and YouTube. What is most significant about these communities is that their end product, the cultural knowledge of the masses, is freely given and results in enormous revenue for their parent companies. This investigation contributes to diverse literature including media and library & information studies as well as cyber and community activism.”

In short, Brenton argues that in an effort to assert our humanity and not be continuously misrepresented, black techies have been working for free in a largely white, resistant, infrastructure—the end product of which only financially benefits the white creators of the medium. Digital sharecropping, if you will.

Perhaps the swarm of African killer bees made popular by the Wu Tang Clan and brought to mind in Shani O. Hilton’s “The Secret Power of Black Twitter” will swarm in and help improve the culture at Wikipedia, particularly that of the Black Twitter page. Or perhaps we won’t want to be bothered and will use it solely as historical fiction and humor, like Zora Neale Hurston did in Dust Tracks on a Road—because we do love ourselves when we are laughing and, then again, when we’re looking mean and impressive.

No matter how long this infatuation with Black Twitter lasts, the fact is that black people have always been technological, from the sundial to the traffic light, and we document and tell our own stories with or without mainstream validation. We’ve been “outchea” since at least 2008, so don’t be like Christopher Columbus, thinking you discovered something that was already there and then seeking to define it (or truncate, stereotype, or denigrate it).

Yes, Black Twitter is a powerful force. Yes, Black Twitter was responsible for ruining Juror B-37’s book deal in the George Zimmerman trial, but we were also responsible for trending #Trayvon on Twitter, gaining mainstream media attention in the first place. Just wait until you learn the many, many stories behind asserting our brilliance and blackness on Twitter, showcasing the fullness of our humanity before the world. It’s our right, our mission, and our pleasure, for which we can speak and represent ourselves, thanks.

Affectionately known as “Dr. Goddess,” Kimberly C. Ellis, Ph.D., is an award-winning scholar, performing artist, activist, and entrepreneur who loves technology and social media. Ellis is a published author, speaker, and producer whose work has appeared all over the Web, as well as on radio and television. She’s at work on a book called The Bombastic Brilliance of Black Twitter. She can be found at http://drgoddess.com, @drgoddess on Twitter, and @drgoddessarts on Instagram.