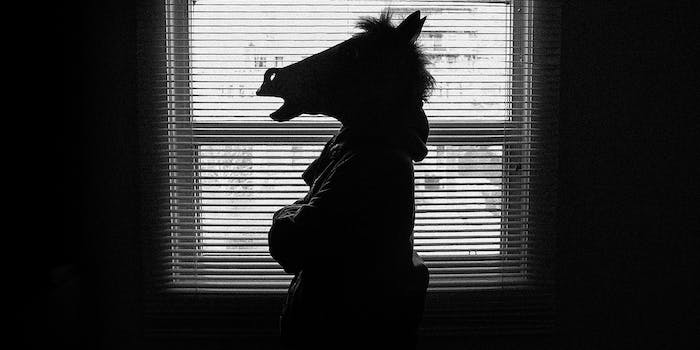 Online, just as we’ve created an identity and shared it, it seems there’s always someone else who’s upped the ante.

Since long before the first Pict painted himself blue two millennia ago, we’ve been trying to find a way to both express ourselves and improve on nature. It must be something in our genes.

The Internet has changed this ancient human impulse as completely as the discovery of henna and clothing starch did for the Elizabethans.

Nowhere is the influence of the Internet more evident than in one of the most venerable—and trendy—forms of personal customization: the tattoo.

British rapper Dappy, for example, tattooed a hashtag on his face. He intended an homage to Twitter, but he was unwilling to commit to any particular hashtag. After all, who knows if #rapperproblems is still going to be “hip” and “with it” when he’s 90. Instead, he just went with a hash mark: #. And so now, we feel like his face is an unfinished tweet, sitting in drafts, while its author tries to fill in the tag that will turn his snoozer into a zinger.

If the rapper Dappy has made us feel like our “But I’m the cool mom” is asking us again about the trending hashbags on the Tweeter, others have used the tattoo to create a new level of awesome on the Internet. An artist named Evan Hawkins has gotten 11 of his friends to tattoo a different frame of a 19th-century photography series on some part of their bodies. The images come from an experiment that finally proved that when horses run there is a moment when they take all their feet off the ground. The result is a tattoo GIF.

At one end of the spectrum there’s the clueless. If cool is somewhere in the middle, then the far other end of the spectrum is “what the actual fuck,” another Internet specialty. A scientist in Colorado has invented an alternative to needles and ink for applying a tattoo: bed bugs. No I’m not kidding. The “bedbug tattoo gun” directs the vicious little beasts to bite your skin in the pattern of your choosing, leaving behind a whimsical inflammation. I mean, Matt Camper is not the first guy to do something stupid in science lab, but in the past we would have had to be in science lab too to know about it.

But I suspect the fact that we can so easily share these experiences only amps up our desire to do this kind of silly shit. After all, this video is part of a larger “Bugs that Eat You” series. Yeesh.

The conceit of all this self-expression is in some sense individuality, yet when it comes to personal customization, there seems to be an awful lot of monkey-see-monkey-do. Celebrities, after all, are so much cooler than the rest of us, and now, they are so accessible via the Internet, why go to the trouble of creating our own identities? Better to take one off the shelf.

Our newest celebrity darling, Jennifer Lawrence, being of Internet-appropriate age, seems to inspire one meme after another. She photobombed Taylor Swift and a new meme—and hashtag, #lawrencing—was born. In another, more extreme example of the same phenomenon, a young woman in Baltimore actually recreated an outfit worn by Rihanna and wore it to her prom. Sadly, Rihanna did not appreciate the tribute, something she made abundantly clear on Twitter.

Of course, most of all this is just in good fun, but there is a point, this being the Internet, where we veer into “what the actual fuck.” The Internet doesn’t just get us closer to celebrities—it’s created whole new ones from the annoying Rebecca Black, to the anodyne (musically, anyway) Justin Bieber, to the aggressive Lady Gaga. Eventually, all the remixing and resharing just had to turn in on itself.

A new group of young wannabes is hoping a YouTube video can catapult them to international stardom too. Their hook, however, isn’t even as original as you “gotta get down on Friday.” In fact, they’ve decided to stick entirely with what’s worked before. The three members of The Plastics have spent hundreds of thousands of dollars to look like their favorite stars: Jennifer Lawrence, Justin Bieber, and some kind of Internet fairy godmother, Madonna. 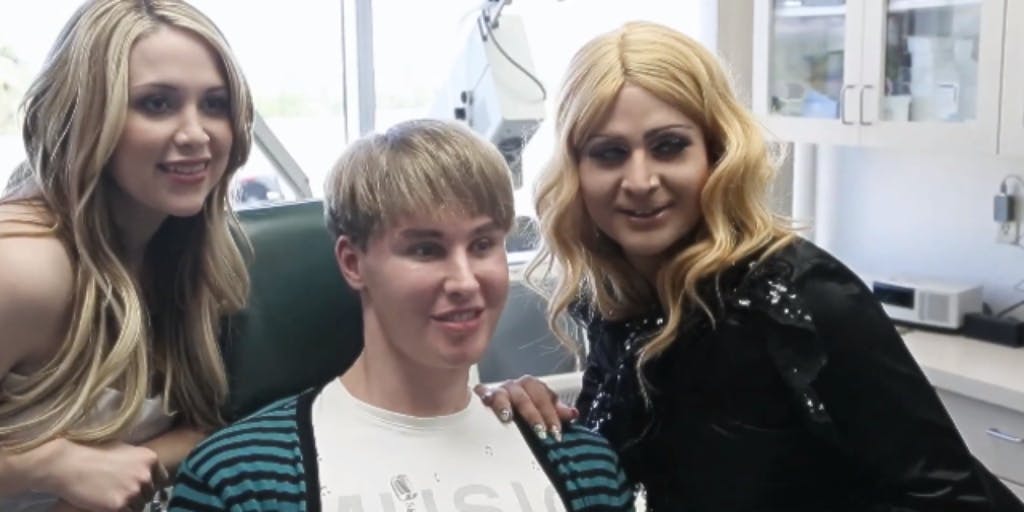 The truth is that identity has always been about sharing in a community as much as establishing a sense of individuality.

The Internet lets us project ourselves out into the world, and at the same time, it makes that self more fungible than ever before. We are less constrained by nature or anything else than ever before in the group identities that we can take—and perfect. Or, as we’ve seen with the rise of “me irl,” playfully subvert expectation.

Online, just as we’ve created an identity and shared it, it seems, there’s always someone else who’s upped the ante. As a result, there’s a kind of circular flow of shared self that spins ever faster on the Internet. The centrifugal force of that puts pressure on our sense of self in a kind of psychic G-force simulator pushing us to ever greater extremes of self-identification. A few of us will inevitably crumble under that pressure, but some, surely, will transcend it instead.