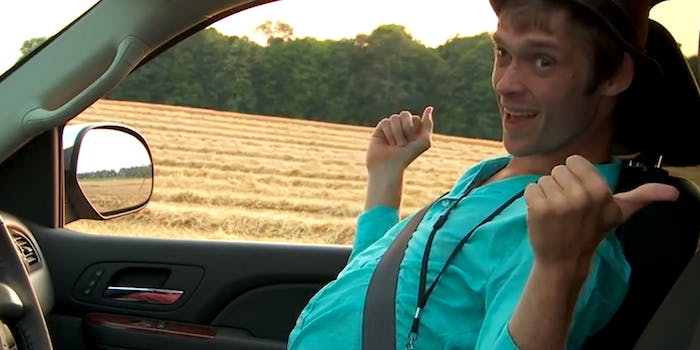 Here’s hoping YouTube’s $200 million investment in premium content functions to support the voices that make the network so engaging and original.

Let’s hope they don’t eff it up.

YouTube has invested $200 million of its own cash in YouTube content to help it become more professional. Sometimes that means supporting studios, such as My Damn Channel, which in turn support the most popular and promising YouTubers to increase the production value of their shows. More frequently, it means attracting mainstream stars, such as Amy Poehler, or established film, TV, or cable producers to the medium, such as The Fast and the Furious director Justin Lin.

Don’t get me wrong, the initiative is great, and I’m glad to see more resources in the hands of the extraordinary and innovative talent that finds a home on YouTube. But sometimes money has a way of stifling real innovation.

Money raises the stakes, and it turns just fooling around into risk taking.

Even with 500 channels on cable desperate to fill air time, there’s stuff on YouTube that would never, ever find distribution in the U.S. It’s simply more economical to rerun the same episode of <insert police procedural here> over and over … and over and over again.

Without YouTube, I would never have discovered Park Jae Sang’s “Gangnam Style,” which is seriously my new favorite thing ever. The Hater can have Carly Rae Jepsen as far as I’m concerned. “Gangnam Style” has joined the exclusive ranks of “Thriller” and “Weapon of Choice.” I don’t care how bleak things get, I dare anyone to remain depressed after watching any of those videos.

If only Camus and Sartre had had “Thriller” or “Park Jae Sang,” we could have avoided a generation of coffee-house depressives.

Reality may have taken over the TV, but it’s so contrived, so stale. It’s become even more predictable than your average sitcom.

On YouTube, you can find real reality. My favorite example from the week was a video from Warsaw.

On August 1, 1944, a mass uprising sought to drive the Nazis out of Warsaw. It took two months, but the Nazis killed 200,000 civilians and finally defeated the revolt.

The citizens of Warsaw mark the doomed but heroic event with a city-wide moment of remembrance. Every August 1, sirens blare throughout the capital of Poland for one minute. Every single citizen stops what he or she is doing, every car comes to a halt, every man, woman, and child comes to his or her feet. For one minute, the entire city freezes. Watch the video; it defies description.

What has happened to comedy? From Aristophanes to Jonathan Swift to Richard Pryor, true social protest and progressivism has happened through comedy. If you can make people laugh, you can say anything to them.

The biting social satire of Some Like It Hot and Dr. Strangelove and Blazing Saddles has been replaced with what? Anchorman? Idiocracy? A largely inaccurate evolution metaphor is the only socially conscious film I can think of in the last 15 years. And it wasn’t very funny.

OK, every once in awhile, SNL trips and falls into something socially relevant and challenging. But otherwise, such work is now the province of the Internet.

On the Internet, there’s BlackNerdComedy, which regularly challenges our perceptions of what’s “normal” and the inherent divisions in our social structure.

Even better, when the news broke earlier this week that the CEO of Chick-Fil-A opposes gay marriage, the Internet responded. Todrick Hall released a parody of a popular children’s story and Disney cartoon called “CinderFella,” Next Media Animation gave the news one of their classic and hilarious animated summaries, and Funny or Die proclaimed that “KFC Loves Gays!”

One of the most interesting responses in all of media to the Chick-fil-A controversy came from Antoine Dodson of “bed intruder” fame. Dodson is a gay man living in Alabama who eats at Chick-fil-A and, as he explained on his YouTube channel, he intends to keep eating there. He’s always been treated well there and the CEO of Chick-fil-A, Dodson essentially argues, is entitled to have his own opinions.

Earlier this week, we interviewed Zach Anner, a popular YouTube comedian who’s currently starring in a crowdsourced Web series in which he and his pals go on a driving tour of the United States.

The most important thing about Zach Anner in this context is that he’s funny. Secondarily, however, Anner has cerebral palsy—what he refers to as “the sexiest of the palsies.”

When was the last time you saw a TV show with a lead in a wheelchair? It was probably his own show, Rollin’ with Zach on the Oprah Winfrey Network. It lasted six episodes.

But Anner’s not focused on his own groundbreaking stardom, nor are most other YouTubers. They are as interested in the audience as they are themselves. Anner’s show is produced with the assistance and direction of his fans in the subreddit r/TheRealZachAnner. Similarly, a panel of YouTube stars gathered in Montreal repeatedly said the key to YouTube stardom is a close relationship with your viewers.

Let’s hope that YouTube’s channel initiative functions to support these voices and to support the engagement with the audience. That can be messy, as Anner put it: “This whole thing could just be a giant, continual, perpetual screw up. When you’re doing something that is so codependent on audience interaction, you never know what you’re going to get. I’ve let go of all thoughts about this being perfect.”

The was a time when you could have said that about TV. Laugh In, The Gong Show, All in the Family were amateurish and raw by today’s standards, but they were deeply engaged with—and challenging to—their audiences. The moment TV stopped being codependent on the audience, it stopped being interesting. Sure, it became increasingly “perfect,” but really that just means perfectly boring.

Marble statues and wax figures are perfect. And maybe they’re more “brand friendly” as a result. Zach Anner, Antoine Dodson, and their thousands and thousands of fans may be raw, and they may be amateurish. But, in an imperfect world, they matter in a way that the perfect never can.