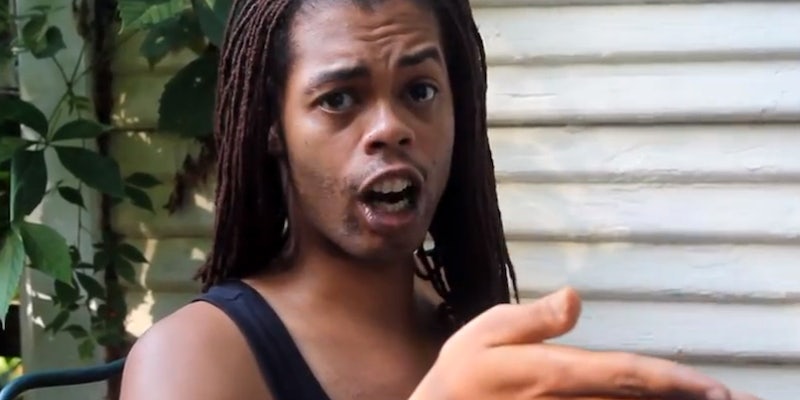 The accidental political pundit, a 26-year-old gay man living in Huntsville, Ala., posted a video to his YouTube channel yesterday afternoon telling his viewers that he did not believe that one man’s views towards homosexuality should affect the way that he chooses where to eat his lunch.

“A lot of people from the gay community have been coming to me and telling me that I shouldn’t eat from Chick-fil-A, and I’m thinking like, ‘Oh my God, that’s so crazy. Why?'” Dodson said. “They try to explain it to me about the gay marriage thing and how certain people from Chick-fil-A doesn’t approve of it.

He also spoke to the quality of the chain’s signature waffle fries, calling them “banging, especially if they hot and crispy.”

The video quickly received more than 10,000 views and drew the ire of many fans who thought that Dodson was wrong for supporting a company whose CEO did not support Dodson’s lifestyle.

So many commenters chimed in that Dodson was moved to shoot another video, one that allowed him to further explain his beliefs about other people’s takes on homosexuality.

“I did not know this subject was heartfelt for so many people because they have beliefs,” he said. “But let me tell you about beliefs, sweetie. When you have your beliefs, you’re supposed to follow your beliefs. You need to worry about your beliefs and continue doing what you’re doing.

“As far as people talking about my rights and things, I can go anywhere in the U.S. and buy a house, buy a car. I can do this, do that. I have rights and I’m gay. I make money, and I’m able to take care of my family. If I want to get married in the U.S., there are plenty of states I can get married in. I like to travel anyway.”

“The people at the restaurant are nice, they greet me kindly,” he said. “The fries may not have always been hot, but it was good. They treated me well, so how can I fault them?”