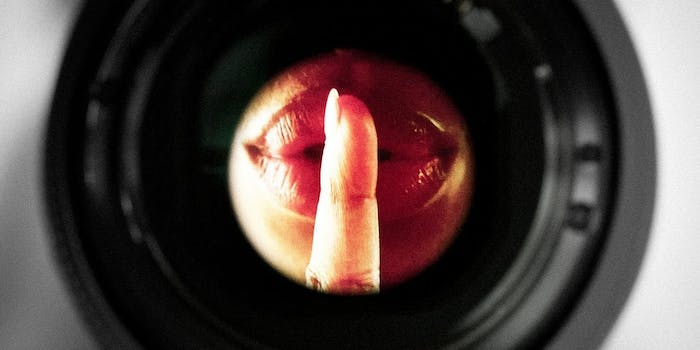 Is that how the victims would want to be remembered—by the man who killed them?

Last Thursday, the country witnessed yet another horrifying mass shooting, this time playing out at a small community college in Roseburg, Oregon. Nine people were killed at Umpqua Community College that day, slain by a gunman who would ultimately take his own life before being apprehended by the police. It’s a hideously familiar, soul-crushing national ritual—the first reports of gunshots at a campus, or a theater, or a public square leaking out on social media, followed by fire-alarm coverage across the major news networks. And it always culminates in the same thing: a mass murderer’s name scrolling across the screen in bold-face type, nearly everywhere you turn.

I’m not going to mention the name of the young man who killed those nine people—because the people of Roseburg would prefer it stay unsaid. In an excellent piece for the L.A. Times last Saturday, Matt Pearce told the story in no uncertain terms: There’s a movement within the Roseburg community aimed at effectively erasing the shooter’s name from history, relegating him to the same, relatively anonymous position he occupied before his deadly spree.

I’m not going to mention the name of the young man who killed those nine people—because the people of Roseburg would prefer it stay unsaid.

They have a very understandable reason for feeling this way: The notoriety generated by the atrocity may have been part of what the killer wanted and expected. In the aftermath of the attack, some blogs linked to him by a known email address were discovered, and one contained a passage that ought to give everyone—especially those of us who’re periodically called on to cover these incidents—some serious pause.

It concerned yet another high-profile murderer, a man who little more than a month ago fatally shot two former colleagues at WDBJ, the CBS local affiliate for Roanoke, Virginia. That incident generated a maelstrom of coverage, partially thanks to the disgruntled former employee’s instinct for making the murders go viral. He filmed them in real time, from a first-person perspective, enhancing the graphic horror. His identity, as well as the contents of a typically terrifying manifesto, was quickly a major story.

But was that entirely necessary? Covering these sorts of shootings is obviously incredibly important—two people lost their lives in a horrific, public manner, and that deserved ample recognition and remembrance. However, there may have been a danger in blaring out the killer’s identity to the world.

Amid the slew online comments linked to the UCC shooter—which are chock-full of insecurity, self-pity, and a sense of entitled, toxic masculinity—he also mentioned the KDBJ shooter:

On an interesting note, I have noticed that so many people like him are all alone and unknown, yet when they spill a little blood, the whole world knows who they are. A man who was known by no one, is now known by everyone. His face splashed across every screen, his name across the lips of every person on the planet, all in the course of one day. Seems the more people you kill, the more you’re in the limelight.

That’s a pretty chilling passage to consider in the context of what took place at UCC just weeks later, but It’s impossible to portray this as an kind of iron-clad motive for his actions. As we learned from the reporting in the aftermath of Columbine, it sometimes takes years for a clearer understanding of these sorts of events to take shape; early on, misinformation can run rampant. And due to the fact that many shooters don’t survive the mass atrocities they commit, we may never know.

But even if the UCC shooting had nothing to do with gaining notoriety, name-recognition, or acclaim, it’d still be worth rethinking about how we approach these kinds of events, both how we cover them, and how we consume that coverage. Dave Cullen, journalist and author of Columbine, an exhaustive examination of the landmark school shooting, has been arguing this point for years. Writing for BuzzFeed back in 2013, he offered up a couple simple ideas for handling these sorts of situations, and they’re as valuable now as they were then.

1) For the first 48 hours, use the name of the suspect sparingly.
2) After that he can be “the gunman,” or “the killer,” or “the perpetrator” … disappear him.

That’s it. Outlets can adapt or make exceptions as they wish. The 48 hours provides a window to alert former girlfriends, pharmacists, etc. who might have useful information. It’s arbitrary—feel free to change it.

Cullen also noted that he never had trouble holding to these principles while doing TV appearances on mass shootings, and there’s a reason why. He argued, “The name is so unnecessary, I don’t think anyone even realized I was omitting it.” And that’s really the crucial point: What does slapping a face on terror add? The names of the victims themselves are important—serving a public remembrance for both their loved ones and mourners all across the nation. Details like the location and the timeline of events are likewise relevant—because the history matters.

And that’s really the crucial point: What does slapping a face on terror add?

But whether you’re looking at the micro story, a specific violent assault on a given community, or the macro one, the grimly ritualistic American relationship with mass shootings, it’s hard to see the necessity of constantly repeating the killer’s name. This phenomenon occurs so often that the photo shown on broadcast media of the shooter’s face often becomes the enduring image of the incident. Is that how the victims would want their final moments remembered—by the picture of the man who killed them?

Instead, our goal should be to make the enduring story be about those victims’ lives or the motivations behind the killings—as understanding the psychology of mass shootings might help prevent future deaths. But there’s no need to focus on the gunman’s identity itself—all that does is upgrade them from a faceless anonymity to popular infamy. As both the Oregon shooter and Cullen suggest, that could have grave costs.

The residents of Roseburg, who have to live in the shadow of this tragedy for the rest of their lives, deserve better than making the man who brought darkness into their town famous. Instead of telling the same old story, it’s time to start writing a better one.

Photo via InstantVantage/Flickr (CC BY SA 2.0) | Remix by Nico Lang