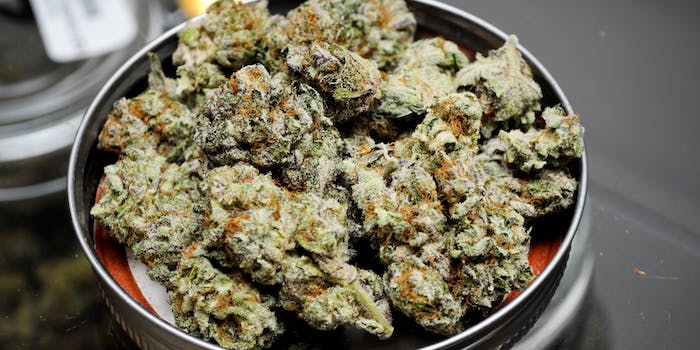 This has to be the easiest way to get arrested.

There are a few unwritten rules for buying drugs: Don’t hang around any longer than necessary. Don’t go into debt. Don’t be conspicuous. Don’t use small change. And, of course, the golden rule: Don’t conduct the deal on live TV.

Two men in Worcester, Ma., will surely learn that last lesson the hard way, after a news crew reporting on a recent blizzard inadvertently gathered evidence to convict them. As a Fox 25 reporter described the scene around him, the hosts back in the studio struggled to keep a straight face after noticing one detail of the scene: a blatant exchange of contraband taking place behind the reporter.

The video has since been removed. Here’s a mirror:

On the one hand, those two men might go to jail for their 15 seconds of infamy. On the other hand, if this isn’t Regional Emmy material, we don’t know what is.