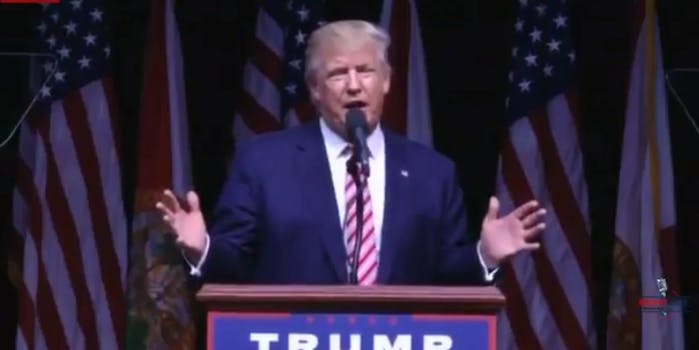 Donald Trump urges people to vote on the wrong day

You heard the man.

At a campaign rally Tuesday evening in Panama City Beach, Florida, Donald Trump made a personal appeal to voters: “There’s never been anything like this,” the Republican nominee said. “So, go and register. Make sure you get out and vote: November 28!”

I think the pressure may be getting to him pic.twitter.com/WTi3lH3DRV

Of course, Election Day is actually 20 days earlier, on Nov. 8, but there were no shortage of people who found themselves awkwardly agreeing with Trump for the first time.

Yes Trump supporters. Whatever you do please get out and vote on November 28th and not a minute before! https://t.co/55zWi7uLND

Trump voters: Trump was right about Election Day being on November 28. Do not let the lying media tell you otherwise!!!!