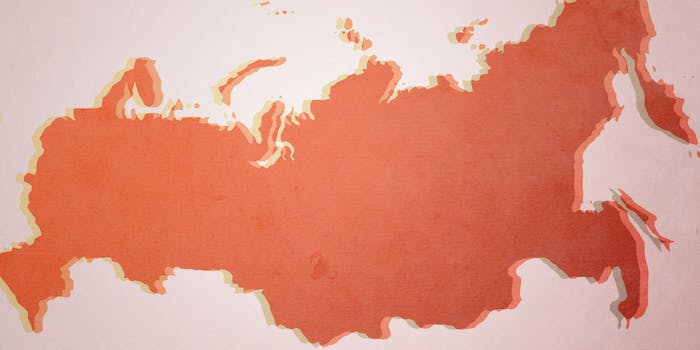 Since asking Russia for favors is cool now, here’s some other stuff we’d like

This could be the answer to all our problems.

Determined to keep Hillary Clinton‘s tech woes in the news, Donald Trump on Wednesday morning asked Russia (or anyone else) to release emails from her personal servers. This followed his denial of the country’s involvement in the embarrassing DNC hack ahead of the party convention.

If Russia or any other country or person has Hillary Clinton's 33,000 illegally deleted emails, perhaps they should share them with the FBI!

Say what you will about Nixon—at least he did his own dirty work. Do you really want Uncle Vladimir‘s help, Donald? Because that could backfire. As the old adage goes: If you give Americans a nibble on classified intelligence, they’re gonna want a glass of global surveillance to wash it down. Already, people are pressing Putin and his government to expose Trump as well.

But that’s not going to happen. Besides, if we’re asking Russia for hacking favors, shouldn’t we shoot for the stars? This is a once-in-a-lifetime chance. This is—dare I say it?—the basis of the summer’s hottest political meme.

Forget about Siri. All you need these days is Russia.

Hey Russia could you also hack into my ex's instagram? It's private and I want to make sure she's not happier now

hey russia, while you're at it, i'd love to see all the dating sites my (ex)boyfriend(s) are on, & a soundboard of radiohead @ suffolk downs

Russia, can you help my FIFA skills

Russia, if you're listening, can you get LinkedIn to stop emailing me

Hey Russia, if you're listening: I accidentally deleted my @BestBuy Reward Zone coupon. Can you please find it for me? K thanks.

Russia, if you're listening, can you get that Wu-Tang Clan album from that weird hedge fund guy? Thanks

Hey Russia, while you're at it, can you find those "Archie" comics my mom tossed out in 1986?

Russia, if you're listening, please hack into our student loan records and delete all our debt. kthnxbai

If you're reading this, please help me find my ex's new Netflix password, pretty please.

Russia, if you're listening, do these jorts do anything for me pic.twitter.com/WniRVUTFtT

Russia, if you're listening, I wrote most of The Wire.

Russia, Area 51 is more important help us out.

It remains to be seen exactly how many of these requests for unreleased music, forgotten passwords, and personal effects will be honored by the Motherland. But we’re sure they’ll come to our aid—one way or another.

Russia, if you're listening: please send vodka. We all need a drink.