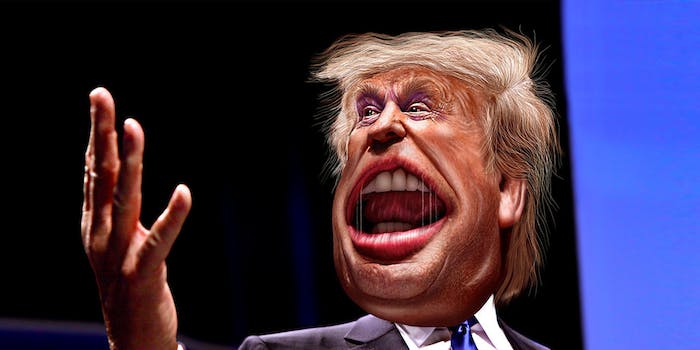 There's a big difference between equality and chivalry.

A weird thing is happening in my social media timelines: Otherwise liberal and progressive folks have been cheering on conservative radio host Erick Erickson—who, appalled at Donald Trump’s comments toward Megyn Kelly after last week’s first Republican primary election debate, announced he would be excluding Trump from the recent RedState Gathering—an influential reception for the conservative elite.

Credit is due to Erickson for marking a line in the sand for the behavior of one of the most verbally abusive celebrities to ever grace our television screens—not to mention a presidential primary—but before we decide that Erickson is some sort of great leader or a hero to women, we need to examine what exactly it is that Erickson is defending.

It started when Megyn Kelly, often considered one of the heavy hitters of the Fox News television network, took the first opportunity she had during last week’s Republican Presidential debate to ask Trump about some of the more sexist names he’s called women in the past—to which Trump now famously responded: “Only Rosie O’Donnell.” He received resounding applause.

While Trump got the laughs for his O’Donnell punchline (and was widely considered the winner of the debate), the real fallout for the billionaire tycoon began when he implied on CNN that Megyn Kelly asked him a hard-hitting question because she was menstruating. Erickson, who organizes the RedState Gatherings, took offense to this line, and excluded Trump from their next event.

As Erickson explained, he didn’t want his daughter or his wife in the room with Trump if his uncensored schtick was going to venture into this sort of sexist discourse, which Erickson believes lacks decency. “I just don’t want someone on stage who gets a hostile question from a lady and his first inclination is to imply it was hormonal,” Erickson explained. “It just was wrong.”

In case anyone is confused about what Erickson is doing or thinks that maybe he’s standing up for the fair treatment of women in politics or professional settings, let’s break down exactly what it was that upset him.

First and foremost, why would anyone consider Kelly’s question for Trump “hostile?” Did she call him a name? Did she say he was a bad person? Did she venture away from questions about his potential presidency and into his personal life? Did she even raise her voice? No. She asked him if he thought his past word choices were presidential and if they would help the Republicans win the election against a probable female candidate.

There was nothing hostile in Kelly’s question—it just didn’t pander to Trump’s interests. That Erickson thinks this straightforward question is “hostile” is our first red flag.

Erickson also seems to think that mentioning a woman’s period is classless and inappropriate. It is, of course, but it is not more inappropriate than calling Rosie O’Donnell a fat pig during a presidential election debate.

No, Erickson isn’t standing up for equality: He’s standing up for one woman in one particular instance. Erickson has said some really foul sexist crap about women in the past; on his own Twitter feed, he’s used the word “feminazi” and made multiple “make me a sandwich” jokes, not to mention making some horrifying comments about Michelle Obama and politician Wendy Davis.

While I doubt Erickson sees himself as a feminist, it’s important we don’t confuse his actions for anything that’s pro-equality, even if for one moment he said something sort of great—or at least not terrible.

After all, being pro-woman or pro-equality doesn’t dictate that you only stand up for women you like and agree with politically—it dictates that you stand up for equality for all women. And standing up for all women is one thing we know most Republicans don’t do: not women of color, not queer women, not women’s reproductive rights, and not equal pay for women.

Instead, Erick Erickson was merely being chivalrous, a term that is often considered very positive when applied to men, but which can often have a dark flip-side. Chivalry is traditionally considered to be a code of ethics wherein men pledge to help protect women. This sounds good in theory, but in practice, it’s often just another expression of patriarchy, wherein men set the rules and enforce them, and women are left as voiceless pieces of property.

And that’s what Erickson is doing here. Megyn Kelly is one of his people. He’s a Fox News contributor, and she is a famous white, blonde conservative Fox News personality. As much as they’ve gone head-to-head in the past, she’s still his people, still within his circle, and still a woman he feels responsible for protecting.

His women are also the wife, daughter, and friends he mentions as reasons to exclude Trump. Those are the ones he wants to protect. As Michael Rowe expresses in this tweet, if it were about more than just Erickson and his own interests, he would’ve also stood up against Trump for the awful other things he said about women in the past, including the horrific things he said about Rosie on stage that night.

But for Erickson, it’s not about the harm Trump causes women, it’s about protecting his property, and that’s where chivalry often goes wrong. It’s not about equality, it’s merely about vesting his interests. Lest you think this sneaky form of paternalistic sexism is rare in the GOP, let’s take a moment to hear why Jeb Bush is upset with Trump for his statement to Megyn Kelly: “Do we want to win? Do we want to insult 53 percent of all voters? What Donald Trump said is wrong, that is not how we win elections.”

Bush is right about one thing: What Donald Trump said is wrong. But what Jeb Bush is missing is that it’s not wrong because that’s not how you win an election—it’s wrong because it harms women. And that should be reason enough to stand up against it.

When did the harm being caused to women by men like Trump become irrelevant? When did winning the election become a better reason to speak up against sexism than the battle to end gender inequality itself?

But as evidenced by the recent attack on Planned Parenthood and the ongoing War on Women, the GOP isn’t for women. It’s sometimes about winning our votes, but it’s never been about serving us as their constituency. When they only reason you’ll stand up against Trump is because he’s going to hurt your party’s chances at a win, it’s clear that something has gone very, very wrong.

Joanna Schroeder now serves as Director of Media Relations for The Good Men Project while she focuses on her own writing. Her work has appeared in Redbook, Yahoo!, xoJane, MariaShriver.com, Time, and more. She and her husband are outdoor sports enthusiasts raising very active sons. She just finished her first novel. Follow her shenanigans on Twitter.