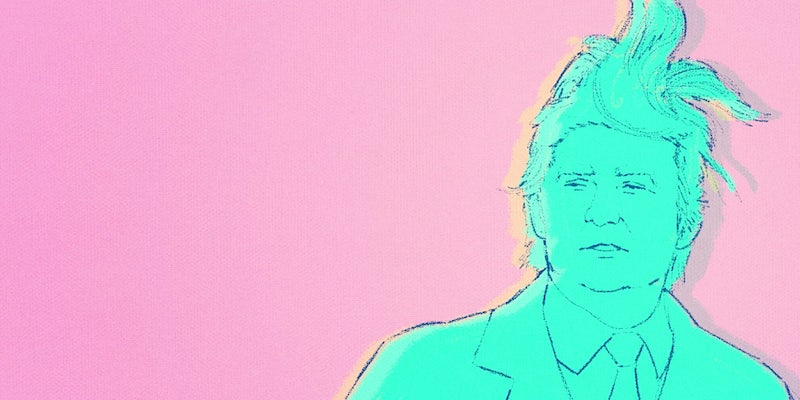 Here's the disturbing reason two men attacked a homeless person in Trump's name—and what we can do about it.

Last week in Boston, two area residents savagely attacked homeless person under what appears to be the pretense of anti-immigration politics. The men, identified as brothers Scott Leader, 38, and Steve Leader, 30, began their assault by urinating on the sleeping man. As if that were not a horrifying act enough on its own, the brothers then proceeded to beat him with a metal pole. According to a local press release, the pair were seen laughing as they left the scene. As CNN reported, Scott Leader “later told police they attacked him because he was ‘homeless,’ ‘Hispanic,’ and an ‘illegal immigrant.’”

And in their statements, the brothers cited a particular motivating influence in the crime: presidential candidate Donald Trump. “’Donald Trump was right,” the two men told CNN. “All these illegals need to be deported.” This does not need saying—because there is no justification for racist violence—but the victim is not undocumented. This only adds to the horror of the tale, as people might perceive undocumented citizens to be any and all working-class or impoverished Latinos, putting people of color at grave risk for further violence. That’s why we need to label Trump’s words for exactly what they are: hate speech.

Since announcing his run for president in July, Trump has placed anti-immigration politics at the forefront of his campaign. Whether on his Twitter account or at any venue in which he speaks, Donald Trump has committed to an agenda that aims to repeal the birthright exception by amending the constitution, as well as building a “wall” between the U.S. and Mexico. Even in his announcement, he referred to Mexicans as “rapists” and criminals” and refuses to use the term “undocumented,” consistently employing the word “illegal” instead. This is a very deliberate and specific decision with often tragic consequences.

Scott Leader “later told police they attacked him because he was ‘homeless,’ ‘Hispanic,’ and an ‘illegal immigrant.’”

Words have power. When one refers to a person as “undocumented,” it reminds us that “no one is illegal”—they are thinking of the human being first and the conditions of their citizenship second. On the other hand, when people refer to these same individuals as “illegal,” professor Harald Bauder of Ryerson University explained to the Toronto Star that it carries a connotation of “unwanted and non-belonging,” connoting that immigrants are “outlaws.” According to Bauder, its tone is “racist and colonial.” Bauder said, “The way we think is embedded in language. Through language, we construct the reality around us.”

On Twitter, Trump clarified that he doesn’t condone violent acts like the one in Boston. “We need energy and passion, but we must treat each other with respect,” he argued. While he can’t stomach physical violence, Trump’s dehumanization has powerful effects; this is the same man who wants to deport entire families—some who have lived here for years and some who were born here. For many of these undocumented citizens, America is their home.

Boston incident is terrible. We need energy and passion, but we must treat each other with respect. I would never condone violence.

As the cliché goes, with great power comes great responsibility, meaning that Trump is responsible for the actions he inspires. The idea of holding people accountable for violent rhetoric that may cause harm to others is not new—at least in a global context.

In other parts of the world, the battle against hate speech has been going on for decades. France, for example, has been enacting legislation against hate speech since 1939. They were first prompted to act in opposition to the gross amount of anti-Semitic material in popular media during World War II. Moving forward with minority protections for its most vulnerable populations specifically aimed to oppose speech that insulted others based on race, religion, or sex.

The laws were updated in the 1970s and 1980s—to protect Muslims and make it a crime to deny the Holocaust, respectively. Finally, after the worldwide impact of 9/11, the laws were once again amended to take into consideration the new lenses through which the world viewed anyone perceived as Muslim. However, these laws are not perfect: Following the attack on Charlie Hebdo, citizens across racial and religious spectrums struggled with with what hate speech meant in the wake of violence motivated by depictions of the prophet Muhammad. As the Associated Press’ Jill Lawless reminds us, “the line between religious satire and hate speech is not always clear.”

People might perceive undocumented citizens to be any and all working-class or impoverished Latinos, putting people of color at grave risk for further violence.

However, countries like Canada have clear rules about what constitutes hate. In order to be prosecuted in Canada for hate speech, the laws state that the rhetoric must be the “most severe of the genre,” “targeted to an identifiable group,” “public,” “deliberate, not careless.” In addition, the stipulations include that “the statements must be hateful when considered in their social and historical context,” while protecting “good faith interpretations of religious doctrine, discussion of issues of public interest, and literary devices like sarcasm and irony.”

Democratic presidential candidate Martin O’Malley has already argued that Trump’s anti-Latino sentiment meets the criteria of “hate speech.” “I think that all of us have an obligation to speak out against that sort of hate-spewing rhetoric and language when it enters our public arena,” O’Malley told Fusion’s Jorge Ramos (who was recently kicked out of a Trump press conference for questioning the candidate’s views). “I believe that sort of speech does damage to us as a nation and I believe that all of us should push back against it.”

O’Malley argued that Trump’s party has been “appallingly silent” on this issue, and others, like Chicago’s Mexican Unity, have warned that such silence could lead to further violence. Instead of fully condemning his views, Republican candidates like Rick Santorum, Sen. Ted Cruz (R-Texas), and Sen. Rand Paul (R-Ky.) all support the building of a wall, and RNC chairman Reince Priebus said that Trump is a “net positive” for the GOP.

In contrast, speaking out against hate speech can be a powerful act, and it’s been a powerful tool in the case against Roosh V., an American pickup artist infamous for his stance that rape should be legalized in the privacy of one’s home. Toronto Mayor John Tory recently opposed an event Roosh V. was speaking at in the city, while an online petition sought to block his entry into the country citing his views as “hate speech.” “It’s a form of equality protection,” attorney David Matas told the CBC.

The petition was unsuccessful, but such campaigns should serve as a wake-up call to Americans, as increasing numbers of people are attacked on the basis of perceived race or religion. While the #BlackLivesMatter movement shines a light on the treatment of people of color by police in the U.S., a wave of anti-Islamic attacks have become a scary new normal. “Personally, I’ve gotten dozens and dozens of hate emails and calls and even threats that have been turned over to the FBI, and we see this being replicated all over the country,” the Council on American-Islamic Relations’ Ibrahim Hooper told Mashable.

The petition was unsuccessful, but such campaigns should serve as a wake-up call to Americans.

This is not the face of a post-racial America, and the problem won’t get better if we hope that they simply fix themselves. While Trump is an egregious example, this doesn’t just affect Latinos—it affects Muslims, black people, women, LGBT folks, and every other marginalized group fighting to be on an equal playing field in America. As long as America creates men like Donald Trump, there will be those willing to take his ideas one step further.

While things are not perfect in other countries, hate speech laws have opened up a space to discuss the fact that our words have consequences—often dire ones—which is more than can be said for America. The time for justice and legislation is now—not before yet another innocent man is assaulted, simply for sleeping while being Latino.

Jayson Flores is the founder and editor of Gay on a Budget and a Philadelphia-based freelance writer.