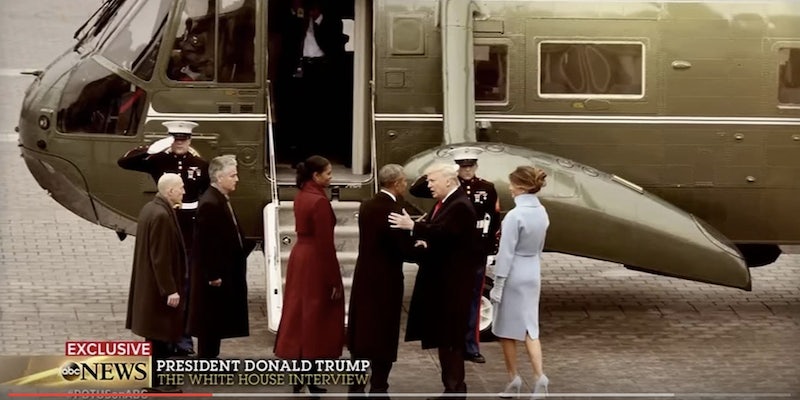 Did Trump alter this White House photo to make his hand look bigger?

The internet is tearing itself apart trying to decide if someone Photoshopped one of President Donald Trump‘s hands to make it look bigger.

First, a disclaimer: I’ll just begin by saying I will readily and lustily believe any conspiracy theory about our current president. A Manchurian candidate brainwashed by the Russian KGB to bring about the downfall of America? Heck yes. Traveled back in time to assassinate Lincoln to set about the racial divisions that contributed to his election? Certainly. POTUS 45 is really four geese stacked on top of one another, draped in an ill-fighting suit? Explains all the “squawk her up” chants at his rallies.

But this latest? It’s pushing the boundaries.

As with most things, it started with a tweet. Observer writer Dana Schwartz—who penned an essay to her paper’s owner, Jared Kushner (a current White House counsel), during the election about his involvement with some of Trump’s actions that many deemed anti-Semitic—noticed a photo in the White House that was shown during Trump’s interview with David Muir.

It looks that way from there, but… again, as someone who will believe anything anyone tells me about Trump, come on.

Would the president of the United States really order his staff to make his hand look bigger in a printed picture?

The absurd thing about this is that given all we know: Yes, it’s possible.

The crack staff at the Daily Dot—which was initially divided—went digging. First off, here’s the full shot of the photo from the interview. 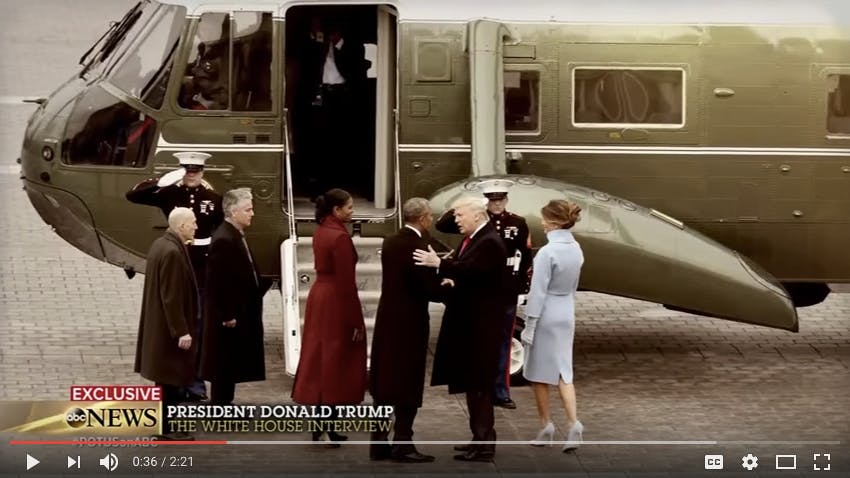 Trump, you may forget, is 6′ 2.” So even if he has small hands for his stature, those are still probably some paws.

Look at another shot from the interview, which unless ABC allowed the White House to bring in a CGI team before the channel aired it, shows Trump’s real hands. 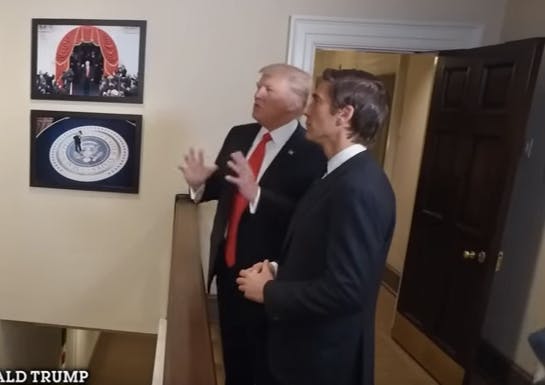 Those look like normal hands, and we agreed the photo was probably not altered. This GIF shows the side-by-side comparison.

GIF by the Daily Dot

A lot less sleeve and a different angle. Many tried to debunk Schwartz, but she was adamant.

Others insisted it was a different angle.

No, these are pics taken at slightly different angles. The one on the right has Trump’s fingers more foreshortened. https://t.co/klAUfNSa9Q

But as of publication time, this came to light.

And here you go: A GIF that I just made. Not aligned perfectly (my fault), but the hand is the same. pic.twitter.com/N7Zii1qRMY

Well. What do you think?