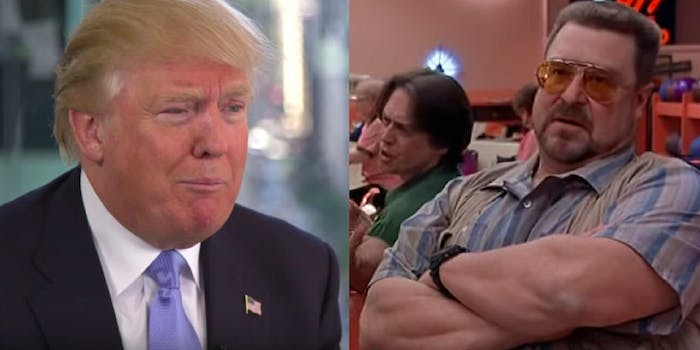 This Donald Trump and ‘Big Lebowski’ mashup is $#%ing priceless

The presidential candidate and Steve Buscemi's character have a lot in common.

Who better to tell Donald Trump to shut up than Walter Sobchak from The Big Lebowski?

The people over at Salon have edited together scenes from the movie where Walter is screaming at Steve Buscemi’s Donny, making for a hilarious mashup. Like many voters, Walter is 100 percent done with Donny. And while the Donny might not have really done anything to deserve a screaming in The Big Lebowski, we can think of more than a couple of reasons why the presidential candidate should get one.