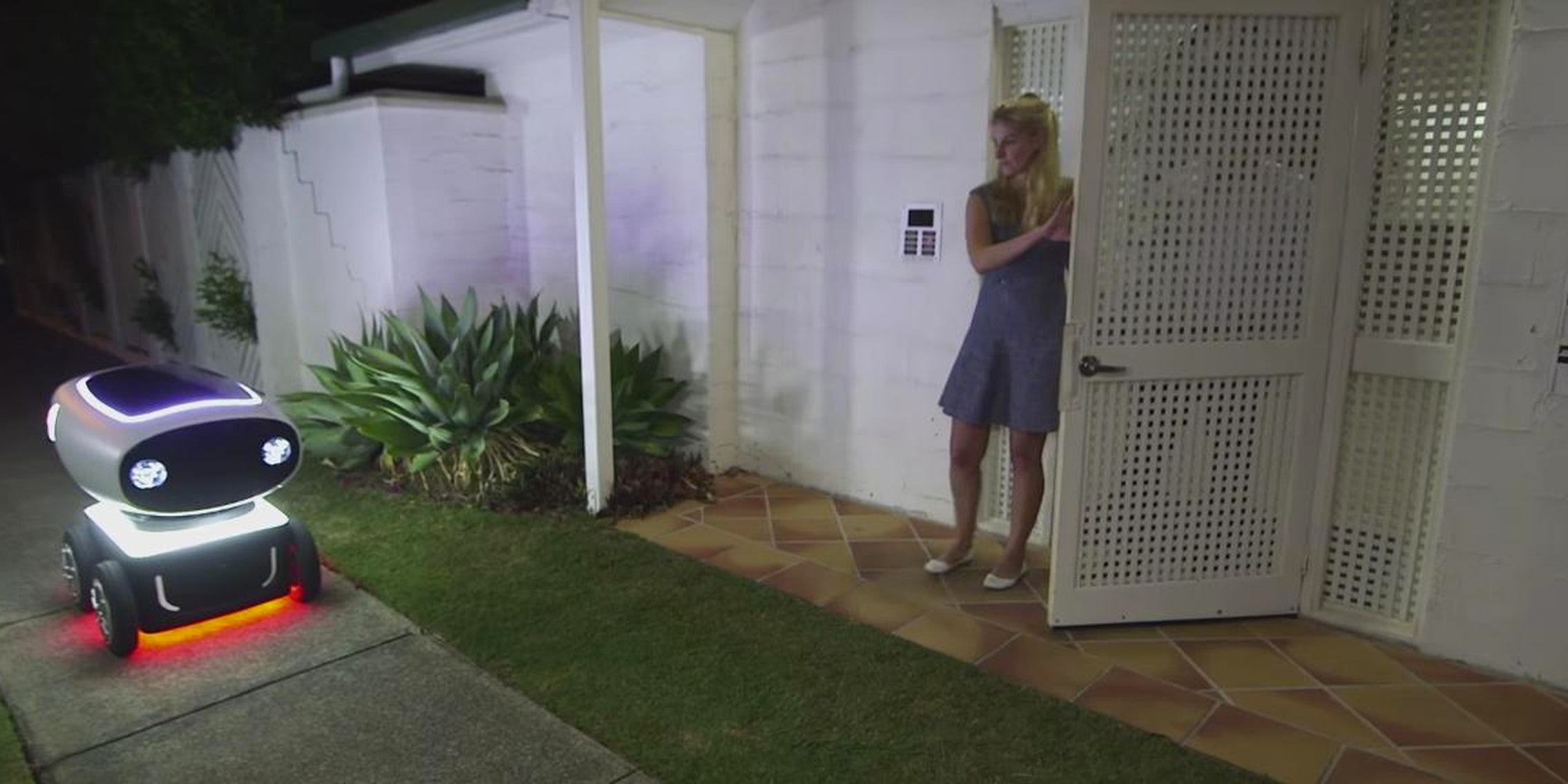 Do you still have to tip?

In 2009 the world’s largest pizza chain, Domino’s, did something unique.

It apologized for making horrible pizza. In a series of ads, it acknowledged that its food used to suck. You can watch most of those ads on YouTube, but it’s probably better to let comedian Geoff Tate explain them to you.

Gone were the days of just talking about how fast it would deliver your pie, Domino’s claimed. Now it was all about fresh ingredients and the time-honored craft of pizza creation.

At least until it decided to make a robot.

Meet DRU (Domino’s Robotic Unit), a little fella the pizza giant is touting as the “world’s first autonomous pizza delivery vehicle.” DRU is capable of delivering food in a 20-mile radius on a single charge, using GPS navigation and an array of sensors to avoid obstacles. 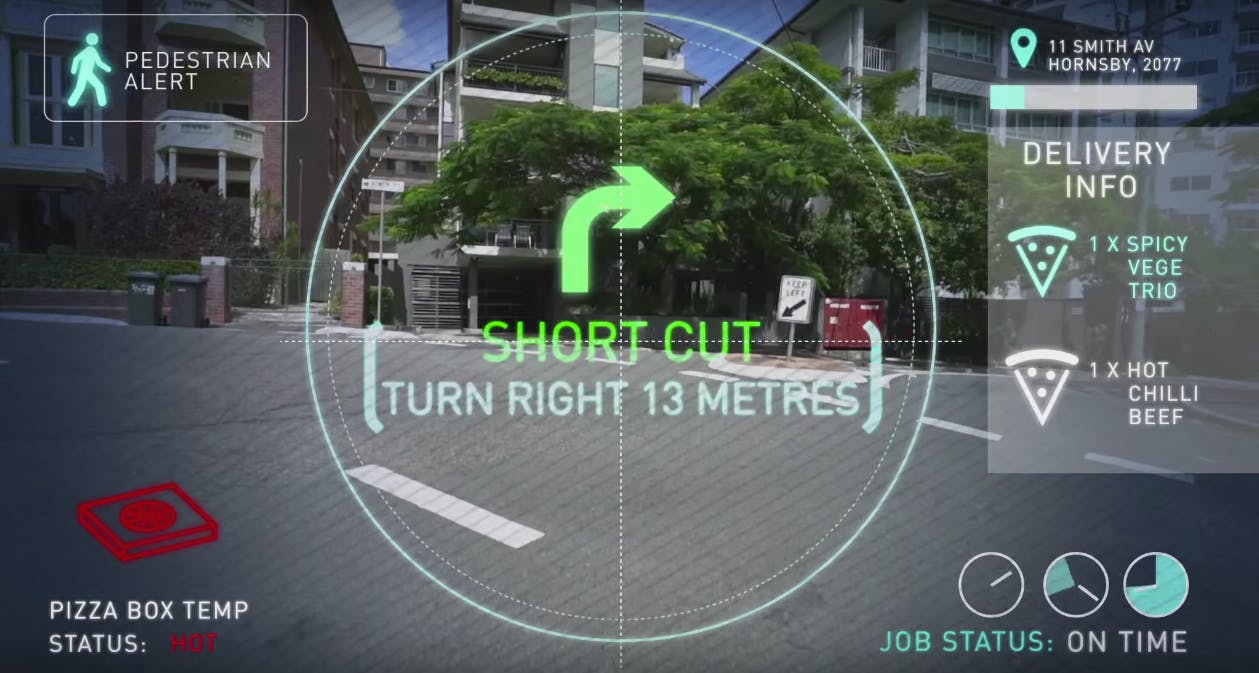 The robot stands a mere 3 feet tall and was designed using a base unit sourced from the military, with technology from Marathon Robotics, an Australian startup.

In order to prevent theft, DRU is equipped with security cameras, and customers will have to use their mobile phones to enter a unique code that unlocks its internal compartment. 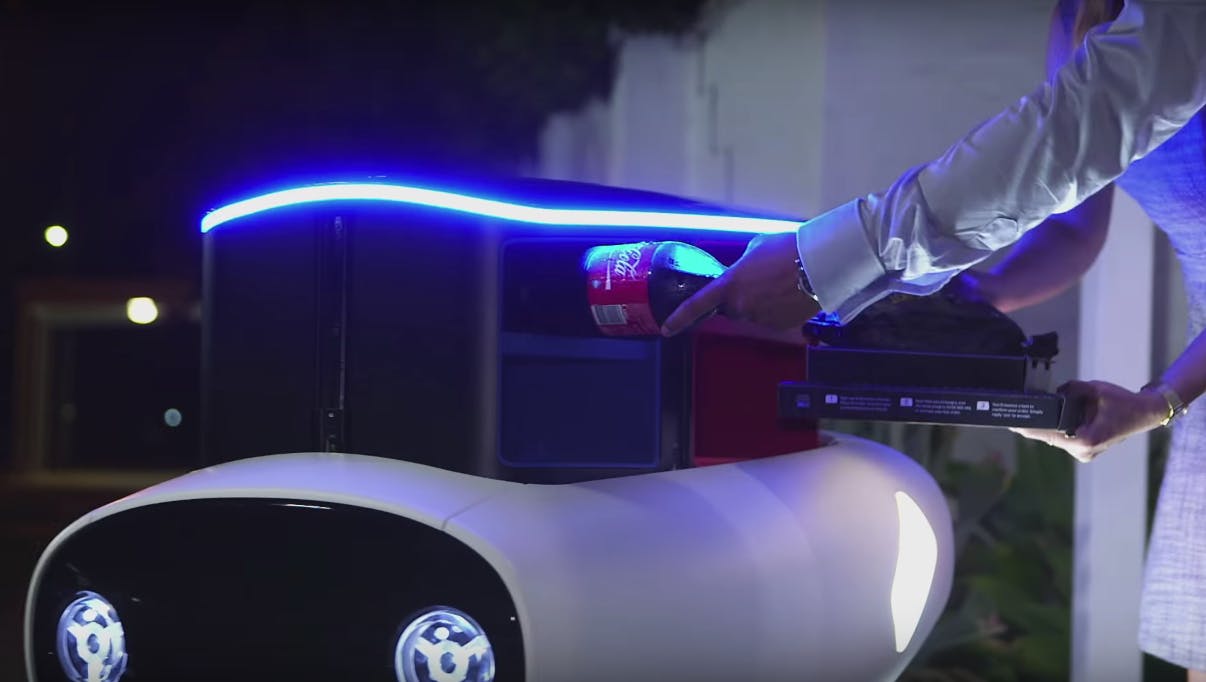 If you’re excited to have your pizza robotically delivered, you’re going to have a bit of a wait. Domino’s is testing the units out in New Zealand first, and since their speed tops out at around 12 miles per hour, use is restricted to bike and foot paths.

Domino’s CEO Don Meij claims the robot will make pizza delivery not only cooler, but safer. “One of our inspirations for DRU is safety—it seems pretty crazy to us that we use one-and-a-half-ton vehicles to deliver a few hundred grams of pizza,” he said in its announcement video.

If the idea catches on, you could see these little guys rolling around your neighborhood sometime in the next few years. But when it comes to pizza robots, just like humans, it’s what’s on the inside that counts.