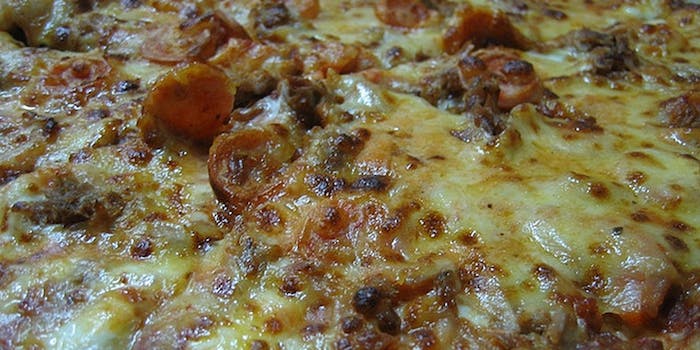 Domino’s apologizes for delivering the “best pizza ever”

Even major corporate brands can suffer from low self-esteem.

Interacting with brands online is a magical experience—you never quite know if it’s an algorithm, unpaid intern, or button-pushing monkey you’re dealing with. How else to explain this Facebook apology from Domino’s Pizza for a pie that the customer, in fact, was praising? 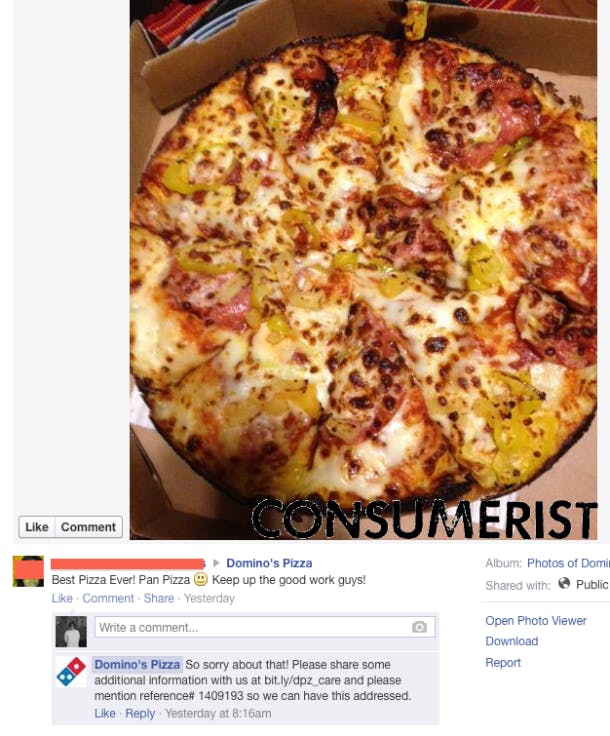 We’ve never encountered a company in such a rush to perform damage control on a successful consumer transaction. It may have something to do with the usual tenor of Facebook messages directed at Domino’s, which tend to go something like this: 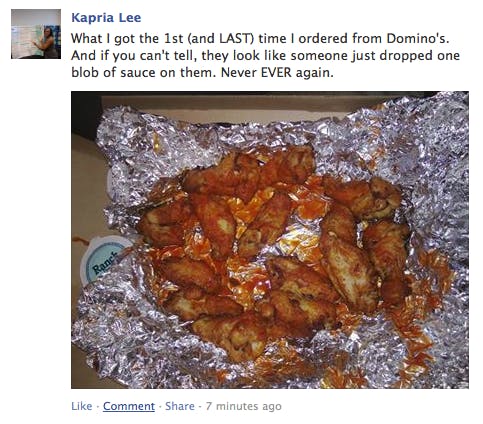 I don’t know, Kapria—you ordered wings from Domino’s. That’s kind of on you.

Nevertheless, we were intrigued by the kneejerk “mea culpa” policy and wanted to test how Domino’s would react to a Facebook comment neither overly positive or violently negative—no exclamation points, capital letters, or photos.

Half an hour later, the only reactions were from friends, most of whom took great offense at the idea that Domino’s Pizza even approached the level of mediocrity. Heated comments followed. 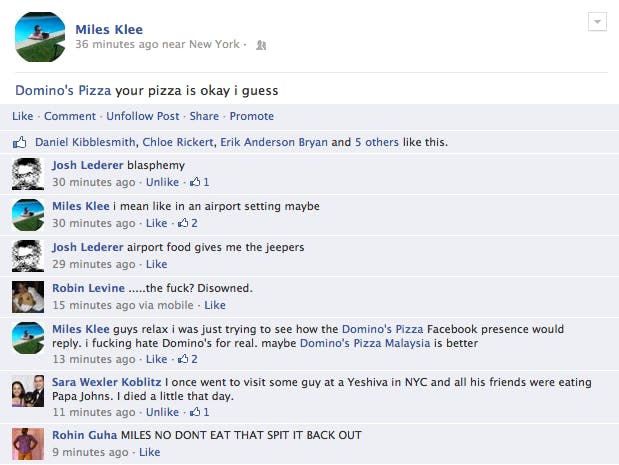