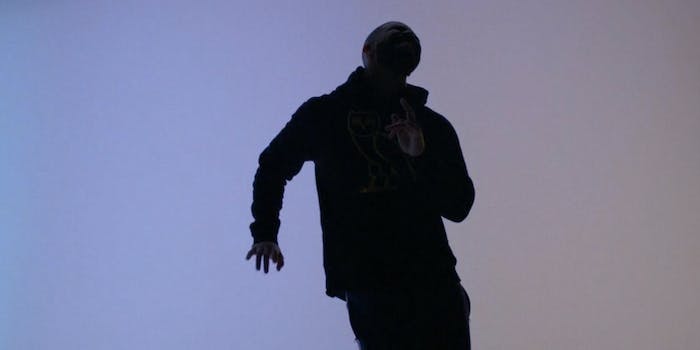 You may think Drake's a Canadian Jew, but you're wrong.

Ah, the beautiful island nation of the Dominican Republic. Famed for introducing the world to merengue and bachata, the country that shares an island with Haiti has also produced Oscar De La Renta, Sammy Sosa, and… Drake?

Oh, so you thought Drake was a half-Black, half-Jewish guy raised in an upper-middle class Canadian household? Wrong! Drake is Dominican. At least, he is slowly becoming Dominican—according to the magical powers of the Internet.

It’s hard to pin down exactly when the #DominicanDrake phenomenon was born. Social media posts pointing out Drake’s more Dominican qualities go back to at least 2010, which is about the same time that Drake entered his “Champagne Papi” career phase.

According to Remezcla, which has carefully followed and cataloged the former child star’s transformation into #DominicanDrake, it gained momentum around 2011 when Drake guest-rapped on the Nicki Minaj hit “Moment 4 Life.” With one shoutout to Dominican baseball player David Ortiz (“I’m in the Dominican/Big Papi Ortiz”), Drake won the hearts of Dominican fans everywhere.

But it wasn’t until Drake dropped his newest video late Monday, “Hotline Bling,” that the speculation about the artist’s secret Dominican roots exploded into a frenzy. And it wasn’t just because the video featured sexy Dominican model Damaris Lopez, but was mostly due to the fact that Drake actually dances some kind of loose, trippy bachata thing during a Latin breakdown in the middle of the song.

The “Latinternet,” as Remezcla calls it, did not fail to notice. Memes began to take over everyone’s feeds, and some Latino tweeters even called for a Raven-Symoné-style swap—trading Drake for Myriam Witcher, the Colombian lady that stumped for Donald Trump at a Las Vegas rally earlier this month.

Some of the best Dominican Drake memes live on Instagram, where photos of Champagne Papi can be found alongside jokes about him looking more and more like a bouncer at a Caribbean social club in the Bronx.

Facebook users had their share of fun with “Hotline Bling,” too, as Latin music overdubs of the video went viral. Some made fun of Drake’s dance moves, but others announced the death of their prior skepticism and conceded that #DominicanDrake had finally won.

But watch out, Dominicans! Looks like West Indians are trying to claim Drake as well. It will be a battle of the dance memes to end all, uh, battles of dance memes.

Is Drake just playing into his Latino fanbase by acting more and more Dominican? Or is he legitimately going through an identity transformation? Will he come out as trans-Dominican? The answers to these questions may never be known, but one thing is clear. If Drake ever tires of the cold weather up in Toronto, he’s got a home waiting for him just south of Florida.