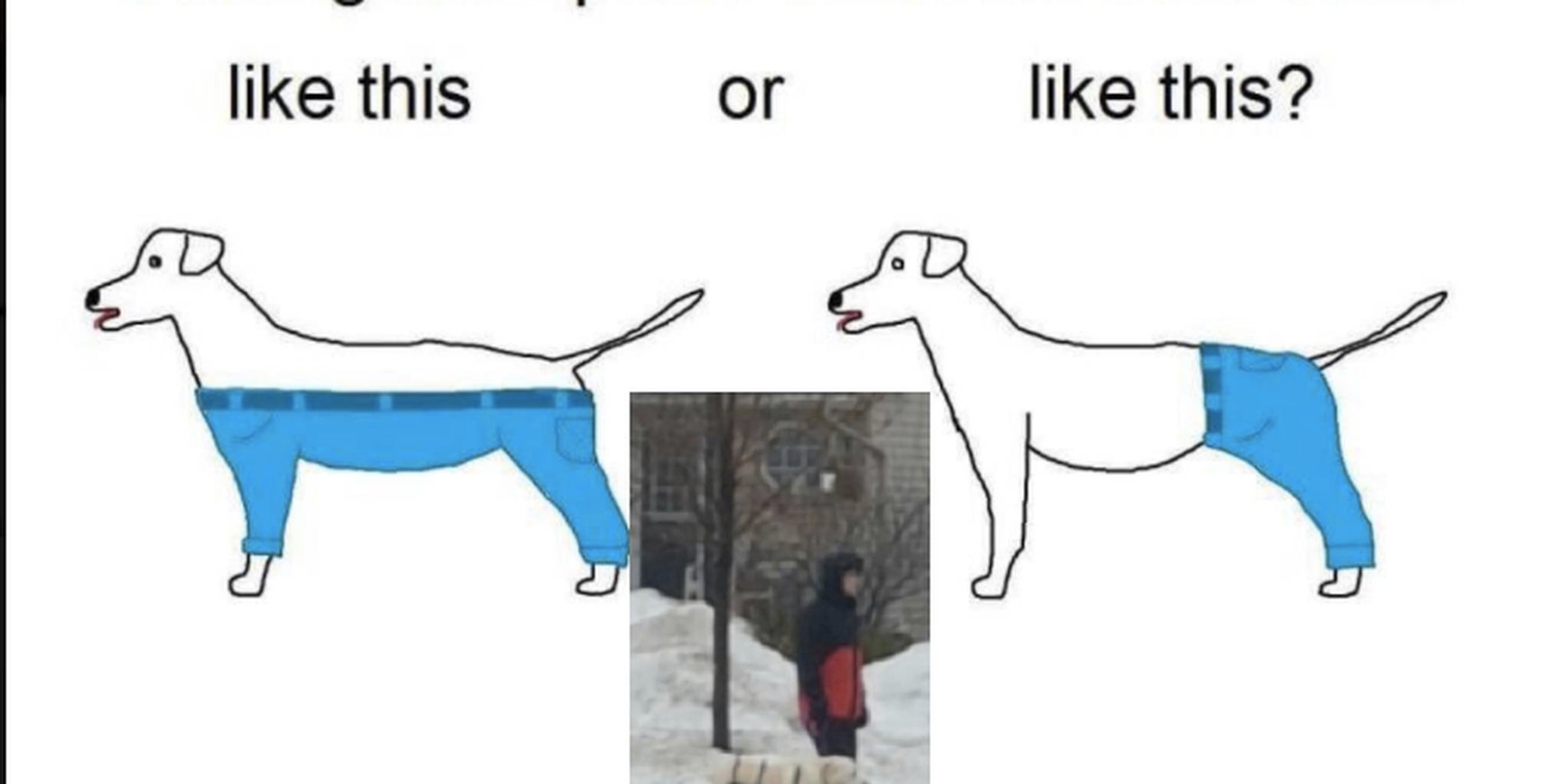 This is how dog pants are done.

At the end of 2015, a simple question was posed to the internet: If a dog wore pants, how would the dog do it?

The meme originated on Yik Yak and Tumblr but picked up steam when it was posted to Twitter by writer Jared Keller.

But now, thanks to a new picture of a dog actually wearing pants, the debate has been completely, utterly, once-and-for-all settled.

And it is NOT what you thought.

So that’s how dogs wear pants.

I’ll be damned. But who am I to argue with that dog?

Now that the most pressing American issue has been resolved, I think things are looking up for this country.