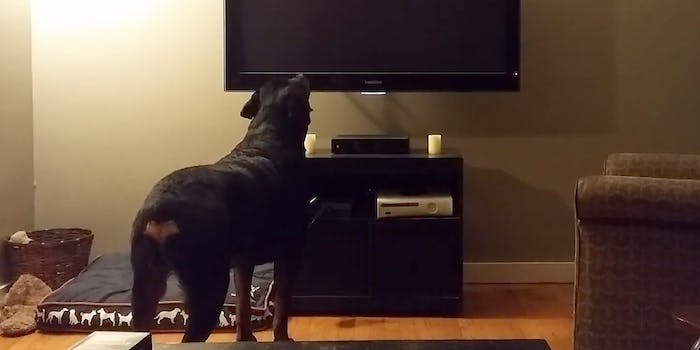 Home theater systems can be confusing.

YouTube user nate94gt’s Rottweiler just wanted to kick back after a long, trying day of barking at strangers and watch some TV. Unfortunately, this was easier said than done.

Because nate94gt has the TV hooked up to his PlayStation 4, the console must be on in order to operate the TV. Mastering this setup should be easy for the dog; after all, he’s seen his master do it countless times before. How hard could it be?

Poor dog. He probably went back to his pillow, put his head down, and dreamed of a simpler time. Maybe like the times in which his ancestors lived, when any animal—dog, cat, cockroach—could easily saunter over to the TV and flip it on like it was no big deal. Alas, we live in an age of technological confusion.

Credit where it’s due, though: At least the dog knew to go over to the PS4 and not the Xbox.