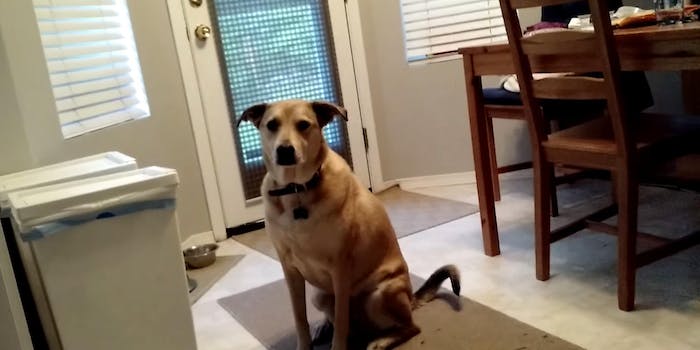 How do you get a dog to be this obedient?

Every dog owner should be envious of this incredibly well-trained dog.

When her owner opens the food bin, Indiana the dog gets just as excited as you’d expect. But she also maintains her composure. Instead of running for the food, she waits patiently for the food to come to her.

You can tell she’s totally freaking out inside, but her training is so good that she refuses to eat a bite until she’s been given the go-ahead.

Most dog owners—not to mention parents of young children—will probably be feeling very jealous as they watch this video. But rest assured, this kind of discipline takes a lot of work to accomplish.