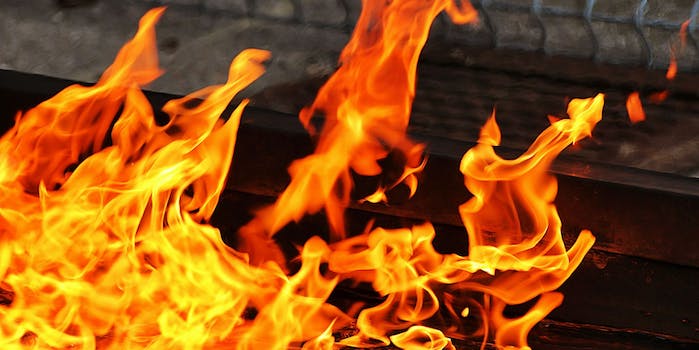 Despite common sense, today’s youth are still lighting themselves on fire.

And while you may think that the Ice Bucket Challenge was dumb, the fire challenge definitely takes the cake on stupidity inspired by an online trend. Popularized in late 2013 and spreading into 2014, participants record others as they light themselves temporarily on fire with some sort of flammable liquid—or at least “temporarily” is the hope.

But instead of a harmless recording for social media, a bunch of kids have gotten hurt.

One mom was even arrested in 2014 for helping her kid with the dangerous internet sensation.

But it looks like the flame wasn’t completely put out. Just last week, a 12-year-old boy was hospitalized with third-degree burns on 40 percent of his body.

Now, doctors in New York’s Nassau County are warning against the fire challenge.

According to ABC 7, Nassau University Medical Center’s Victor Politi said, “We know that children can sometimes be led astray and do things that are harmful, but to set oneself on fire brings it to new levels of foolishness.”

Additionally, Dr. Louis Riina has noted that injuries from the fire happen extremely fast, in less than a second. He said, “This is an alarming situation. We have to have very frank discussions with our children.”

So if you’re not going to listen to your parents, kid, please listen to the doctors. Don’t risk ending up in the hospital all for some views on Vine or YouTube.