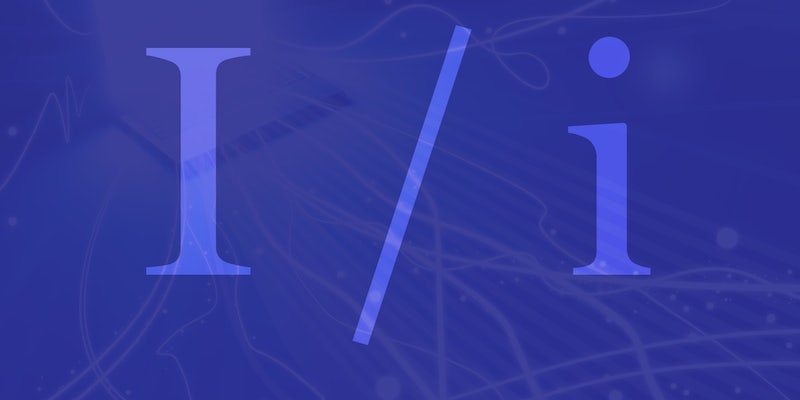 Should ‘Internet’ be capitalized?

The Internet is many things to many people. But it’s also mainly one thing: a forum for nerds to argue.

The Internet is many things to many people. But it’s also mainly one thing: a forum for nerds to argue.

Kevin Nguyen, founding editor of culture site the Bygone Bureau, is one of those nerds, usually about Internet culture. He and I have an ongoing debate about whether or not the word “Internet” should be capitalized. (Then again, “debate” may be a rather grandiose term for a series of Gchats where we call each other “idiot” at a rate of seven times per minute.) He says it shouldn’t be capitalized. I say it should. And as one would expect, the issue is about more than just grammar. It stretches into the age-old question of “What is the Internet, though?”

Scrolling back through the transcripts, it seems to all boil down to whether one should understand the Internet as

a) a discrete, specialized thing,

c) an idea that exists in the minds of people through cultural experience.

No doubt the Internet is all these things at once, but the matter of “to capitalize or not to capitalize” forces one distinction above the others.

If the Internet is a thing, or a “unique entity,” then it’s also a proper noun and therefore should be capitalized. But if the Internet can best be characterized as one of the other two distinctions, then it ought to be lowercased—internet.

Media like “television” or “print” are a conduit for unique entities, as opposed to a specialized thing in and of themselves, and so they don’t qualify as proper nouns. The distinction of “internet as cultural phenomenon” is demonstrated by the difference between “the Adriatic Sea” and “the sea” (notice the lack of capitalization). For any given person, “the sea” may resemble the water off the coast of Venice, but it’s still more a universal idea than the Adriatic itself. The cultural understanding of “the sea” is universal and thus not special enough to be capitalized.

I exchanged a few emails about the dreaded capitalization question with Joshua Benton, director of the Nieman Journalism Lab at Harvard, and he summed up the Internet-as-thing side of the argument much better than I ever could. Said Benton:

The Internet is a thing. It is a physical object, distributed around the world… The Internet is a single proper noun. You can have an intranet that isn’t part of the Internet… like Internet2 and that isn’t the Internet. A repressive regime can cut off the Internet by blocking a few physical points of entry, as happened in Egypt during the Arab Spring. If in that period, some smart Egyptian network engineer started up a new internal-to-Egypt computer network, that still wouldn’t be the Internet. Which is why I think it deserves the capital I.

I also rekindled the debate with Kevin Nguyen, who came down pretty definitively on the “medium” side of things:

The capitalization of “internet” is one of the few places where I disagree with the Chicago Manual of Style. A lot of technologies are capitalized when they’re new—telephone, phonograph, television, all were—but as they become more universal, it makes sense to treat them as a non-proper nouns. The internet has definitely reached that point, especially given that the United Nations have declared internet access a human right.

In spite of my previous position on the matter, I found myself somewhat unsatisfied by either of their explanations, particularly Benton’s. Everything he says is true. But the Internet, like all cultural artifacts, is more than a thing.

Moby Dick isn’t just the pages of the books, or even the words that are printed on them. It’s also the experience of the reader in reading the words, the enduring interest in the book that allows it to stay in print, the will of the publisher in recognizing that interest, and the Academy that canonizes all of the above. The words are the book, true, but the book is also more than just the words. The same is true of the Internet. It’s not merely data whizzing around a bunch of circuit boards, but ideas and relationships and culture, a phenomenon that at least approaches the realm of “the sea.” Then again, it would be odd for Moby Dick not to be capitalized, so maybe it’s a case of “this-and,” rather than “either/or.”

It’s possible that the Internet should be understood in the same manner as the moon.

The distinction strikes to the heart of many hot-button issues surrounding the Internet today. Silicon Valley’s innovation principle of “disrupt now and ask questions later” suggests a materialist, thing-oriented Internet, or at least one that considers the experience of its consumers much more so than that of people in general.

For instance, the dubious business practices of Uber would seem to suggest that if an act is technologically possible, it is also necessarily morally just. Intangible considerations like “should this app exist?” often get sidelined by the more pressing issue of “can I build this?” or “how fast can I get a minimum viable product?”

The Internet has obviously afforded its users a lot of power, but the bestowing of that power has been so rapid that often we don’t know what to do with it. Why ask whether the Internet reflects a collective community of human souls that can be affected by one’s own personal, online actions when you can “disrupt” something?

Speaking of the moral implications of Internet access, I mentioned Benton’s comment on the Arab Spring to Nguyen, and he responded:

I see what Josh is saying but I don’t really buy it. The repressive regime didn’t cut off the internet, they shut down internet *access*. To me the distinction is minute but important. The fact that the internet is made of tangible, physical things doesn’t mean it should be treated as a proper noun. When we talk about the internet, we’re almost always referring to it as an infrastructure or a medium—“I saw it on the internet” as opposed to in a magazine or on television; “internet media” as opposed to print.

And it should also be noted that, in favor of the “Internet as medium” argument, Benton was adamant that “Web” should not be capitalized for the very reason that, as opposed to the Internet, “the web” is a medium. Said Benton:

Since the web is a protocol—the assemblage of HTML, HTTP, CSS, JS, etc.—it can exist in multiple environments. So, for instance, you can have a website that’s on a private intranet that isn’t on the Internet. I can run a webserver on my laptop that isn’t accessible anywhere else. So it’s not an object in the same way as the Internet. What it is, really, is a medium, just like print, radio, or television—and we historically lowercase those.

I questioned Benton whether those people for whom the term “web” is synonymous with “Internet” could capitalize “Web” using the same reasoning he gave for “Internet.” He replied:

But the web/Web is by no means synonymous with the Internet. The email in your Microsoft Outlook at work is part of the Internet, but not part of the web. Netflix on your TV is on the Internet but not the web. My Twitter iPhone app connects to the Internet but it’s not on the web. Of course this is all more complicated—you can see web pages in that native Twitter app; lots of people get their email via Gmail or something similar; Netflix probably uses web views in its native apps.

Benton also mentioned that perhaps it could be useful to get concrete data on how Internet users—or “kids using Snapchat,” as he put it—address the capitalization issue.

And as odd as it sounds, a Big Data solution might satisfy both the tech and language enthusiasts. All the above grammar distinctions are arguments for authority, as opposed to a descriptive grammar emerging from “how people talk.” Whether the capitalization of “Internet” should be determined on the basis of its physical tech, its status as a medium, or its cultural impact, it’s still a standardized rule determined by experts. And considering that the Internet is supposedly connected to the general population as a democratic tool, perhaps the question should be figured out less like a puzzle and more by analyzing the behavior of “the crowd.”

Then again, it’s very probable that the crowd doesn’t care about such things at all, and that consequently there would be no right way to capitalize “Internet.” What happens when a question gets put to the crowd, but no one cares? If a nerd debate happens in a forest and no normals are there to comment, or hurl the odd insult, as the case may be, did it ever really happen?

Editor’s note: We are strict about capitalizing “Internet” and “Web” at the Daily Dot. For us, the Internet is a very real place, like Djibouti or Sam’s Club, not a piece of technology, like a monitor. —CF

Nathan Pensky is a writer and PhD candidate living in rural Pennsylvania. You can follow him on Twitter.