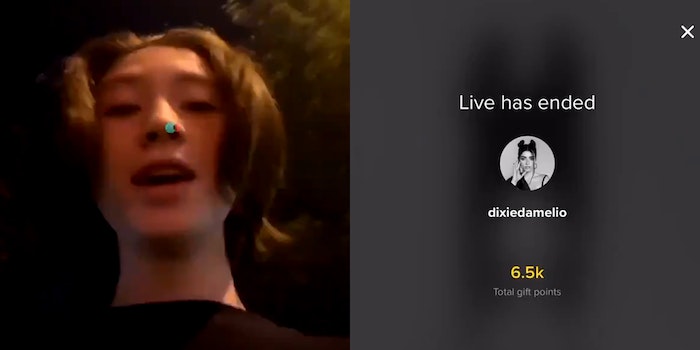 A teen waving a gun took over D'Amelio's TikTok.

Dixie D’Amelio’s TikTok account has disappeared after the influencer was reportedly hacked.