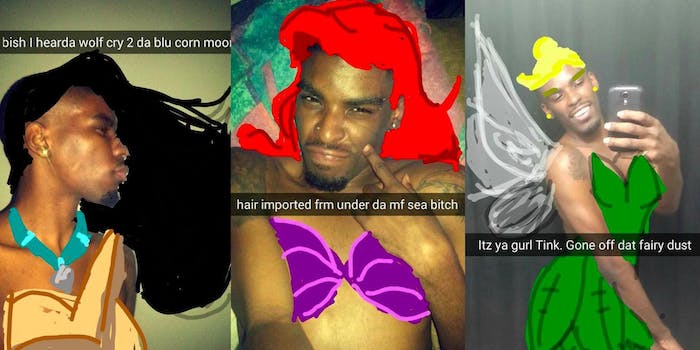 Meet the man who moonlights as Disney princesses on Snapchat

The wonderful world of photo-sharing app Snapchat is home to everything from guys drawing cartoons over their dongs to Rick Perry trying desperately to connect with the youth as he runs for president.

And now one dude is turning himself into saucy Disney princesses.

Meet Thom White. He’s a 22-year-old dance major at the University of the Arts, and his Snapchat creations are nothing short of flawless. 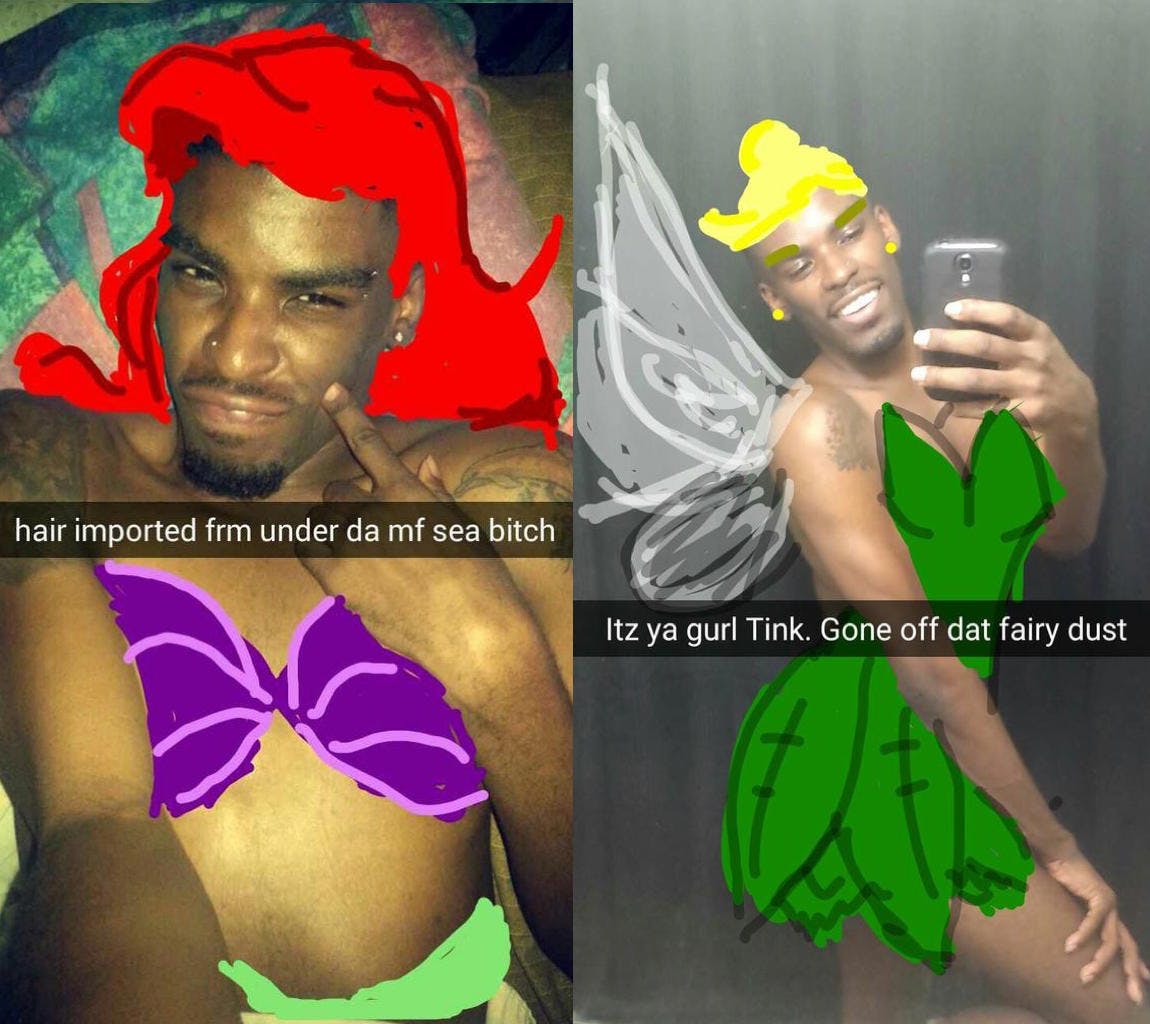 White (Snapchat username: moochiemane) started off swapping snaps enhanced by irreverent doodling. He and his friend Roderick (roderickphifer on Snapchat) would take photos of each other and edit themselves to look like old ladies in church, celebrities, or even inanimate objects.

White, who loves to draw and used to attend Pennsylvania State University as a visual arts major, makes pulling off these masterpieces sound easy. He basically scribbles for five to ten minutes and then draws an outline more carefully.

When you're interacting with a cute follower and one of your followers tweets/follows them pic.twitter.com/t2l9GtyxVY

Once he has the art down, it’s time for a sassy caption.

“The captions are the cherry on top for me,” White told The Daily Dot in an email. “I feel as though they transform the pictures from bored illustrations into urban parodies that many of my generation can identify with.”

White and his friends eventually started creating Disney-related snaps and posting them to his story. He noticed that the posts of Disney characters were getting a lot of screenshots. Some of those captures have ended up on Tumblr, where they’ve racked up over 85,000 notes. 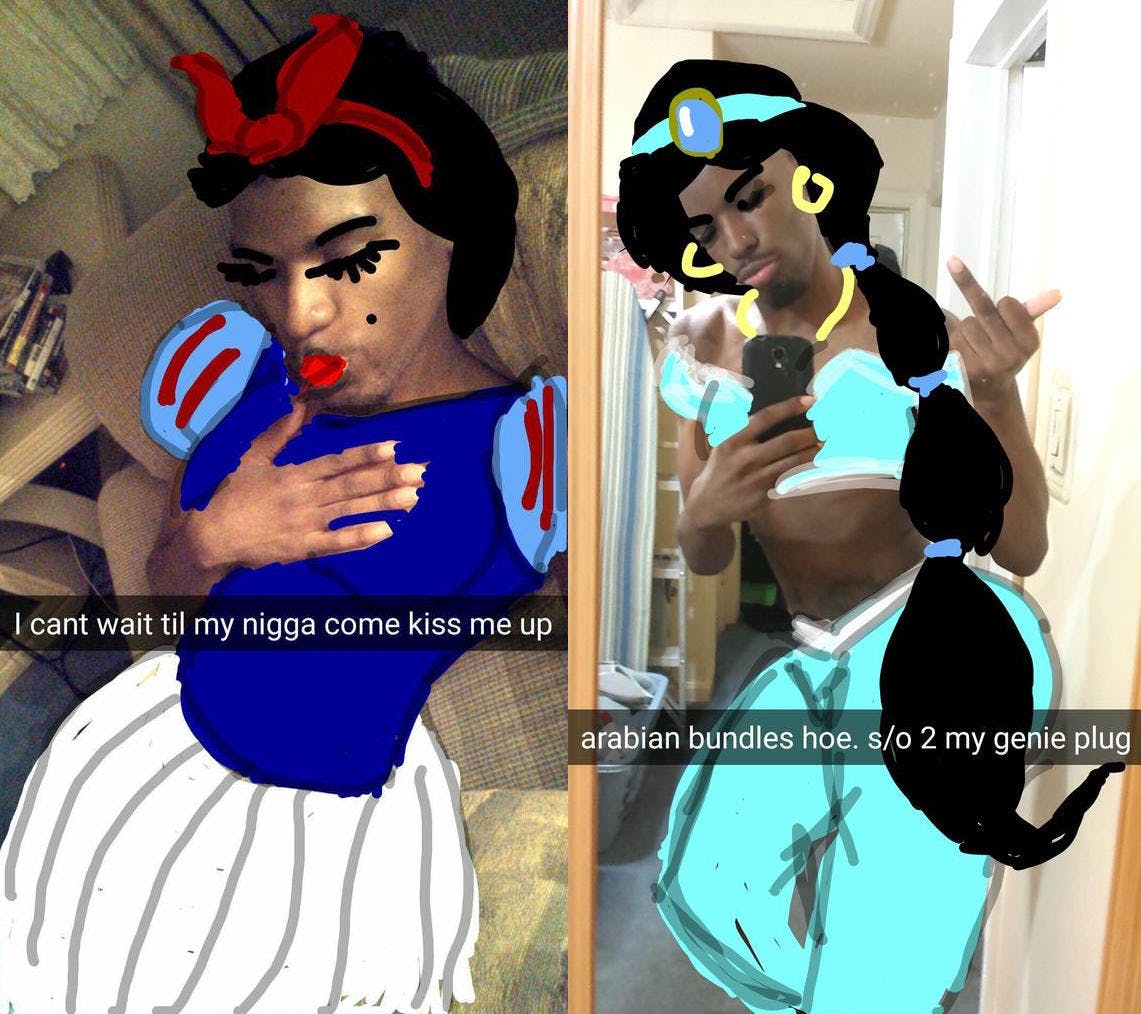 “I post the pictures on Twitter at times, but never Tumblr. I’m excited to hear they’re getting shine on other social media outlets!” he wrote. His tweet on June 12 with four of his snaps has over 10,000 retweets and 6,651 favorites.

As for White’s own personal favorite turn as Disney princess? Queen Elsa. “Not sure why, it just screams ‘bad bitch’ to me,” he wrote.

And we sure wouldn’t want to mess with that icy BAMF. 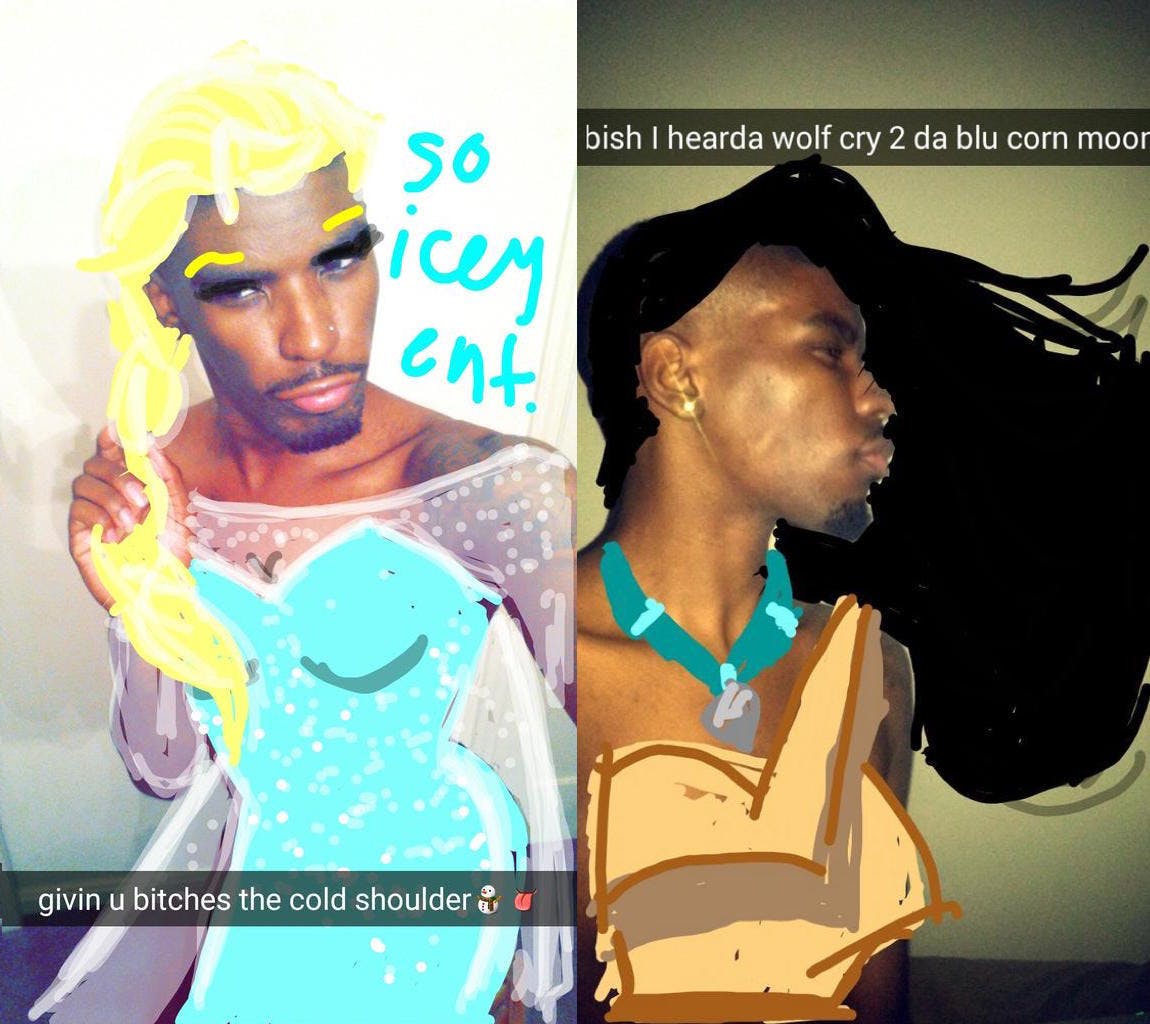