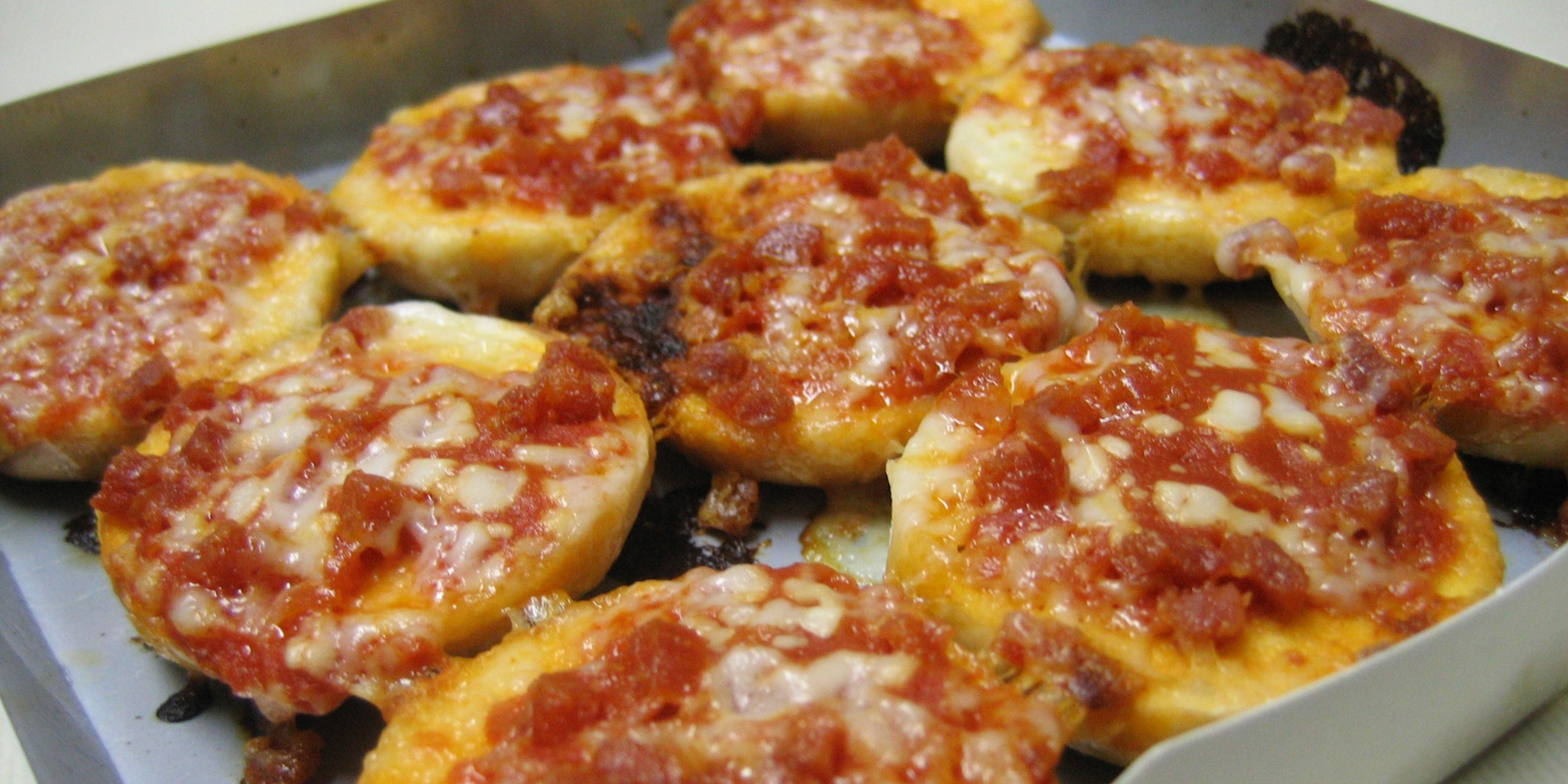 It may be 2014, but some of us take every possible opportunity to reminisce about the 1990s or the 2000s. Of course, there are some aspects we’d like to forget — like that offensive ad Nintendo ran. Aside from the ad and some questionable ’90s fashions, we love remembering  the delicious, and sometimes strange foods that came and went during the ’90s and ’00s. If you find yourself craving French Toast Crunch cereal or some Vanilla Coke, you can actually find some on Amazon.

Here’s 10 discontinued foods from the ’90s and ’00s that you can still buy on Amazon.

Vanilla Coke disappeared from the shelves in 2002, but was brought back to some countries in 2007. 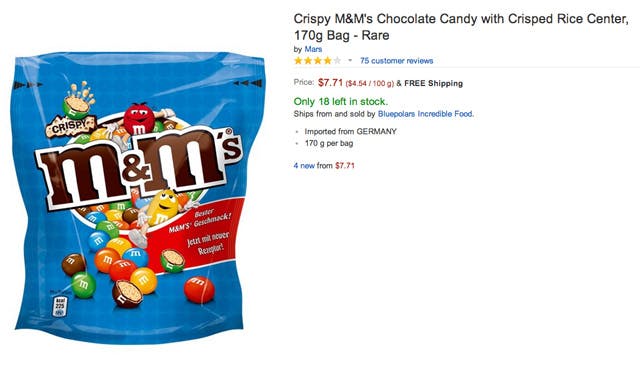 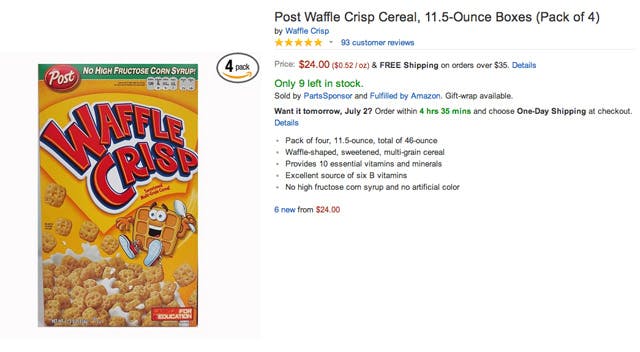 If you say you didn’t like the maple syrupy flavor of Waffle Crisp, you’re lying. Unfortunately for fans of the cereal, it has become extremely hard to find. 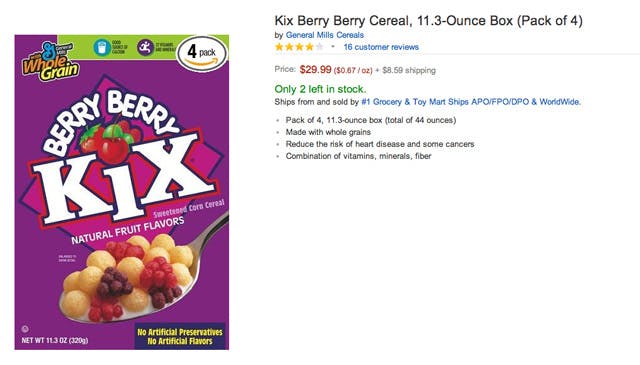 The Berry Berry Kix sold in stores now lacks the berry-shaped pieces of cereal that everyone loved in the ’90s. 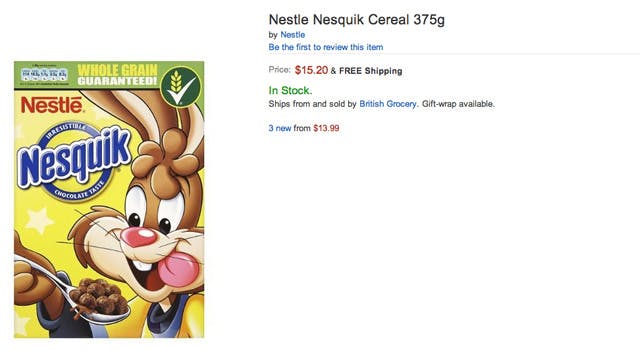 Gone are the days when you could go to to the grocery store to pick up a box of Nesquik cereal, you’ll have to order it online. 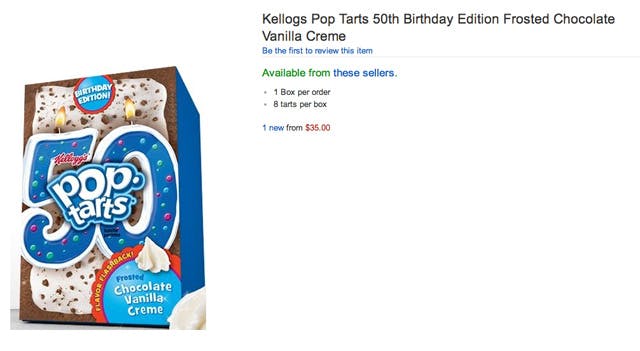 Pop-Tarts have so many flavors that many didn’t even realize this flavor was discontinued until it showed up as a limited edition Pop-Tart. 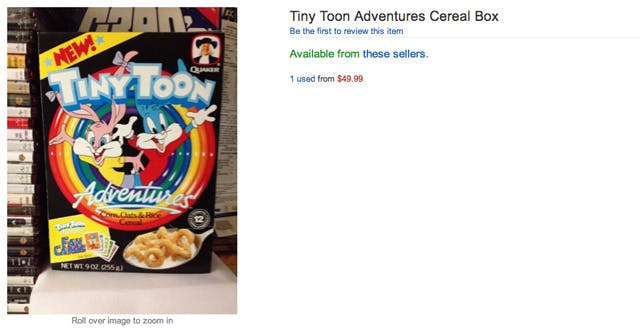 Tiny Toons Adventure cereal was discontinued in the ’90s, but for the low price of $49.99 you can purchase just the box on Amazon. 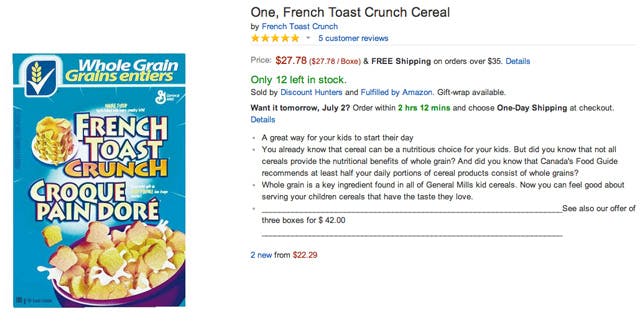 French Toast Crunch started filling cereal bowls in the late ’90s, but by 2006 bowls around the country were left empty when General Mills stopped producing the breakfast cereal. 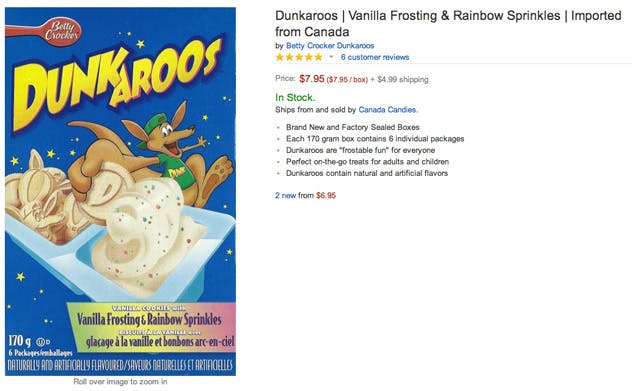 All the cool kids had Dunkaroos in their lunch boxes during the ’90s, unfortunately for children in the late 2000s this was not possible since Betty Crocker stopped making them. If you look hard enough Dunkaroos are still available in some stores, including Amazon. 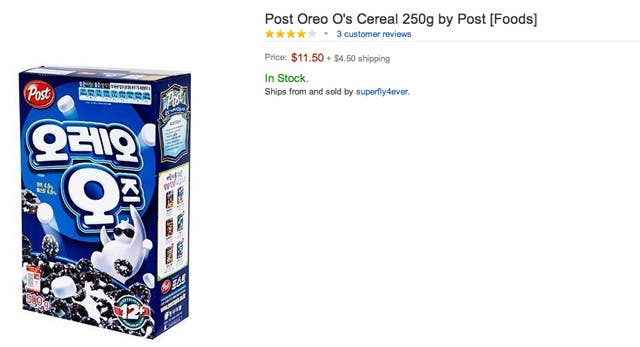 Oreo O’s may have been one of the best cookie cereals that Post ever made and luckily for fans, the cereal is still sold online.

Thankfully dial-up is a thing of the past so purchasing these discontinued foods off Amazon is a breeze.

Photo by busbeytheelder/Flickr (CC BY SA 2.0)