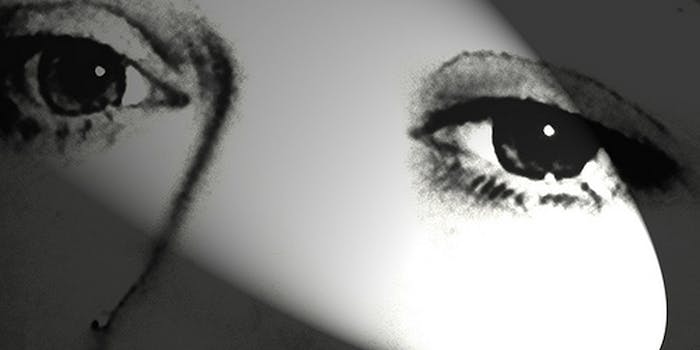 Dire Boris was booted on YouTube. The commenting duo say they were framed by their enemy, a reply girl.

Your home is raided by law enforcement, all your possessions are seized, and you are fired from your job. The reason? Your enemies framed you—or at least you think they did.

That’s what happened to Dire Boris.

In Dire Boris’ case, the home and source of income in question is a YouTube channel, the possessions: videos.  And the unsympathetic officials were represtented by Google, owner of YouTube.

The members of Dire Boris, a relatively new video game commentating duo whose characters play drunk Russians, told the Daily Dot they received no explanation before their channel was terminated suddenly mid-March.

But they have an idea why YouTube shut down their channel so suddenly, making everything on it effectively disappear: bots.

Bots are programs that artificially inflate video counts for profit and popularity, and they have been a problem on YouTube since at least 2009. They’re a way to cheat the system, making it look like more people saw a video, and thereby increasing the payday of any video. (YouTube pays based on traffic.)

Botting is strictly forbidden, and because YouTube generally assumes that the person who posted the video is the one doing the botting to boost traffic, the penalty for botting is severe: exile.

For a YouTuber making his or her living from their videos, it can mean effective unemployment.

Dire Boris’ videos were definitely botted. The question here is who did it? Dire Boris members say that someone else botted their videos to get them kicked off. It may be impossible at this point to prove exactly what happened. But evidence also suggests that Dire Boris’ accusations are accurate.

“Both of us spent very much time on this channel, and seeing six months of hard work vanish in a blink of [an] eye is extremely sad,” Dire Boris told the Daily Dot, “especially when we both know this was us being framed.”

Framed by bots. This is a story that might shock people who dip in and out of YouTube for mere entertainment. This is a story about the underbelly of the YouTube community and it involves deceit, blackmail, forged evidence, sex, digital weapons, and accusations.

The trouble began back in late February and early March when the two Dire Boris members deviated from their formula. Before then, they primarily made videos about video games. But community matters were heating up on YouTube and they responded with three videos.

Specifically, they ranted about YouTube’s policies as a company, the site’s redesign known as Cosmic Panda, and a third subject that was taking off at the time. They made a video ranting against the so-called reply girls, a group of women who were using their cleavage and clever tagging to manipulate YouTube’s related algorithm for maximum profit.

All three videos became very popular on their own. But their reply girl video was especially popular. It even hit the top of Reddit’s video section, big time for any video.

Dire Boris was one of first to speak out against reply girls—and got credit and increased traffic—for doing so. Traffic is as good as gold on YouTube

William Hyde, aka TheWillofDC and YouTube’s unofficial sheriff, called Dire Boris “an amazing new leader in the YouTube community” for leading the charge against the reply girls.

The trio of community rants seemed to put Dire Boris on the map. Before the rants, Dire Boris videos were lucky to break into the tens of thousands. But these three were getting hundreds of thousands of views.

Then something mysterious happened. Traffic started hitting millions in days, and video statistics showed those views coming from mobile devices. Actually, it wasn’t so mysterious. That’s a tell-tale sign of botting. All signals pointed to manipulation.

And Dire Boris members said they immediately knew then that the video was being botted. They insisted they weren’t doing it, themselves. But someone was. Knowing they could be booted for it, they quickly informed YouTube via Twitter, assuming that someone else had hired a botting company (they exist) to frame them.

They tweeted to YouTube manager Bing Chen about their videos being botted.  “Please fix the view bot issue it’s used for framing,” they wrote.

“[We] don’t even know how to [bot],”  Dire Boris told the Daily Dot. And even if they did, they said they wouldn’t because “it’s just like stealing, and we do not want to be involved in such.”

If Dire Boris didn’t bot, then who did?

Dire Boris and others point their fingers in one direction. They’re  accusing one of the reply girls of punishing Dire Boris for their anti-reply girls rant in a now-removed video titled “re:Everything.”

More specifically, they’re accusing the reply girl known as Megan Lee Heart, along with her boyfriend, Brian Martin, of botting the video.

The day Dire Boris’ channel was shuttered, the two said they received taunting messages from Heart.

“She sent multiple messages the day [we] got terminated on YouTube,” said Dire Boris. “Some of them included ‘I know you’re getting terminated today, how do you feel?’ and so on.”

The duo said they didn’t take screenshots of the messages before their account was terminated, but if their channel is restored, they promised to show them to the Daily Dot.

Reply girl denies charges and lobs them back

Both Heart and someone who identified as Heart’s manager named “Lee” (no last name or gender was given) denied the charges and turned them around, claiming that Dire Boris was actually trying to blackmail Heart.

“I do believe DireBoris was responsible for botting YouTube,” Lee wrote in the email. “He even started his videos by attacking TheReplyGirl, whom has a history with my client of accusing which isn’t tolerable but she has stopped and apologized to her so that is forgiven.”

“DireBoris had come to Megan’s channel and threatened to expose documents about her and proof she was involved in the botting,” Lee wrote in an email to the Daily Dot. The messages were not saved, Lee said, “because we do not save drama in the inbox.”

Heart also claims the same thing in a video uploaded on March 19  titled, “YouTube VIEW BOT WAR.” But she did not give specifics. Heart also said the fact that Dire Boris was suspended is proof that he was “dabbling in that shit” (ie: botting).

Around the same time that the videos were being botted, Heart also sent YouTube’s community news broadcaster, William Hyde (TheWillofDC), an email declaring that she had proof Dire Boris was not only botting, but actually a very popular gun-toting YouTuber known as FPS Russia in disguise, Hyde said. Hyde read her email—with her permission and explicit endorsement—on his regularly scheduled daily news show, but proof of her allegations never surfaced.

FPS Russia denied he is part of the duo known as Dire Boris, and that he was botting. He even called Heart a liar in a public tweet. Dire Boris also denied they were FPS Russia in an email to the Daily Dot.

Others are supporting Dire Boris’ version of the story. Alejandra Gaitan, aka TheReplyGirl, has also accused Heart and Martin of botting an unrelated video. She said her work was botted in the past due to a feud.

Botting employee has evidence of botting

And a botting company employee also says he has evidence that Dire Boris was framed. The employee, who spoke to the Daily Dot on the condition of anonymity, said he has hard evidence. He claims to have accepted money from Heart and Martin. He alleged that Heart’s boyfriend botted Dire Boris’ videos, and other critics of Heart, specifically to get them kicked off the site.

(Dire Boris had referred to reply girls as “mother beeches” in their video “re:Everything,” and called their reply girl practices wrong.)

The botting employee told the Daily Dot he had received “multiple transactions from [Megan Lee Heart] and her boyfriend on PayPal for multiple orders.”

The employee specifically named Martin, and said he’d already gotten $2,000 from him in order to bot other people’s videos, including those of Dire Boris. The employee provided a screenshot of the most recent receipt, which had Martin’s name on it.

The employee said he decided to contact the Daily Dot with the information, because “someone is framing and I am against that.”

Lee responded, saying the botting company receipt was a forgery. As proof, Lee says that Brian, and his twin brother Kevin Martin’s, associated PayPal email addresses do not match the ones listed on receipt given to the Daily Dot. Lee adds that the email showing up on the receipt belongs to Kevin, not Brian.

However, many of Lee’s claims have been called into question. For instance, in previous emails to the Daily Dot, Lee had denied any relationship between Brian or Kevin Martin and Heart. However, Brian Martin and Heart used to have a joint show, SkitsNVlogs, on YouTube and public records show they lived at the same address at some point last year.

In a video uploaded March 24, Heart announced she would be going on a YouTube hiatus until May 1, to finish her classes.  YouTube commentators speculated that Heart’s YouTube leave was related to the March 30 termination of her partnership with Machinima, a video entertainment network. Heart’s Machinima partnership was revoked by the network immediately after a false DMCA request incident during the reply girl fiasco.

A Machinima representative told the Daily Dot the termination of Heart’s contract was “a mutually agreed upon situation.”  Heart actually did not end up taking a hiatus.

The Daily Dot reached out to YouTube for a comment on the termination of the Dire Boris channel and was told they are looking into the matter.

Dire Boris, on the other hand, has simply “given up” trying to get their work back.