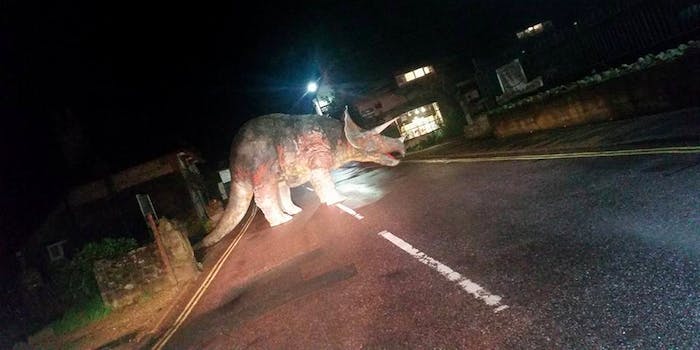 Friday night, a giant dinosaur replica was seen blocking a road on England’s Isle of Wight. Chris Hollingshead posted a picture of his encounter with the Jurassic Parked beast to Facebook.

The triceratops is known around these parts as Godshilla and belongs to Martin Simpson from Island Gems, a fossil and gem shop. He told the County Press the he suspected “it must have taken five hefty lads to move it.” He didn’t realize that the prehistoric prank had happened until the County Press had reached out to him.

Godshilla has since been moved back to his rightful home. It’s unclear whether the mischief-makers will try to mess with this triceratops again.