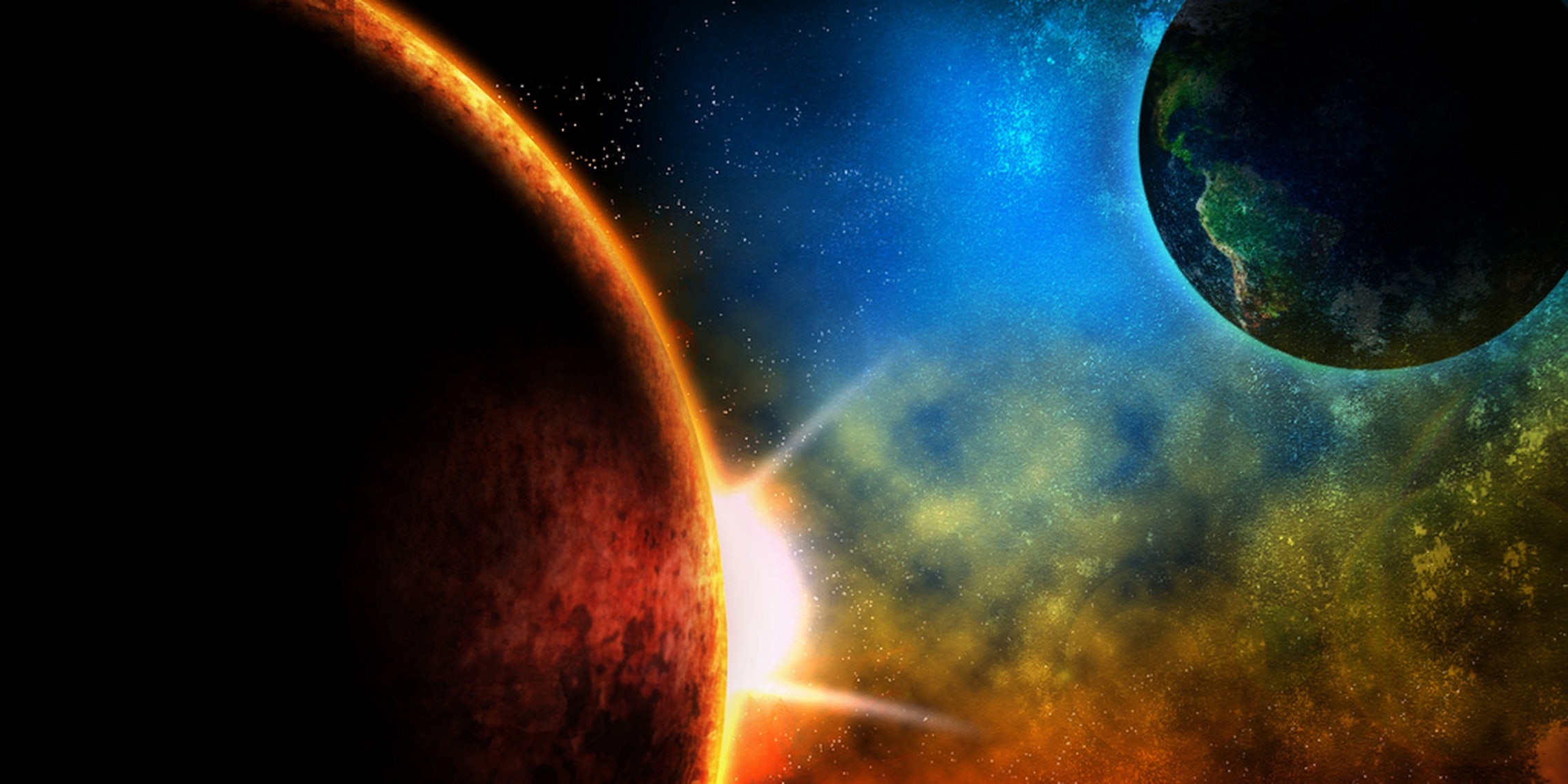 The future of Mars exploration is you

Democratizing the space race is crucial to the future of our planet.

Last week, India went where many men have gone before: into the space race. The country became the first nation to ever reach on Mars on its first try, as India’s Mangalayaan satellite began its intended journey orbiting the Red Planet. The launch was so successful that NASA recently announced plans to partner with ISRO, the Indian Space Research Organization, to team up for joint exploration of Mars.

But aside from the novelty of Mars exploration, what may prove the mission’s true legacy is its astonishingly low cost. Mangalayaan cost India just $75 million, just over a tenth of the whopping $671 million price tag of Maven, NASA’s most recent satellite. India’s satellite was even cheaper than the budget for Gravity, Alfonso Cuaron’s effects-driven space saga, which cost its studio $100 million.

Fostering affordable space exploration is an important next step in democratizing the space race, allowing countries outside of the traditional U.S.-Russian dichotomy join in. Although India has widely been criticized for spending $75 million to shoot robots into space when it houses a third of the world’s poor, Indian Prime Minister Narendra Modi thinks this is an important step in fostering innovation. Just as Neil Armstrong taught Americans to dream of the impossible, Modi hopes Mangalayaan will do the same for India.

Of course, India’s discounted space exploration was an invention of necessity, as Mashable reports that the country’s “space agency has honed its ability to make do with limited resources over the years.” According to Mashable’s Patrick Kulp, it wasn’t just a matter of budget: “many international agencies refused to share expertise with ISRO’s scientists after the country began conducting nuclear weapons tests.”

But if desperation breeds ingenuity, India’s bang could mean big bucks for the wider space industry. Tech titan and professional eccentric Richard Branson has long hoped to take the race toward democratization even further with his own Virgin Galactic project, which makes space travel available to the public. Branson even plans to launch a reality show with Survivor’s Mark Burnett, Space Race, in which contestants compete to be sent to space with one of Branson’s Galactic flights.

Although the key to Branson’s plan is affordability, we’re still a long way off from space tourism being readily available to members of the general public. A fare on Virgin Galactic currently costs around $250,000, whereas WorldView Enterprises (a competing venture) gives interested passengers the gift of suborbital travel at a relatively reasonable $75,000. A Virgin Galactic ticket could be an ideal stocking stuffer, but only if your last name is “Hilton.”

This is why anthropologist Cameron Smith has been experimenting with creating his own DIY space suits. According to Williamette Week, Smith “plans to balloon up to 63,000 feet to test the suit” as part of a mission with Copenhagen Suborbitals, a nonprofit based out of Denmark, next year. “The year after that, the Danes will send it up to 63 miles,” Williamette Week reports.

Smith argues that “space travel is [still] a rich man’s game,” and that game is about to get a number of additional players, as plummeting costs allows Silicon Valley innovators to enter the galactic fray. As global ecologist Greg Asner told Buffalo News, “With the cost of putting a satellite into orbit dropping because of cheaper materials and so many competing commercial launch ventures, a lot of really cool innovation has begun to happen.”

Two of the major presences in Silicon Valley’s burgeoning Space Race are Skybox Imaging and Planet Labs, both of which have been busy launching their own satellites into orbit, along with UrTheCast, a Vancouver-based company that sent cameras to the International Space Station earlier this year. And these ventures are seeing big investments for their interstellar dreams, with Skybox boasting $91 million (and counting) in donations.

With innovations like Google Earth making satellite imagery accessible to the public, there’s a huge industry in selling Internet users photos of their surroundings, but these images have largely been controlled by a few entities. The space startup revolution hopes to change that, while also  “[using] satellite technology to help save the Earth, documenting troubling trends such as melting ice caps and coastal erosion in the hopes they can be remedied.”

However, democratizing space travel may not be to everyone’s benefit. As more firms and nonprofit entities have the ability to fund their own galactic ventures, what’s to stop a well-funded terrorist organization from doing the same?

As the National Journal and Council on Foreign Relations report, U.S. intelligence is becoming increasingly concerned about space terrorism. The Journal’s Laura Ryan writes that “an attack on a U.S. satellite—or damage to one from another country’s debris—could have astronomical effects on national security.” Ryan continues, “The U.S. is more reliant on space than any other nation to carry out critical national security functions, such as precision attacks on suspected terrorists and image analysis of nuclear-weapons programs.”

A report from the Institute of Peace and Conflict Studies further details what the U.S. can expect when it’s expecting a galactic attack. Defense analyst Ajay Lele explains that access to suborbital travel gives terrorists the ability to jam American GPS, as well as devise space weaponry meant to attack U.S. citizens. And if Branson’s Virgin Galactic takes off, terrorists will have the ability to pose as tourists and hijack the shuttle.

According to the BBC, thorough screenings from the U.S. Federal Aviation Administration will ensure that those who fly have clean backgrounds, in order to weed out potential terrorists. However, there’s no fool-proof way to prevent terrorist attacks from inside, or activity from without, should groups like ISIS join Silicon Valley in launching their own cost-conscious satellites.

But as Cameron Smith reminds us, humankind may not have much of a choice in the matter. “Somebody said recently that civilization has a failure rate of about 99 percent,” Smith argues. “I think civilization is a wonderful thing, and I think that to preserve it you’ve got to go to space. You’ve got to be able to settle space and move away. It’s just like Carl Sagan said: If you’re a one-planet species, your time is numbered.”

While dwindling wildlife populations and the specter of climate change make the future of life on earth uncertain, funding cheap space flight isn’t just an imperative for countries and entities who want to prove they can keep up with traditional space powers like NASA. The future may depend upon it.