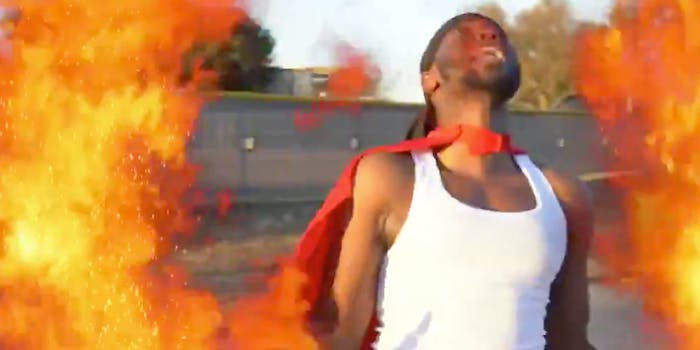 Black Twitter goes off with ‘December 21’ memes, destroys Gina Rodriguez in the process

The memes, though funny, also come from a desire for ridding the shackles of racism.

According to the scores of hilarious “December 21st Our Real DNA Will Be Unlocked” memes, today is a momentous day. They refer back to a Dec. 5 response by @lottidot to a conspiracy-driven tweet, which supported the belief that on Dec. 21, 2020, Black people will receive superpowers.

The memes, though funny, also come from a position, or desire, for ridding the shackles of racism, whiteness, and white-centering; to show that Black people have value and power regardless of the white gaze.

You may remember that Dec. 21, 2012, was a date marked by conspiracy theorists saying that the Earth would be sucked in a black hole, or the planet would collide with a mythical planet Nibiru, or Planet X. The notion became the subject of an infinite number of jokes on Black Twitter about the events of Dec. 21, principally the comedic manifesting of Black people flying, displaying super strength, growing in size, or even traveling back in time to save the ancestors from the clutches of slavery.

From that original tweet came a hail of amazing memes and jokes from Black Twitter. Here are the best (and unusually specific) iterations.

One Twitter user wanted to save Steve Irwin, who tragically died via stingray.

Desus Nice gave room for those of us that cape for whiteness:

The best “December 21” take came from Mark Phillips and the RDC crew.

Aside from these came unique energy toward actress Gina Rodriguez, a habitual line-stepper—and occasional gaslighter of Black people.

Before her Twitter went dark, the Jane the Virgin actress allegedly joked about the “December 21” meme, as if claiming Afro-Latina heritage.

Ever petty and unforgiving, Black Twitter proceeded to give her all the shady business, dating back to the time she rapped the N-word from the Fugees’ classic “Ready or Not” while getting her hair done.

@keincolor tweeted: “BREAKING: Actress Gina Rodriguez has fallen off the top of the Hollywood sign after attempting to fly. Many at the scene heard a voice crying ‘but I’m Afro-Latina!!'”