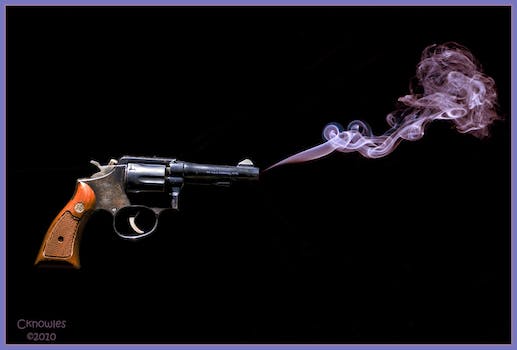 Even a man tightrope walking across the Chicago River can't save unscripted programming.

It was a slow, uphill walk across the Chicago River for seventh-generation daredevil Nik Wallenda, who embarked on what was billed as his “most challenging feat yet” on Sunday night: walking a tightrope between two skyscrapers, blindfolded and without a safety net. He faced not only the city’s notorious wind but also the November chill, yet in a selfie snapped right before the walk, Wallenda looked unfazed, even happy. It’s the face of a man who knows he’s going to live.

Unlike his great-grandfather, who famously fell to his death in Puerto Rico, Wallenda did not take the plunge on Sunday; however, his ratings did. The stunt was part of a Discovery Channel special, a follow-up to last year’s walk across the Grand Canyon, but Sunday’s broadcast drew just over half the Canyon stunt’s viewers. Maybe it was the fact that two Chicago skyscrapers are undoubtedly less iconic than one of America’s marquee natural wonders. Maybe it was the added competition from Sunday Night Football. Or maybe America is just growing bored with watching people cheat death for TV ratings.

Although live events are are often billed as the future of television—with general upward trends in awards show viewing numbers—Wallenda’s ratings dive follows an overall erosion in ratings for unscripted cable programming. Once a ratings juggernaut, A&E’s Duck Dynasty has watched its ratings crash in the past year, falling 46 percent, while fellow docusoap Here Comes Honey Boo Boo was recently cancelled after the show’s June Shannon (i.e., the titular star’s mother) started dating a sex offender.

Duck Dynasty’s ratings woes are particularly troubling for the cable TV industry, as the show represents the last holdover from the reality television boom era. The onetime cultural phenomenon debuted in 2012 before reaching a peak of 12 million viewers, a figure that ratings-strapped networks like Fox or ABC would kill for, but since its arrival, cable TV hasn’t been able to launch a comparable success. VH1’s recent Dating Naked, the year’s most-hyped reality program, netted a paltry 826,000 viewers upon arrival. As Entertainment Weekly’s James Hibberd joked, “You know a genre’s in trouble when hot naked singles rubbing body paint on one another can’t draw a crowd.”

But Dating Naked wasn’t the only unscripted cable show to struggle to top a million viewers. As Lacey Rose and Michael O’Connell explained in the Hollywood Reporter, last year “[marked] the fourth consecutive year in which the number of cable shows debuting to an audience of at least 1 million viewers in the target 25-to-54 demographic has declined.” Rose and O’Connell continued, “In fact, only 24 percent of new unscripted cable series averaged north of 1 million, down from 35 percent in 2010.”

If unscripted programming is tanking on cable, long the king of the genre, networks are slowly abandoning reality TV to avoid going down with the ship. While trends show that the number of scripted shows has risen in recent years, long-time network staples have become rapidly decaying dinosaurs.

American Idol continues to shuffle its judges around in order to generate interest, even generating an attention-grabbing Nicki Minaj–Mariah Carey feud to get anyone to watch, but that show hasn’t produced a star since Adam Lambert claimed the runner-up slot five years ago. Off the top of your head, can you name who he beat? (If you said Kris Allen, you get a prize.) And can you name any of the Idol winners since?

During Idol’s slow march into extinction, other networks have attempted to launch their own singing competitions (ABC’s Duets, Fox’s X Factor). Only The Voice has broken out, but even that has failed to create a superstar on the level of Kelly Clarkson, Chris Daughtry, or Carrie Underwood, who became multi-platinum artists after their time on Idol. Jennifer Hudson even became an Oscar winner. Although The Voice has raised the profile of its judges, re-launching the career of Adam Levine and the band he fronts, Maroon 5, the contestants are increasingly beside the point. I can name 20 Idol contestants off the top of my head, but I can’t come up one from The Voice.

And no matter how many Starter Wives or Sin City Rules-style programs flop on cable, they will never have to contend with a failure as massive as Fox’s Utopia. In the network’s rush to replace American Idol, it poured $50 million into an ambitious stunt promised to be “the biggest social experiment ever televised,” but after months of abysmal ratings and worse reviews, the show was pulled just in time for Halloween.

The difference between the two was simply the year. Joe Millionaire aired in 2003, en route to becoming one of the biggest hits in TV history. I Wanna Marry Harry then was simply a relic from a bygone era.

What makes these two eras different? As nearly every critic has pointed out, shows like I Wanna Marry Harry debuted 13 years after Survivor taught networks that the best way to create a reality hit is to incessantly clone what everyone else is doing. From the success of So You Think You Can Dance and Dancing With the Stars, you get Skating With the Celebrities, Splash, Fast Cars & Superstars, and America’s Best Dance Crew. As one reality TV insider put it in an interview with Vulture, “There’s a saturation factor going on: If you put a pawn show on cable, a year later, there’s 25 of them.”

Because of the Starbucks mentality of content curation, where overwhelming supply is thought to breed demand, Undercover Boss executive producer Eli Holzman told Vulture’s Josef Adalian that it’s becoming more difficult to stand out. “There are fewer and fewer untapped categories that rise to the level of a network show,” Holzman explained. “It’s so crowded, they have to be that much bigger and different.”

There are a number of reasons that the unscripted bubble has burst. In France, for instance, recent legal decisions mandate that all reality show stars “be treated—and paid—as salaried workers,” according to the U.K.’s Daily Mail. “The ruling came after the supreme court ruled that three contestants on the French version of Temptation Island were entitled to full employment contracts,” the Daily Mail report explained. “That included overtime, holidays, and even damages for wrongful dismissal should a contestant be eliminated from the show.” As one of the show’s contestants put it: “Tempting someone is hard work.”

But there’s another, simpler explanation than seemingly absurd French legal briefs. Reality TV is dying because in the age of the Internet, television’s definition of “unscripted” programming is increasingly behind the curve. As shows like MTV’s The Hills and Jersey Shore have proven, reality television isn’t reality at all—and is often heavily scripted. On Laguna Beach and The Hills, MTV executives suggested storylines for the show’s stars, even generating a scripted romance between Kristin Cavallari and Justin Brescia. In an interview with Bravo’s Andy Cohen, Cavallari later admitted those shows were “pretty fake.”

Although the Internet isn’t immune to its own issues with verisimilitude (remember Lonelygirl15?), the lack of mediation gets rid of that added barrier to reality. On YouTube and Vine, anyone can instantly upload their thoughts to a willing subscriber base; we go not just to watch the millionth rendition of the Harlem Shake but to see people authentically representing their own experiences in a way that the bottom line of reality TV doesn’t allow for. Instead of waiting for the next Real Housewives installment, reality is streaming on the Internet 24/7.

A July survey from Variety found that YouTube stars outpace Hollywood celebrities in influencing teens, and to measure that, researchers “asked 1,500 respondents a battery of questions assessing how 20 well-known personalities stacked up in terms of approachability, authenticity and other criteria considered aspects of their overall influence.” In other words, Variety asked teens what kind of media they really trust, and they overwhelmingly chose the Internet over TV.

Of course, trust and authenticity are a nebulous, slippery slope (see: Sam Pepper), but it’s hard to argue with teens when the biggest unscripted show on TV doubles as a weekly domestic violence apologia. Facing the Internet’s growing monopoly on the reality market, the New York Times’ Emily Steel argued that stunts like Nik Wallenda’s will become the norm, as networks continue to take “extreme risks… to attract lucrative, live audiences in the age of fragmented, on-demand viewing.” But it’s not just a matter of whether or not Wallenda can top his previous feat but whether an audience doesn’t feel so inundated with other options to tune in. In an oversaturated TV age, even defying gravity begins to feel passé.

Next time, if Wallenda wants to really wow the American public, he doesn’t need to traverse to the Grand Canyon or brave Chicago on a cold night. All he has to do is go to YouTube. If you stream it, they will come.

Photo via The Knowles Gallery/Flickr (CC BY 2.0)