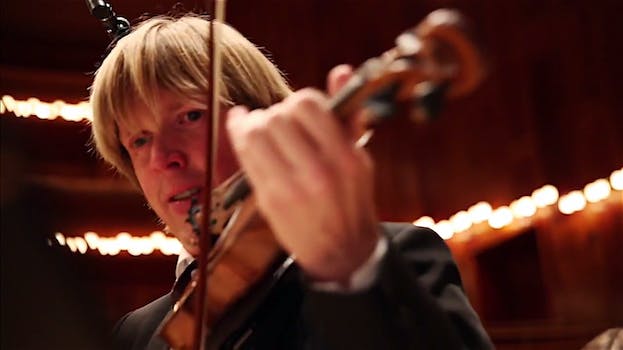 Could anything make this famous tango hotter? Yes, but probably not what you were expecting.

Claus Pilgaard, better known to the people of Denmark as “Chili Klaus,” is a professional comedian. His specialty? Eating chili peppers—and, more importantly, getting other people to eat them.

The “Tango Tzigane,” or “Tango Jalousie,” has been performed innumerable times around the world since Danish composer Jacob Gade penned its sultry melody in 1925. You’ve heard it in countless films and ballrooms. So it makes sense that the Danish National Chamber Orchestra would want to spice it up a little. We’re just not sure they had to go to such extreme lengths.

The tango, which normally sounds like this, takes on a whole different meaning when you see it performed by wincing, sweating musicians desperate to leave the stage and, hopefully, grab the many bottles of water waiting for them in the wings.

The eating of the chili takes place around 1:40, at which point the performance goes from intense to, er, intense. If you’ve ever wanted to know what a collective emotional breakdown looks like, this is it.