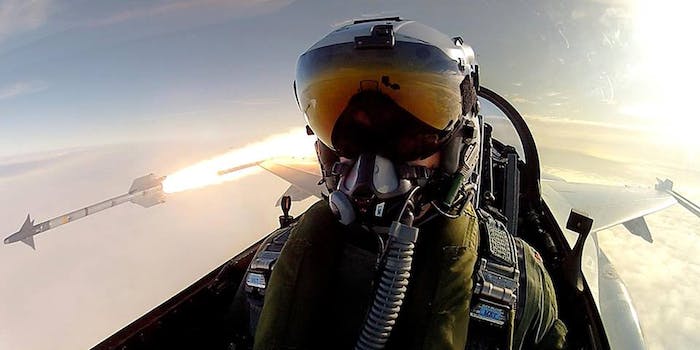 You have to see this fighter pilot’s missile-launch selfie

The next level of selfies is the stratosphere.

We’ve just reached the next level of selfies—the stratosphere.

Selfies have captured everything from a plane crash to a who’s who of Hollywood, but it’s going to be hard to beat this one. 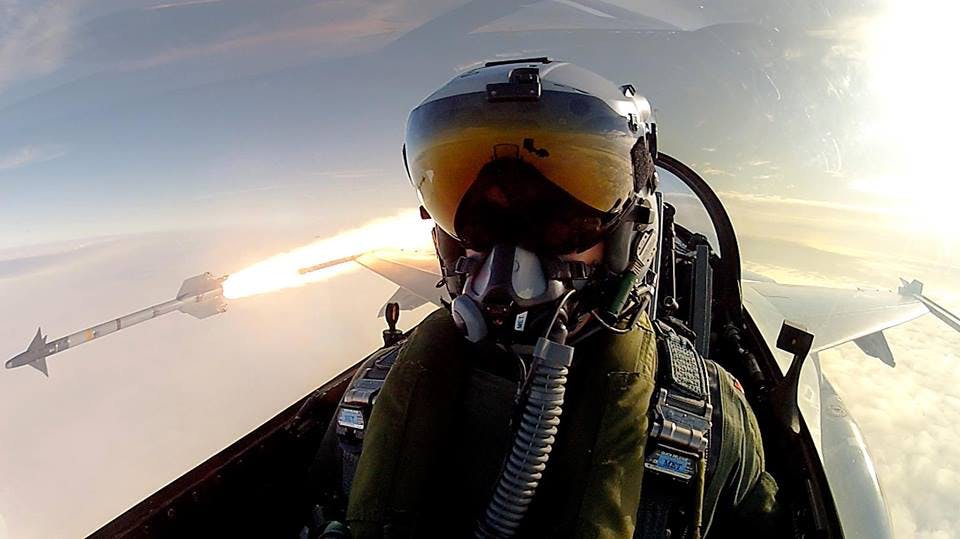 This Royal Danish Air Force photo of an F-16 pilot while shooting an AIM-9 Sidewinder missile makes it look like the right wing is on fire. Even if you initially don’t notice the missile, it’s still an amazing shot—you don’t often see that view outside of an action movie.

You could try as much as you want. This shot probably won’t happen again.

According to the Aviationist, pilots have been taking selfies mid-air for some time, but it’s rare for a photo to be taken while launching an air-to-air missile. Getting a shot during firing activities is even less common.

They may kill us in the end, but until then, keep the selfies coming.