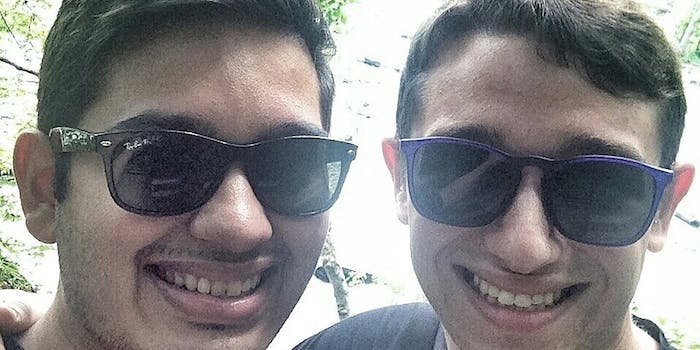 Daniel Pierce received the donations after he surreptitiously filmed the reactions from his religious family.

A Georgia teenager who came out to his family as gay and secretly filmed the tragic aftermath has collected $90,000 in donations.

Daniel Pierce, 19, received the donations after he surreptitiously filmed the reactions from his religious family to the news of him being gay.

“[I] didn’t know that my biggest problem was going to be getting disowned and kicked out of my home of almost twenty years,” Pierce wrote on Facebook before sharing the video. “[T]o add insult to injury my step mother punched me in the face repeatedly with my grandmother cheering her along. i am still in complete shock and disbelief.”

In the description of the video, which has been viewed more than 4.6 million times since Tuesday, Pierce adds how his family tried to hold a “pray the gay away intervention” for him.

The YouTube description also had a link to a gofundme.com campaign that has received $93,805 donations from 3,565 people.

“I intend to use this money to get the basic things I need such as a bed, textbooks, medical stuff and transportation,” Pierce wrote on the GoFundMe page.

Pierce also plans on donating some of the money to Lost-N-Found Youth in Atlanta, an organization that helps homeless LGBT youth.