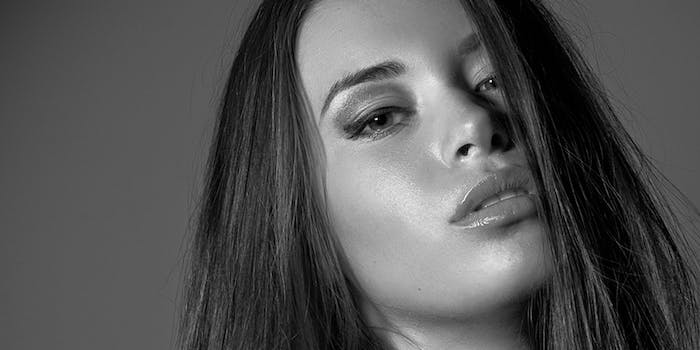 A school district experiences blowback over its "ethical" action.

Before Cristy Nicole Deweese became a Spanish teacher, she posed nude for Playboy. In a video from one shoot, she even spoke about her planned career in education. But when her modeling past was exposed, the Dallas Independent School District saw to it that she lost her job.

That move may have pleased the puritans; it did not, however, sit well with Deweese’s students at Rosie M. Collins Sorrells School of Education and Social Services at Yvonne A. Ewell Townview Center in Dallas. First they began a petition to reverse the decision and tweeted in support.

One of my students started this petition & another one emailed me saying they had gotten over 300 signatures pic.twitter.com/sEpiVajTNq

Then came a Facebook page, complete with some of Deweese’s (clothed) glamour shots and links to stories about Texas teachers who committed far graver—i.e., actually illegal—offenses. Tonya Flink, for example, had sex with four students but was placed on “probation” until she resigned her position (she eventually married one of her victims).

Readers here are encouraged to contact the Texas Education Agency to complain, and the argument—which comes from the page’s creator, fellow model Liz Ashley—is a sound one:

Should we judge this woman for being in Playboy when countless celebrities have been in Playboy? I realize they aren’t teachers, however how are they not “role models” too? Children look up to the celebrities on television and movies now more than ever. The media plays a huge role in children’s development. We are a society allowing our children/teens to hear songs with lyrics like “I wanna take a ride on your disco stick” and yet we’re offended by artful beautiful nude images of a woman trying to pay her way through school?

The TEA didn’t have much in the way of a response to that: spokeswoman Debbie Ratcliffe said only that Deweese’s modeling wasn’t “an illegal activity, but it raises the question about whether that action violated the Educators’ Code of Ethics,” which states that educators “shall be of good moral character and be worthy to instruct or supervise the youth of this state.”

For her part, Deweese seemed ready to move on, getting a Twitter account and activating her Model Mayhem profile, which says “I’ve been modeling since I was 12, quit for a while to pursue teaching and now I’m back.” She hasn’t made many direct comments about the events of the past few weeks, either, but her teacherly instincts have certainly remained intact.

@nancysofancy98 y’all are in class!? Put your phones away! Pay attention! :)