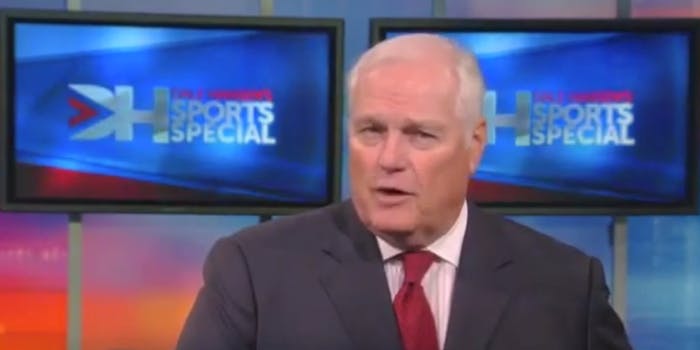 People are still talking about Michael Sam, the first openly gay NFL player, days after he was drafted to the St. Louis Rams, and once again the sole voice of reason belongs to a Dallas sports anchor.

It was a decision that people both applauded and hated, and WFAA’s Dale Hansen has plenty of criticism to air out on his “Dale Hansen Unplugged” segment. Only, uttering the same complains that many before him said, he took another angle: Sam was the 249th pick overall, but he couldn’t believe that 248 other players were better than Sam.

It’s possible that Sam may fail to perform in the NFL like many other college football players, but the SEC’s defensive player of the year should’ve been drafted a lot sooner than he was, as the second-to-last player picked.