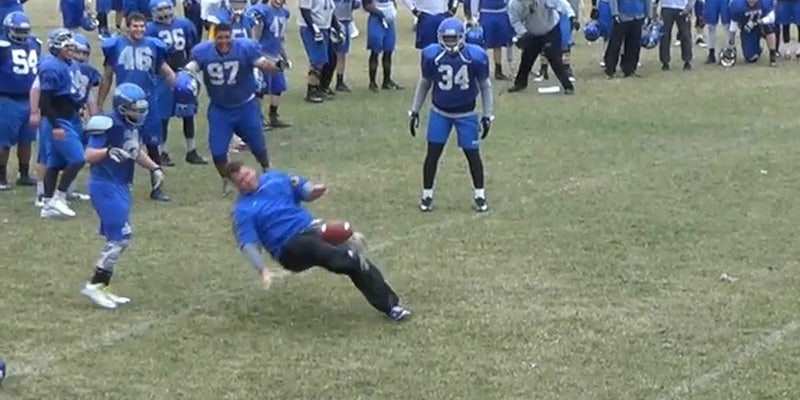 Oh, you don't know what dizzy punt is? Prepare to be amazed.

Apparently the best way to get your football to come together in unity is for the coach to make himself look like an absolute fool in order for everybody else to laugh.

If that’s the case, look for Dakota State coach Josh Anderson to be the leading candidate for NAIA coach of the year.

Check out the video below where the YouTube description points out that Anderson is on the right and assistant coach Cory Miller is on the left. And onto a rousing game of dizzy punt.

Not only are the movements of the coaches ultra-hilarious, but check out the reaction of the team. Look at how many guys are doubled over with laughter, holding their heaving guts.

Although the two coaches completely failed at their tasks, that’s one helluva job well done.